Delayed screenings may have long-reaching implications on the disease’s statistics. 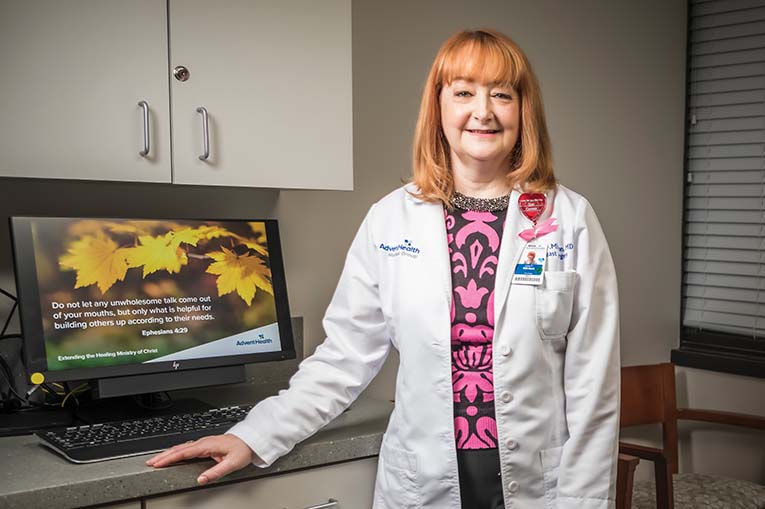 The pandemic’s disruption of preventive mammography screenings may lead to a surge in late-disease diagnoses and unnecessary breast cancer deaths, doctors say.

Although the exact impact remains uncertain, the latest national estimates suggest an uptick in long-term cumulative impact on mortality in the next 10 years.

“If everything goes back to normal, there could be as many as 2,800 preventable deaths,” in the United States from breast cancer, due to delayed screenings, says Dr. Lisa Minton (shown above), a board-certified general surgeon specializing in breast cancer at AdventHealth Medical Group. “We know a lot of women have missed their screenings, especially at the start of the pandemic.”

Mammograms are considered the most effective screening tool for the detection of breast cancer at its earliest stages, when it is most treatable. “There’s no finite timeline for when a woman should stop screening,” Dr. Minton emphasizes. “Even women in their late 80s and early 90s should be screened. It’s the same with all cancers—early is better.”

The American Cancer Society and other cancer organizations generally recommend that women with no family history who are otherwise healthy begin annual screening mammography at age 40. Women with family histories or genetic errors in the so-called “BRAC genes” are urged to start screening 10 years prior to the onset of disease in their youngest relative. Early testing is crucial for women in that category: Carrying one of these inherited genetic anomalies raises the lifetime risk of developing breast cancer from 12 percent to between 45 and 85 percent, before 70 years of age.

A study out of the University of Wisconsin, Madison, on the impact of the COVID-19 lockdown updated earlier predictions, suggesting far more deaths, as screenings were delayed and symptomatic detections were missed in the first six months of the pandemic. Published in the Journal of the National Cancer Institute, the study also looked at reduced or delayed chemotherapy treatments during this initial time frame.

Central Florida is unfortunately no exception to this development. Dr. Kelly LaFave, a radiation oncologist in Winter Park, says her practice has already seen an increase in the number of women with advanced breast cancers, presumably due to the decline in screening. “But the situation is currently evolving,” she says, “just as our understanding of COVID-19 is evolving.”

This article appears in the December 2021 issue of Orlando Magazine.
Categories: Doctors
Tags: Breast Cancer, COVID-19, Mammogram
Want to read the whole issue? Download and read this issue and others on Magzter.