A brief glimpse back at Church Street. 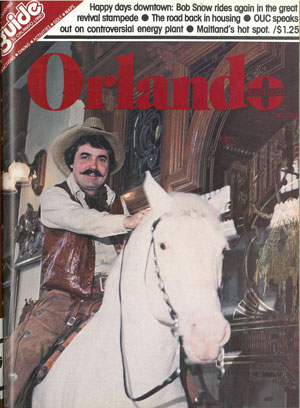 “You do something well enough, beautiful enough, and people will line up. I could have done it for much, much less. But I don’t think people would have lined up. I’m afraid to do less, because someday Central Florida will be the entertainment capital of the world.”

Snow expanded Church Street Station in 1988 to include a shopping emporium, then during the next year sold his stake in the entertainment complex. A refurbished Cheyenne Saloon & Opera House reopened in 2008 and is still in business today.