Get wet, get wild or go for a walk in Tampa Bay’s great outdoors. 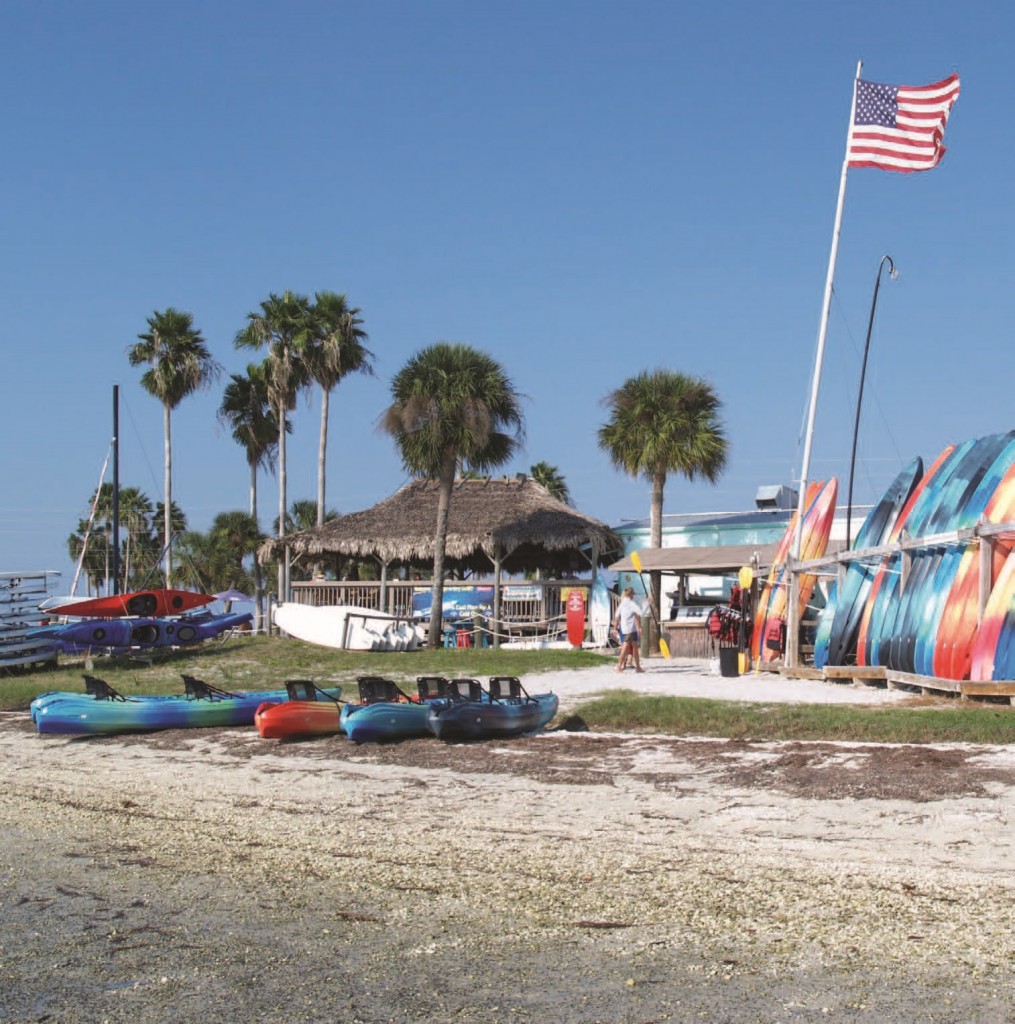 Beaches, yes. The Tampa Bay area has them in spades. Mostly it’s one, long gorgeous strand—the names of which are separated by city boundaries—but it does give them wonderful, seaside flavor. Clearwater. Treasure Island. Indian Rocks. Pass-A-Grille. For visitors, especially those from landlocked locales, it’s exotic. And precisely what the doctor ordered (in particular, Dr. Beach, who’s put Tampa Bay beaches on his annual list on numerous occasions).

But, what if—this might sound ridiculous on face, but hear me out—you wanted to explore a bit of Tampa’s outdoor pursuits, but didn’t want to go to the beach? It’s not as crazy as it sounds.

The Tampa area has countless outdoor pursuits that have nothing to do with lying on the sand or lolling in the waves, and others that brush up against beaching, but keep the focus on some other activity or event. Read on for a sampling of ideas to run with or build on.

Alderman’s Ford Conservation Park’s most popular to-do is a 1.9-mile paved loop that meanders alongside the Alafia River. (Semi-obvious pro tip: there’s also canoeing.) This walk features lots of shade (bring bug repellent), is bike- and dog-friendly and a gorgeous spot for birdwatching, as well as identifying the towering cypress and oaks amid which you’ll be strolling. Footbridges and boardwalks abound as you immerse yourself if in the woodsy nature just a hop from Tampa’s downtown. 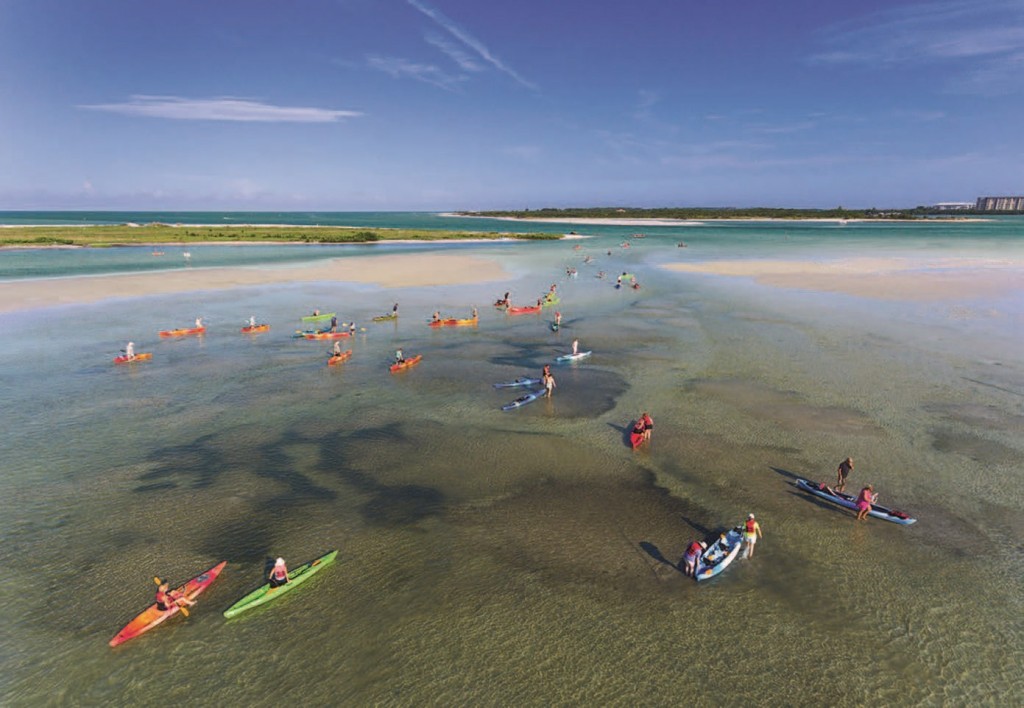 Kayak, to be specific, though there is much to talk about when it comes to Bay Area paddling. Surprising to some, but it’s only as beachy as you want it to be. Out in Dunedin, you’ll find Sail Honeymoon, a family-run outfitter smack in the middle of the Dunedin Causeway that links to Honeymoon Island State Park. It’s a gorgeous beach if ever there was, but you don’t have to take your car. Instead, let Sail Honeymoon hook you up with a kayak and paddle over yourself. What’s more, you can skip the ferry to neighboring Caladesi Island because you can also paddle there yourself! Sublime, sugar-sand beaches await but if you’re more interested in spending time with Mother Nature, head toward the mangroves, where you’re all but guaranteed to glide among ospreys, pelicans, gulls and perhaps even gorgeous, pink spoonbills as they soar, sup and nest. Below, you’ll spot myriad fish, stingrays, young sharks, and the odds are always good you’ll enjoy a dolphin sighting. At low tide, kayakers often skip the shore, opting for the sandbar or low water, which offer all the benefits of beaching without having to beach.

On the other side of Tampa, numerous river excursions beckon via kayak or canoe, traversing through old cypress logging trails where bald eagles soar and river otters swim, but for a bit of a hybrid experience, consider Weedon Island Preserve, a near-4,000-acre playground located in St. Petersburg. Kayak rentals via Sweetwater Kayaks will set you up for the South Paddling Trail, a four-mile loop that will take you over wildlife-rich seagrass flats and winding waterways where tangly mangrove roots shelter young marine life while protecting the coastline. You can self-guide or hit the water with a Sweetwater guide for half- or full-day jaunts. Other cool trips include off-trail paddles, Shell Key excursions, even a nighttime city-lights paddle that highlights downtown St. Pete. 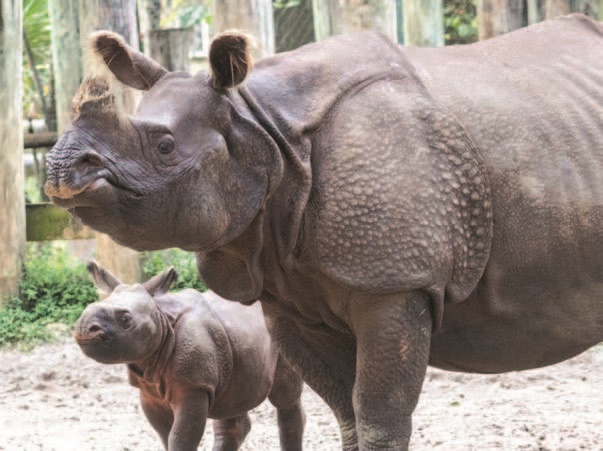 From elephants to otters, there’s a lot to be wild about at ZooTampa at Lowry Park, where the staff seeks to educate and entertain as it rescues and rehabilitates its animal residents. It’s also an ideal spot for all ages to enjoy time that’s mostly spent outside in the fresh air and warm sun. Who will you meet? More than a thousand animals! There’s an emphasis on conservation—many residents come from climates similar to Tampa’s (there’s one area devoted exclusively to Florida)—and several additional programs, animal encounters and other specialized experiences to consider.

Want a little more adventure? It’s less than an hour’s drive, but you may find that trek worth the experience of feeding exotic animals in their own habitats—all while navigating the 260-acre paradise of Safari Wilderness Park. Choose your adventure level, from guide-led treks on customized vehicles to ATV rides, kayak trips or even on camelback! This is neither theme park nor zoo. There are no lines, no wait times. Just an expansive wilderness, family-owned and operated, nestled in the heart of Florida’s Green Swamp. 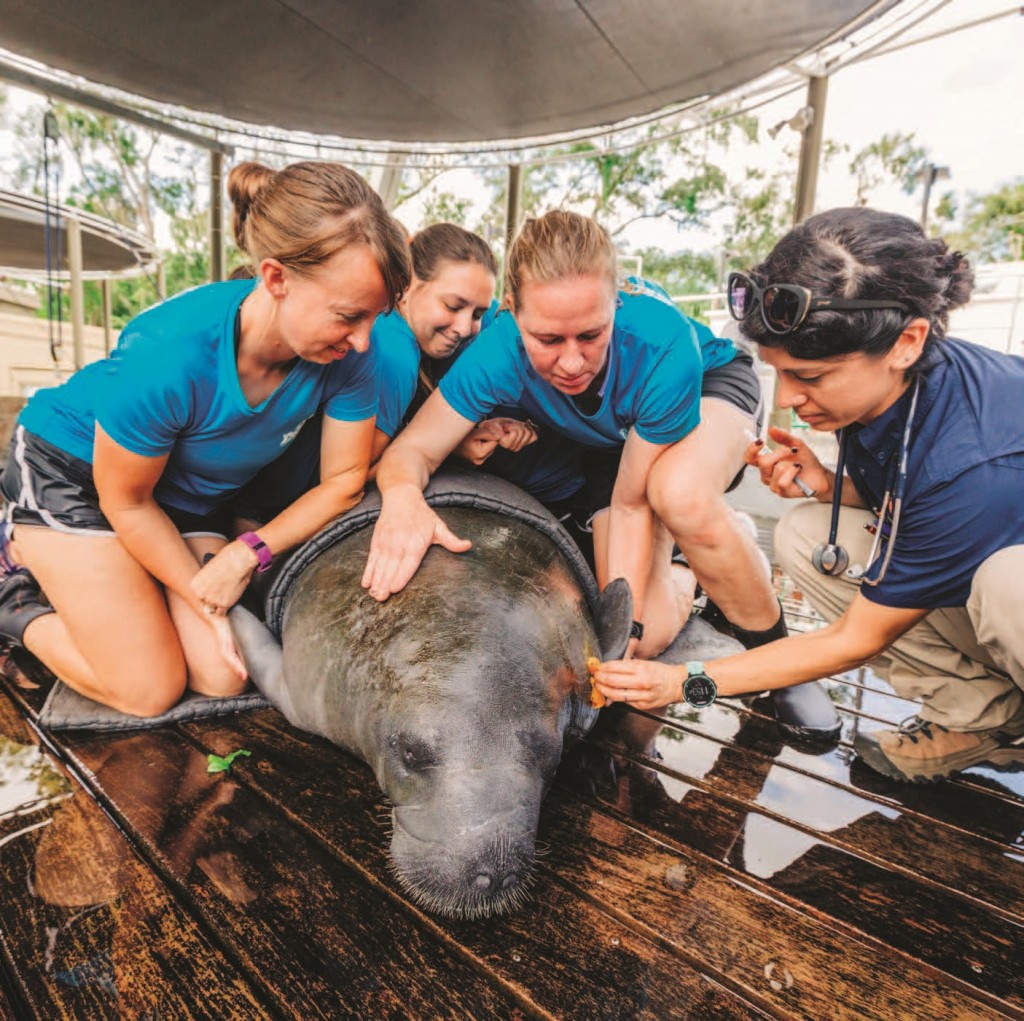 Categories: Travel, Where Tampa
Tags: getaway, Tampa, Travel
Want to read the whole issue? Download and read this issue and others on Magzter.