Get to know some of the leading creators of local brews—in their own words. 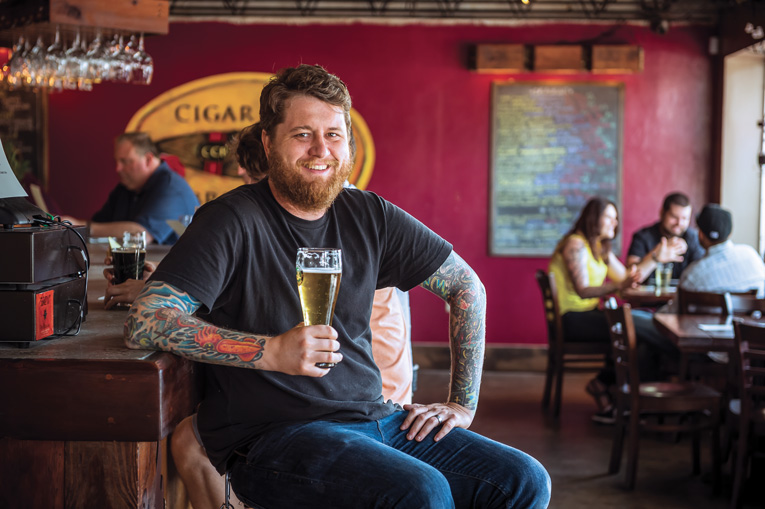 We started brewing three years ago, in small batches. Redlight opened in 2005 and was the only game in town for a long time as a taproom, but that’s all changed now. So I needed to give folks something different. When I look back, I don’t know why we didn’t do it sooner; it’s not as hard as I thought. We’re expanding to a three-barrel system and expect to have eight drafts of our own brews.

I like the unfiltered saisons and sour French farmhouse ales we do.

I think people are really into beer these days because it’s a part of the whole locally sourced movement. I’ll tell you, 13 years ago, I had no idea beer would be this popular. 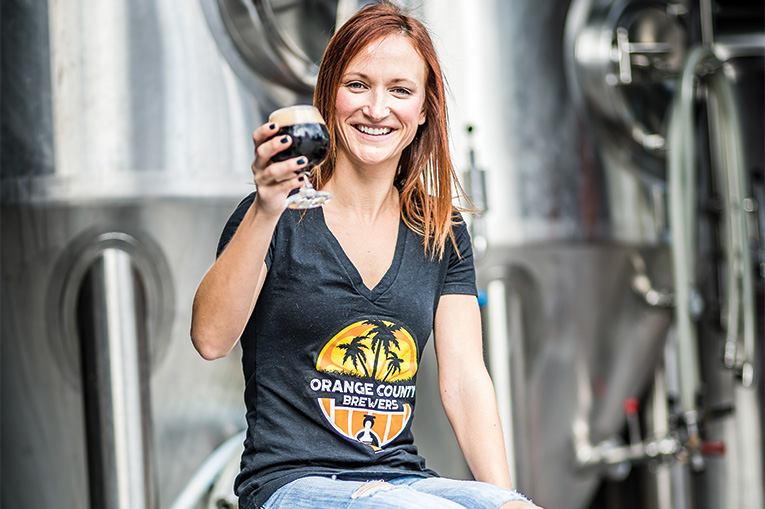 I started out enjoying beer, and then making beer. I did an internship at Sea Dog Brewing Company in Clearwater; they taught me everything I know. Everything about the process is things I like to do: being hands on, working with machinery, a lot of busy work, a lot of science. The hours are long, and at the moment there isn’t any air-conditioning in the brewhouse—as I learned the hard way in the summer when it was 100 degrees back here.

Craft brewing is a small community. As a girl in a guy’s world I didn’t know how I would be accepted, but there’s a lot of support and everybody tries to help each other out.

I think people are drawn to beer because it spans across age groups. It’s a very social drink. 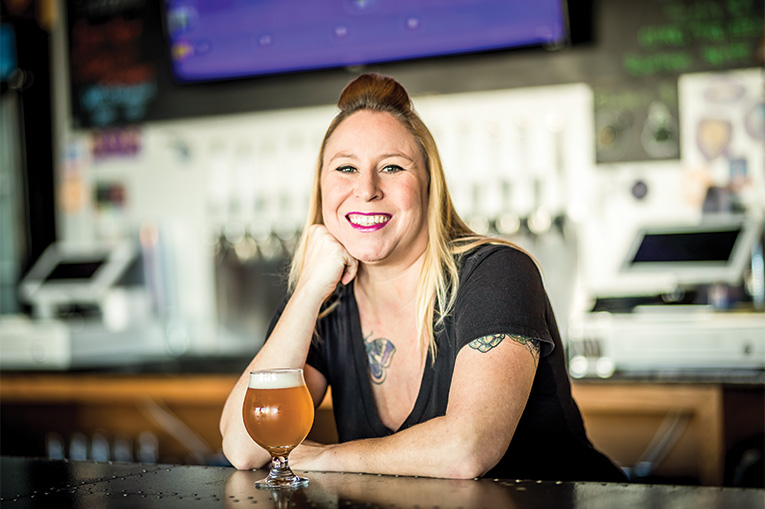 I was originally a “wino” from Sonoma. My husband and I went to the brewer supply store and got books and equipment, and slowly I took over as the head brewer. We have two breweries here at Broken Cauldron Taproom, and we alternate on equipment. Charles [Frizzell of Broken Strings Brewery] likes malty, IPA kind of beers while I’m the sour girl; I brew barley wines and big beers. So basically we have something for everyone.

I’ve got two beers that say everything about me: the Ruckus Red, named after Orlando City Soccer supporters (of which I’m one)— that’s our biggest seller; and a Kölsch wheat beer that’s made with local wildflower honey.

So many people were hesitant when we said we were opening in Parramore; they were afraid because they didn’t know how beautiful this neighborhood is. But we’re here to be a part of the community—we’re hashtag ParramoreProud. 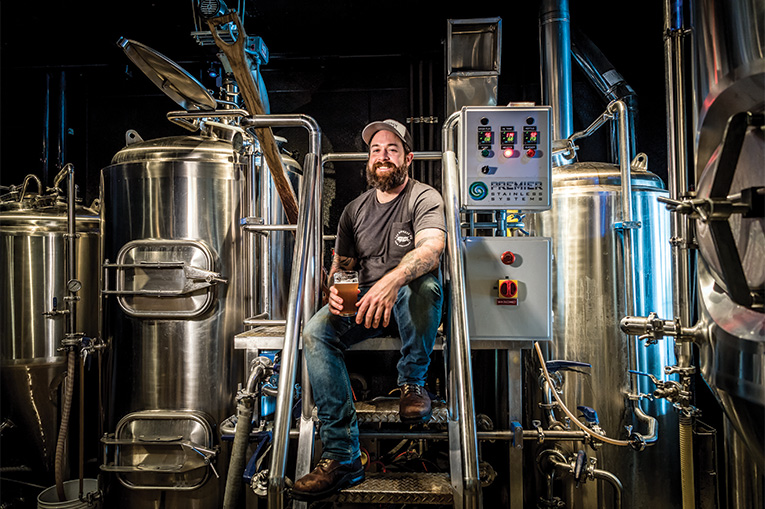 I started as bar manager at Ravenous Pig, planning beer pairing dinners. That led to home brewing, and then when Cask & Larder started I shadowed our first brewer, Ron Raike [now at Playalinda Brewing] and then Garrett Ward [now at Red Cypress]. I went to brewing school in Chicago, and here I am.

Craft beer is an America revolution, just like Sonoma was for wine in the ‘70s. I was surprised by the nature of the work—it’s not all romantically pouring hops into a vat in slow motion; mostly I’m cleaning up and doing paperwork. But the best surprise has been the craft beer community; we really support each other.

I pride myself in classics: blonde ales, IPAs, porters. I like making a well-crafted beer without crazy ingredients that goes with the food we have here in one of the best restaurants in Central Florida. That being said, I do have access to cool ingredients like coffee, fruits, spices … there’s a lot of science, but there’s room for art.