Let’s face it, facial fuzz is growing on men for a variety of reasons.

I’ve been thinking a lot about beards lately because I’ve been seeing so many of them, and I don’t mean those itty-bitty goatee thingies. Those have been popular for years, especially among guys (like me) who are perhaps attempting to compensate for some “thinning” on top.

I’m talking serious fur: full-blown, lower-face-concealing beards, the kind that used to be associated principally with sea captains, lumberjacks and college professors—as well as, it must be said, Karl Marx and Charles Manson.

Image-conscious actors and other celebs have traditionally shunned beards like those—except on their days off or when they’ve played certain kinds of roles, like bad guys in Westerns. Professional men once avoided them even more fervently.

Cheney Mason, the prominent local attorney whose clients include Casey Anthony, has worn a full, neatly trimmed beard continuously since 1975, when beards were rare among his peers.

“I don’t remember very many of my colleagues, younger or older, at the time that had beards,” says the 67-year-old lawyer, whose folksy manner brings to mind a shaggier Matlock. “I do remember one [judge] who had an ultra-right-wing conservative personality, who would make derogatory comments about [my beard] from time to time.”

“Some years later, that very same judge grew a beard,” Mason says with a chuckle. “Beards are commonplace now in every walk of life.”
Except in politics, that is. There the clean-cut image has reigned since image consultants began warning politicians that facial hair would cost them votes. Even a modern-day Honest Abe would find voters skeptical of a politician with a beard.

Our celebrity culture has a role in the rise of the beard. My candidate for leader of the new hirsute pack is Zach Galifianakis, whose films include The Hangover, Dinner for Schmucks and Due Date, and who stars on HBO’s Bored to Death.

I think of Galifianakis as the king of the bearded celebs not just because his projects (especially The Hangover) have been so prominent, but also because his beard is prominent. At first glance, it can make him seem rather menacing, so that when his essential goofiness emerges (as it always must), you may be surprised. And since the actor tends to specialize in playing misfits who are clueless about how foolish they are, his beard can seem like an emblem of his invincible idiocy.

Conan O’Brien’s beard is another matter. Breaking what I had assumed to be an unbreakable tenet for talk-show hosts, O’Brien has worn a beard since the start of Conan, his current late-night show on TBS.

Like Mason, O’Brien sports a beard that’s neatly trimmed and not as thick as Galifianakis’, but it’s certainly a full beard. A beard like that can work against a comedian because it hinders his range of expression. But so far, that doesn’t seem to have been a problem for O’Brien who, with his lanky frame, huge eyes and ginger cowlick, is like a cartoon character come to life.

In O’Brien’s case, the beard is a sort of statement, a way of distinguishing his new show from the work he did for NBC, whose treatment of him he is clearly quite bitter about.

The hair on his face, you might say, is a big “in your face” to his former employer.

Then there’s the intriguing case of Brian Wilson, a star pitcher for the San Francisco Giants who has taken to wearing a full, dark and perhaps dyed beard. Not only is Wilson’s beard visually distinctive, it’s pretty much the opposite of the clean-cut image that professional sports—especially baseball—has promoted since the days of Ruth and Mantle. (The Cincinnati Reds, in fact, had a longstanding policy banning players from sporting facial hair.)

There may be no crying in baseball, but now that there are beards, who can say what comes next? In any case, Galifianakis, O’Brien and Wilson are leading the charge for beards—at least until one of them decides to shave his off.

For a man, a beard can be as much of a personal statement as a pair of shoes, a hairstyle or a lipstick shade is for a woman. (It may even be more of a statement, since it can’t be changed as much or as often.) And yet, when full beards start popping up on so many men, there may also be broader cultural forces at work.

Could it be that the miserable economy—with its attendant joblessness and even homelessness—has made the nation as a whole somewhat shaggier by inspiring at least some of these beards?

As every guy knows, when you don’t have a job, you’re less likely to shave every day. O’Brien has even said that he started growing his beard when he was out of work and didn’t have to shave.

Possibly some of America’s newly shaggy regular Joes are finding it easier to identify with someone like O’Brien, Galifianakis or Wilson than with clean-cut types like, say, Tom Cruise or Peyton Manning.

It’s something to think about, anyway—next time you feel like stroking your beard. 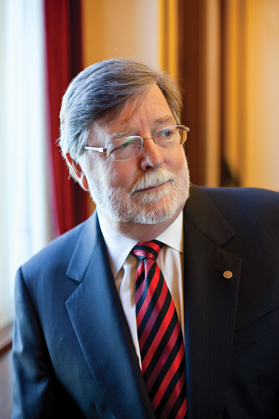 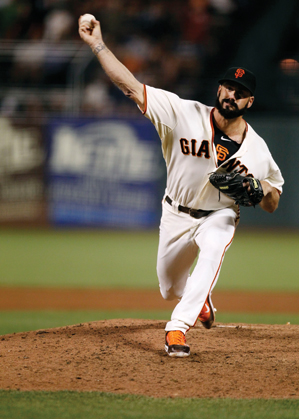 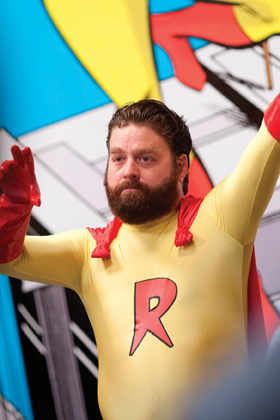 This article appears in the March 2011 issue of Orlando Magazine.
Categories: Health & Beauty