Attractions: Making Magic on the Court

Have you been to a Magic game lately? 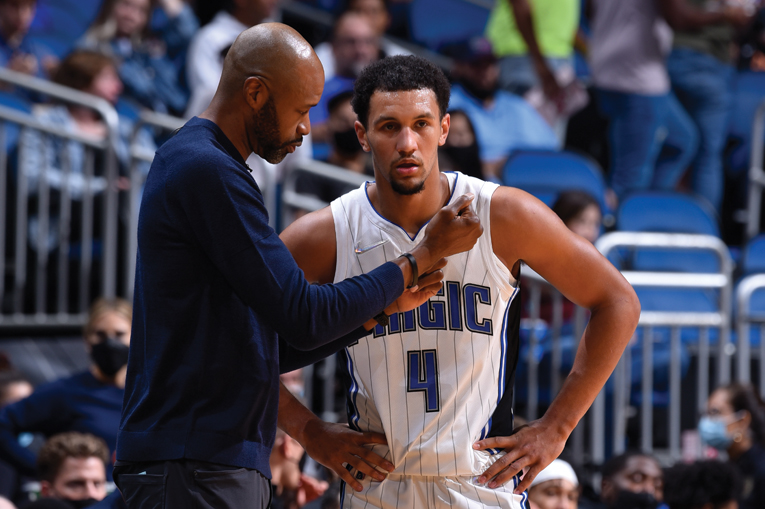 Since the Orlando Magic became The City Beautiful’s NBA franchise in 1989, they’ve won six division championships, had seven 50-plus winning seasons and won the Eastern Conference title twice. While the 2021-22 season has widely been considered a building year, it’s a great time to watch two diamonds the Magic plucked out of the NBA draft, Jalen Suggs and Franz Wagner.

Point guard Suggs, who was chosen as the fifth overall draft pick, played college basketball for the Gonzaga Bulldogs and will forever be known for his stunning March Madness basket. The 37-foot overtime shot led Gonzaga to a victory over UCLA in 2021’s Final Four and took Gonzaga to the national championship game (which they lost to Baylor). Suggs’ game-winning shot is the third longest in the history of the tournament.

Small forward Franz Wagner was selected eighth overall in the draft and played for the Michigan Wolverines. Born in Berlin, Germany, his international career is as distinguished as his domestic; in 2019 he was awarded the German BBL’s Best Young Player award and led U-M in steals during his freshman and sophomore years. Follow the Magic’s schedule—they play 17 home games in February—at amwaycenter.com.