February is jam packed with parties and sports events. 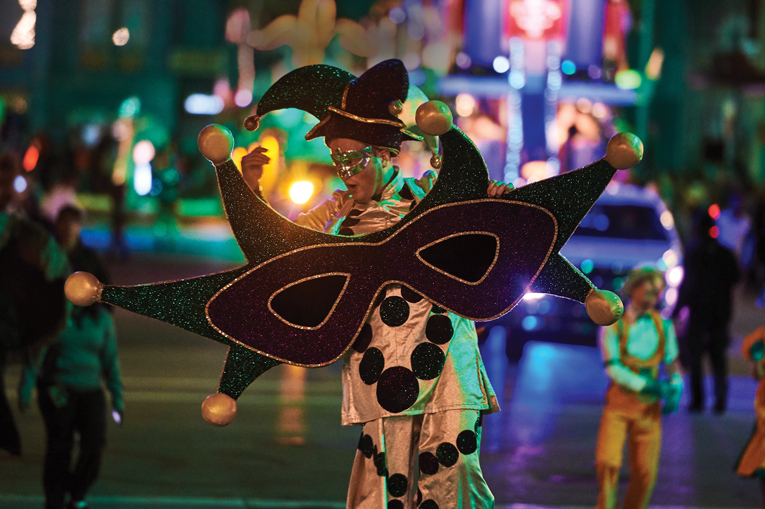 The streets of Universal Studios Orlando come alive with merrymaking as the resort pulls a page from New Orleans in celebrating Mardi Gras. Join Universal Mardi Gras in an uninhibited, family-friendly party full of parades, beads, concerts and cuisine inspired by the bayou itself.

Instead of New Orleans’ typical two weeks of celebrations, Universal’s got it going on for three months, from February 5-April 24. Its dazzling parades feature over-the-top floats shipped in from the Big Easy itself. The Music Plaza Stage features some of the most sought-after names on the concert circuit. Cajun and Creole dishes abound through Universal’s avenues, in addition to other global tastes.

And oh, the drinks! It wouldn’t be Mardi Gras without free-flowing pours; the specialty cocktails are definitely not to be missed. Colorful street performers carry on the festive mood.

Mardi Gras admission is included with a park ticket or annual pass. Concerts and parades on select nights; sign up for park updates at universalorlando.com.