A Banquet to Remember

Homestead Harvest showcased all manner of culinary delights from star chefs as well as lesser-known kitchens.

I alerted you in September about the Second Annual Homestead Harvest event at the Ritz Carlton/JW Marriott complex at Grande Lakes. We had the pleasure of attending last week, and I bring it up because of the remarkable caliber of food present: we’ve got some killer chefs in Central Florida, my friends, and I shudder to think you may be missing stellar cuisine.

Even something as simple as a Scotch egg, crafted by John Janucik (JW Marriott), was a standout: a perfectly cooked egg from Whisper Creek’s own chickens, wrapped in duck confit sausage and presented in a small wooden box, accompanied by a pickled quail egg wrapped in house-smoked salmon. Scott Pizzo of the resort’s Highball & Harvest, created wood roasted octopus condimented (is that a word?) with charred banana peel powder. Sounds odd, tastes marvelous. James Petrakis of Ravenous Pig offered paper-thin sliced veal, topped with tuna ceviche, topped further with a sunchoke and anchovy bagna cauda sauce that was worthy of additional visits. Osprey Tavern’s Elek Kovacs served a simple and powerful chestnut smoked duck dish. And chef/wizard Camilo Velasco from 1921 by Norman Van Aken was grilling whole duck, glazed in sorghum, over an open oak fire that proved to be irresistible (it’s said that Chef Norman took over the bandstand at some point late in the evening; I was already asleep). So many good dishes: oxtail on spectacular flaky arepas from the treasure of the Norman’s kitchen, Andres Menoza; cucumber gazpacho and snapper ceviche from the genial Brandon McGlamery, representing Luke’s Kitchen & Bar; a plethora of desserts via the whole Grande Lakes team. It was good to see our local stars in action, and even nicer to sample noteworthy food from often overlooked resort kitchens in a relaxed, open-air setting.

Enjoy a few scenes from the banquet below (including, first up, that Scotch egg): 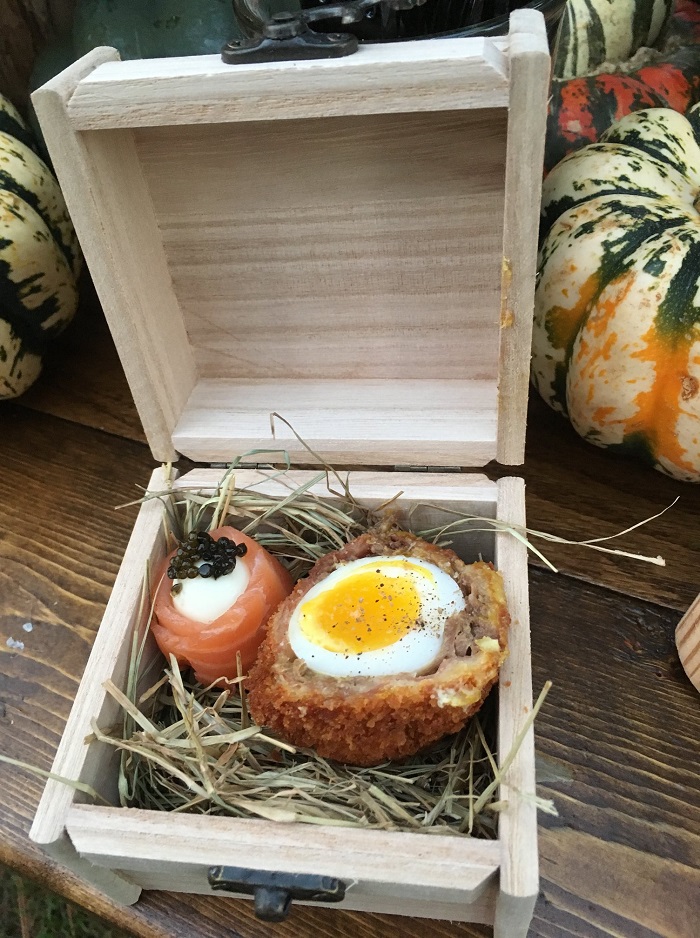 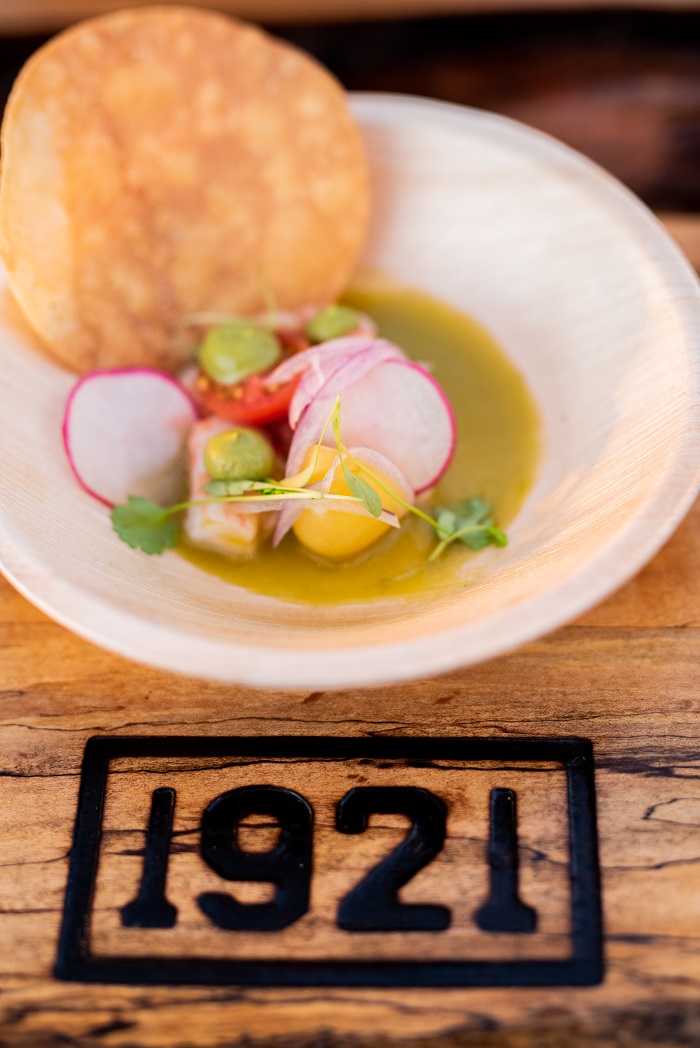 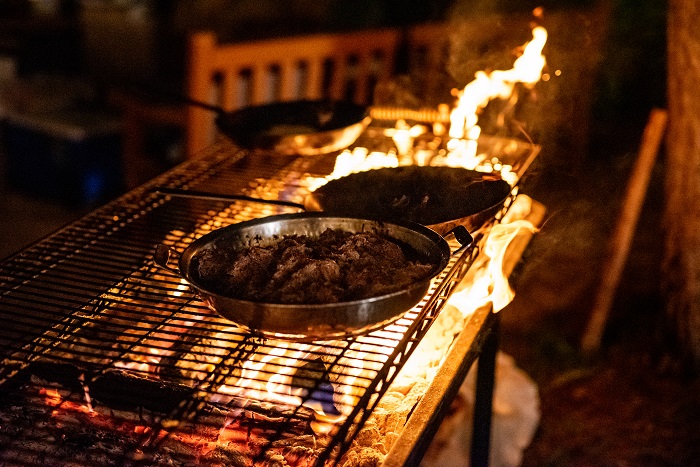 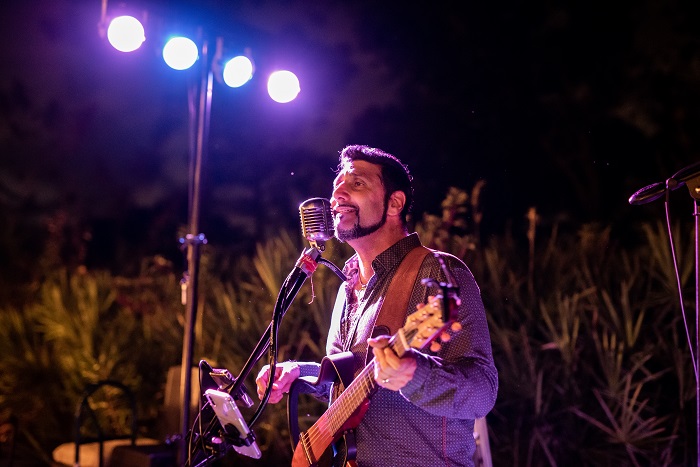 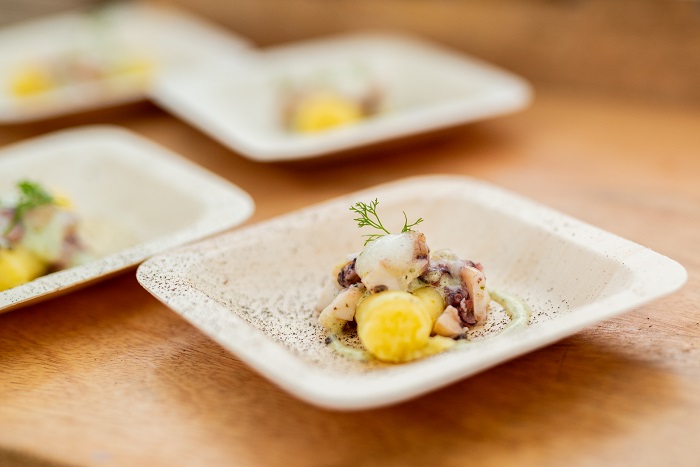 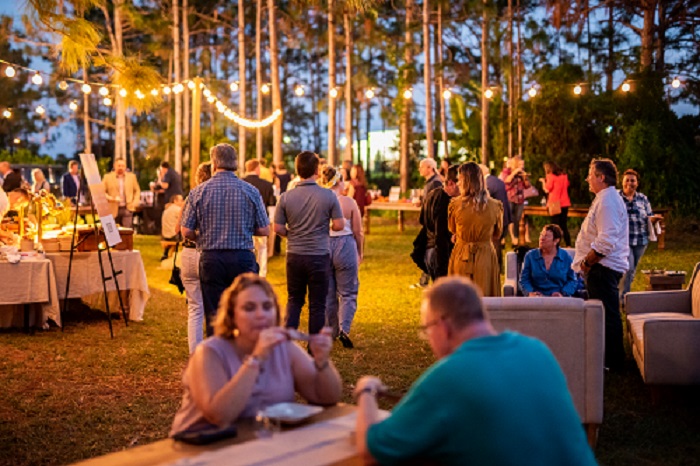 * Orlando’s first Taste of Africa Food & Music Festival launches on November 17 at Eagle Nest Park in Metrowest. Aside from an exciting range of musical offerings (Soca! Dancehall!), 15 food stops with cuisine of Ethiopia, Nigeria, Zimbabwe, Morocco, and the rest of Africa as well as the Caribbean will fill the fest.

* November 10 marks the 20th anniversary of “the Fabulous” Yellow Dog Eats at its home in beautiful downtown Gotha. Founder and owner Fish Morgan will preside with live music, craft beers and offerings of their sandwich and vegetarian fare.

Be brave! Explore new foods and new restaurants in the new year. And tell me what you find at joseph.hayes@orlandomagazine.com.  Access a comprehensive list of my print and online reviews here!