In November, Rosen’s 26-year-old son, Adam, died after a battle with brain cancer. The longtime
hotelier and philanthropist and his Harris Rosen Foundation donated $10 million—and $2 million from a family friend—to the University of Florida and UF Health’s brain research program. He then formed the Adam Michael Rosen Foundation, a nonprofit to help children and families dealing with cancer. Rosen has a long history of community giving and perhaps is best known for providing college scholarships to his employees and young people in his adopted Tangelo Park and Parramore neighborhoods. In June, he celebrated 45 years in business with his eight, debt-free hotels, 6,700 rooms and over $360 million in annual revenue. He is managing a multiyear restoration of the Rosen YMCA Aquatic Center, and he is leading and funding—with other partners—expansion of the University of Central Florida’s Rosen College of Hospitality Management. Rosen also provides financial support to the Jack and Lee Rosen Jewish Community Center in southwest Orlando, and has given enormous assistance to residents of Haiti after natural disasters.  In October, the Orlando Business Journal presented Rosen with the 2018 Lifetime Achievement Award as part of its first-ever Diversity in Business Awards. 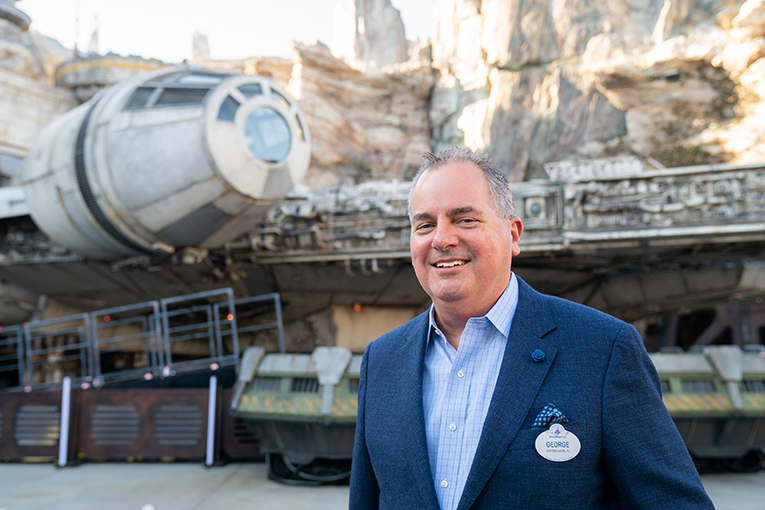 Under Kalogridis’ watch, The Force is about to awaken in a big way, with the Aug. 29 opening of Star Wars: Galaxy’s Edge at Hollywood Studios. The $1 billion attraction will allow guests to make their Jedi dreams come true aboard the Millennium Falcon ship or on the planet Batuu. Already-healthy attendance is sure to skyrocket with that ambitious expansion; a runaway railway ride with a Mickey-Minnie theme set to open next year; and enhancements to Epcot. There's also a Star Wars-themed hotel being built and, lest we forget, Disney Springs continues to be a big draw for both locals and visitors, with its dazzling array of celebrity chef-owned restaurants. Since Kalogridis  assumed command in 2013, Disney World has grown to employ 75,000 cast members, the largest single-site workforce in the nation. Kalogridis also oversaw implementation of the Disney Aspire program at the local park, in which 100 percent of hourly employees’ tuition is paid for by the company up front. UCF, his alma mater, was added to the network of schools in May. 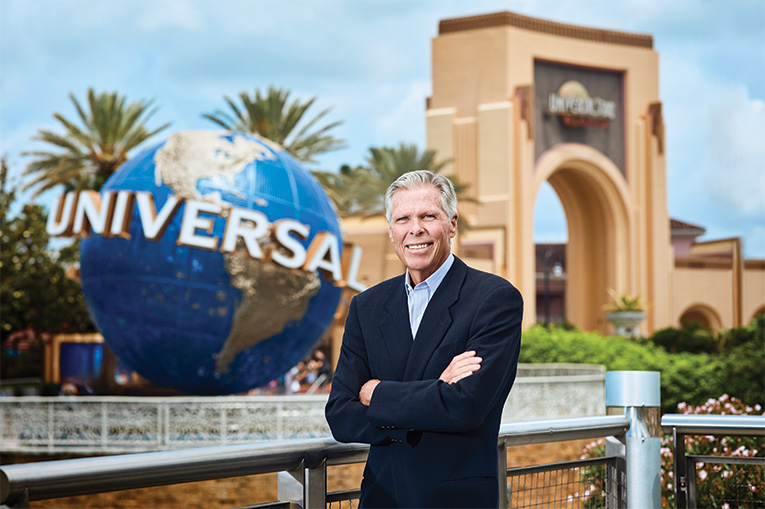 On the morning of June 13, the day that the $300 million Hagrid roller coaster ride debuted at Universal Orlando, the wait was 10 hours. That had decreased to only five hours (!) by 2 p.m. The reception for Hagrid’s Magical Creatures Motorbike Adventure, the latest addition to Harry Potter’s world at the theme park, says a lot about Universal’s popularity. Williams oversees operations here as well as at Universal’s theme parks worldwide. That includes a new park being built in Beijing, China, with a projected opening date of 2021. Back in O-Town, Universal has three theme parks, seven hotels—the latest being the bargain-priced Endless Summer Resort—and the CityWalk entertainment complex. The company remains tight-lipped about what it’s building on land near the intersection of Kirkman and Sand Lake roads, but word is it will be called Fantastic Worlds. Williams has been with Universal for 32 years and led the team that developed the original Orlando park, which opened in 1990. 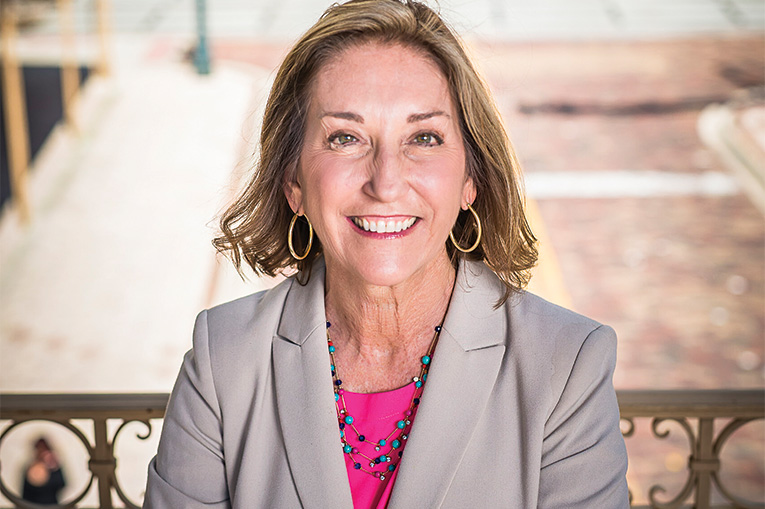 Kelley’s four-year tenure running the local road agency has been productive—and, most notably, low key, given that the four executive directors who preceded her either quit or were fired following controversy or political shenanigans. Kelley oversees a 118-mile toll-road system and a nearly $2 billion, five-year work plan that encompasses Orange, Lake, Seminole and Osceola counties. Over the past year, the agency launched an Orlando International Airport pilot program allowing rental car customers to borrow a visitor toll pass and avoid paying heavy administrative toll fees. It also joined the 17-state E-ZPass Program, the world’s largest, most successful interoperable toll collection system. Kelley serves on several civic panels ranging from the Orlando Economic Partnership Executive Board and University of Florida Transportation Institute External Advisory Board, to the Central Florida Planning Council and Wekiva River Basin Commission. In 2018, she was honored by i4 Business with the Women’s Inspired Leadership-Spirit of Progress Award. 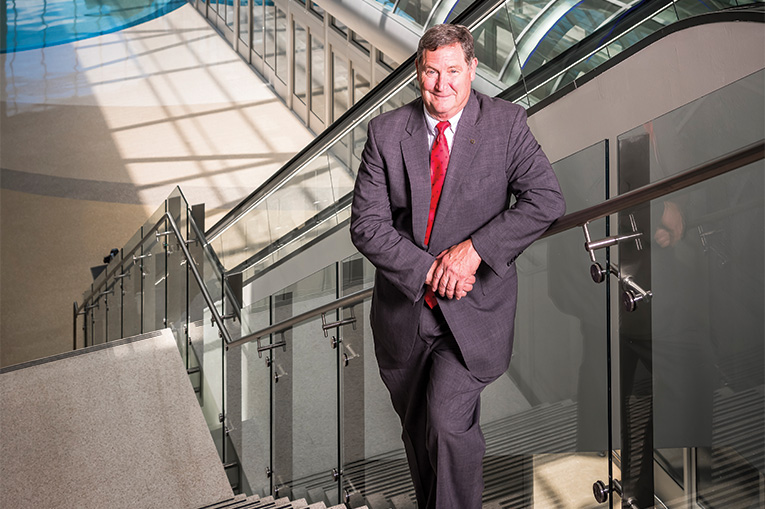 With four new members appointed to the seven-member Orlando International Airport board by the governor earlier this year, Brown helps provide some needed continuity. The nine-year GOAA veteran oversees daily operations at the nation’s 10th busiest airport, which handles 48 million passengers annually and employs 25,000 workers. Brown has been managing the $4.2 billion main terminal facelift and new south terminal construction, slated for late 2021 completion, which will add 19 gates, many for international flights. For the second year in a row, OIA was ranked first in the J.D. Power 2018 North America Airport Satisfaction Study, as voted by passengers. It also was named the Large Airport of the Year in the 2018 CAPA Aviation Awards for Excellence, a top award in global aviation. Last year, OIA became the first American airport to commit to using passenger facial recognition with the U.S. Customs & Border Protection Biometric Entry and Exit Program, for departing and arriving passengers. Brown also serves on the U.S. Travel Association's board of directors, a powerful tourism and business group. 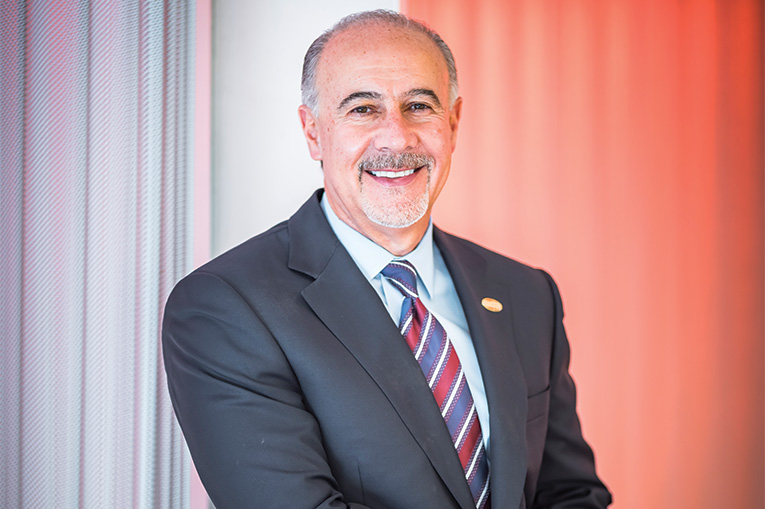 Visit Orlando is marking its 35th anniversary, and Aguel has been at the helm for six of those years, with his team marketing Central Florida around the globe. The tourism agency recently announced that Orlando became the first and only U.S. destination to draw 75 million annual visitors (the number has steadily risen—in 2014 it stood at 62 million). Ninety percent are from the United States, but the area saw a jump in international visitors last year, particularly from Latin America. Orlando is also the nation’s top convention draw, and with new theme park rides opening and the Orange County Convention Center planning yet another expansion, it’s a pretty good bet there will be good news for years to come.