Board Chairman, Dr. Phillips Center for the Performing Arts

The chief patron and chairman of the Dr. Phillips Center is getting ready for the debut of the final phase of his $600 million baby next year. Pugh and his wife, Alexis, donated millions to the project and solicited other donors for millions more to build the Dr. Phillips Center, which opened in November 2014. The final piece, Steinmetz Hall, is set for completion in 2020, and will be used for ballet, opera and orchestra performances. For his leadership, the Orlando Economic Partnership honored Pugh with its James B. Greene Award, which recognizes community figures who have made significant contributions to the region. Pugh is chairman and CEO of Epoch Residential, one of the nation’s largest apartment builders, based in Winter Park. In addition to his arts work, he is a longtime board member of the Holocaust Memorial Center, which is planning to move from Maitland to a site in downtown Orlando. He and his wife also donated $1 million to help relocate and renovate the $30 million project site and helped recruit other benefactors. Pugh served on newly elected Orange County Mayor Jerry Demings’ transition team, and he is a prominent fundraiser for and contributor to Democratic Party candidates. 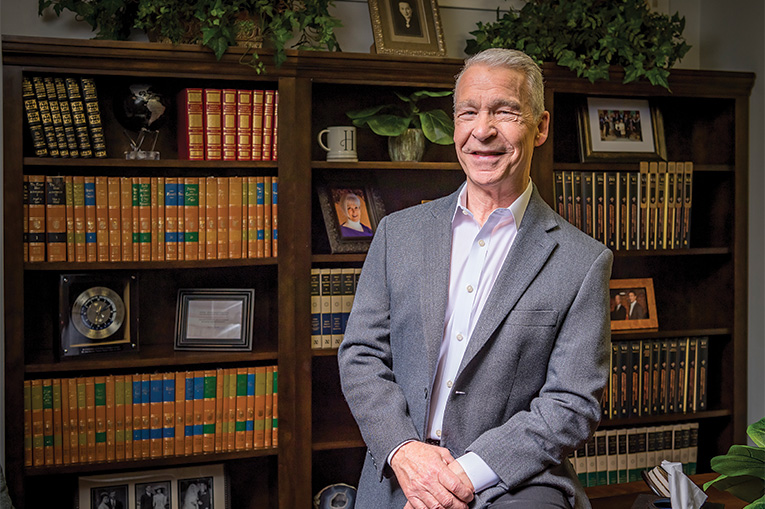 In the two years since Hunter founded the nonprofit Community Resource Network, more than 250 civic groups and faith organizations have joined and 600 volunteers have been trained to better help homeless and needy families. The longtime pastor at Northland Church, who left his post in 2017, also served as a spiritual adviser to President Barack Obama and was board chairman of the Central Florida Commission on Homelessness from 2016 to 2018. “Poverty and homelessness is not simply due to a lack of resources. It is ultimately due to lack of relationships,” he says. Hunter served on Orange County Mayor Jerry Demings’ transition team and is a member of the program and education committee for the onePULSE Foundation. In addition, he is the top liaison for Central Florida faith communities on Project Opioid; a member of Seminole County Sheriff Dennis Lemma’s statewide task Force on the opioid crisis; and chairman of the Faith Alliance Against Human Trafficking. He also founded Simple.Help, a free movement providing residents with easy steps to make a difference in their communities. 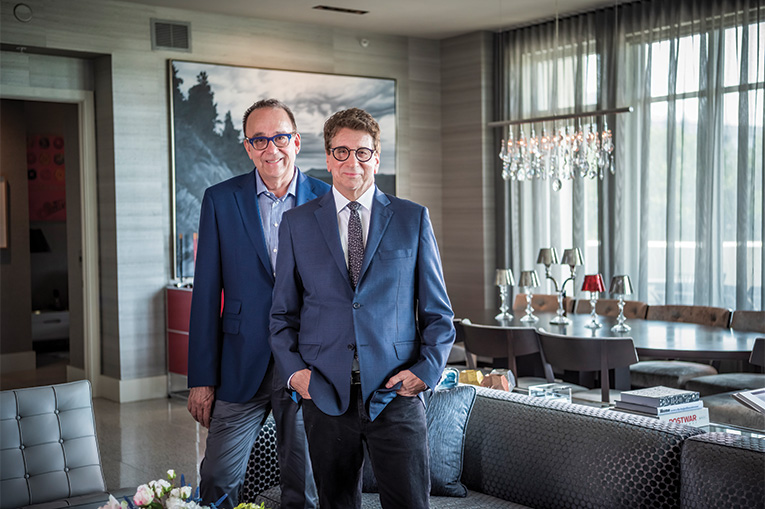 The longtime downtown power couple continue to make a mark in numerous political, social and philanthropic areas. Miller has been a key player in lining up funding for construction of the new Holocaust Museum for Hope and Humanity, to be built on the old Chamber of Commerce site. A recent infusion of $10 million from the tourist development tax put the campaign at about 60 percent of its goal. Miller also is a member of the Orange County Charter Review Commission. Meanwhile, Maines chairs the Paws for Peace initiative that raises money for the Harbor House domestic violence shelter and is a longtime member of the Orange County Library Services board.  In the past year, the couple have held campaign fundraisers in their home for Orange County Mayor Jerry Demings, former U.S. Sen. Bill Nelson, Florida Secretary of Agriculture Nikki Fried, and U.S. Rep. Stephanie Murphy. They are major donors to Equality Florida and the Human Rights Campaign, as well as arts groups like Orlando Ballet and the Orlando Museum of Art. 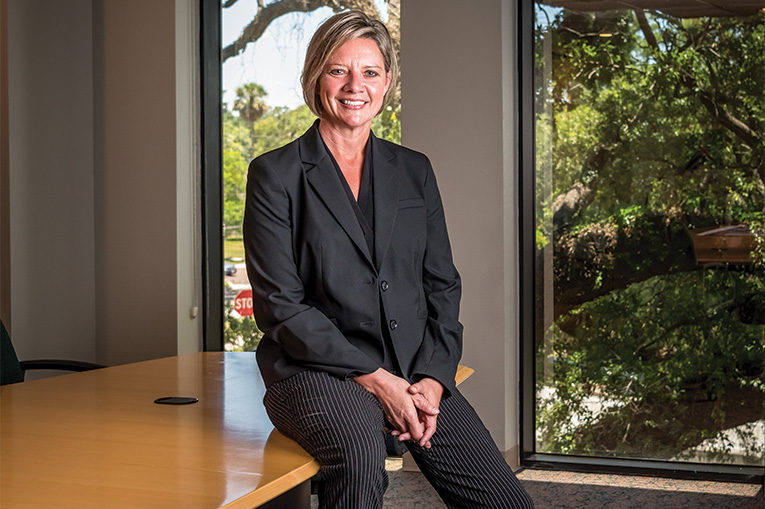 When One Orlando Alliance officials abruptly withdrew an offer to their choice of executive director because of the candidate's social media bullying, they had to find a replacement. It turned out that person was right under their noses. Jennifer Foster, co-founder of the nonprofit formed days after the 2016 Pulse shooting, was the volunteer chairman of the board for the coalition of 30 LGBTQ and support groups until she was made permanent director in October. Her assignment: taking on homelessness, health care and inequality issues affecting the  LGBTQ population, while helping break down barriers with government, business and other civic groups. Her selection was not surprising, since Foster is seen as a natural leader who co-founded the Human Rights Campaign community in Orlando and served on the board of the OneOrlando Fund, which disbursed $31 million to Pulse victims and their families. And when the high-profile Revolution’s Rise of the Rest venture capital bus tour came to town in April, Foster was a featured speaker on diversity. “She’s made it to that level,” says Mayor Buddy Dyer. “She’s the voice to the business community for the gay community.” 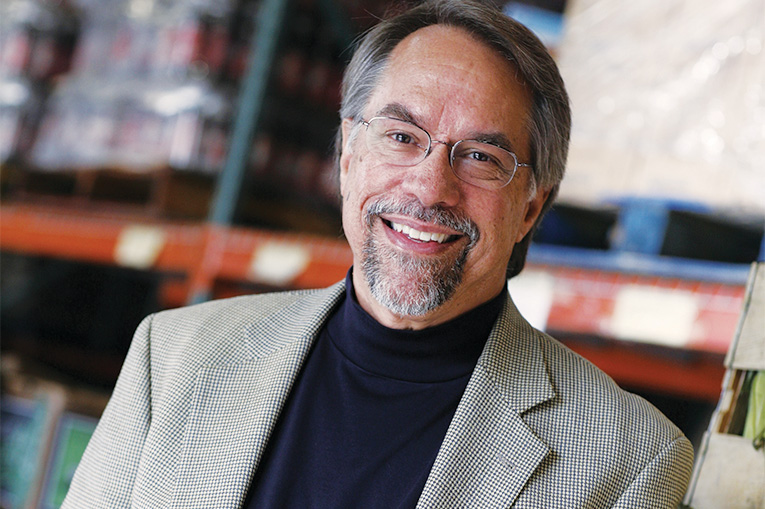 Most businesses work to increase demand for their products and services. Krepcho has worked to distribute food more widely throughout a six-county area while also striving to improve citizens’ economic outlook and, therefore, decrease demand. In his 15 years at Second Harvest, food distribution has grown 500 percent; last year alone, the organization provided 58 million meals through a network of 550 partners to sites such as food pantries, soup kitchens, women’s shelters, senior centers and day care centers. At the same time, Krepcho is working to “continue to expand our success in shortening the line of people that need food through our job training and placement programs.” The organization’s Culinary Training Program has placed all 250 graduates, who are either low-income or homeless, in jobs. All proceeds from the recent launch of its three-product food line, "A Spoonful of Hope,” benefit the training program. Second Harvest has 100 full-time staff members supported by 172,000 hours annually from volunteers. 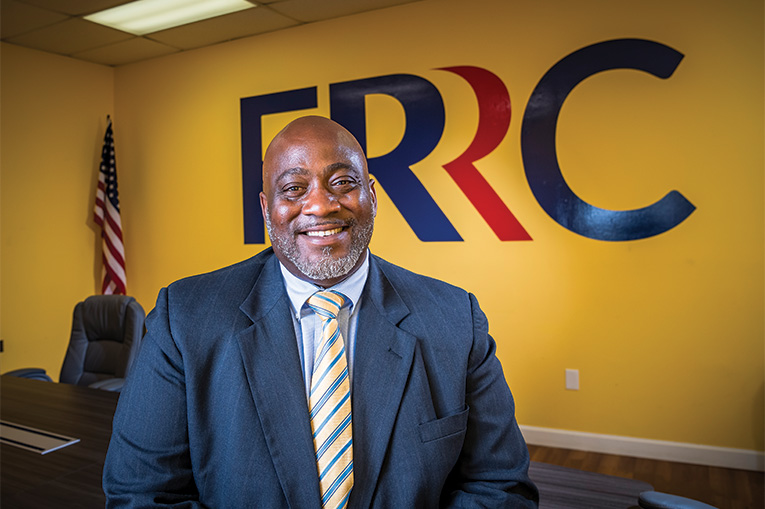 In November, Meade’s dream to make life better for ex-felons like himself came true. As head of the nonprofit Florida Rights Restoration Coalition, based in Orlando, he led the fight for Amendment 4, which won 65 percent of the vote, restoring voting rights for up to 1.4 million felons. In January he proudly obtained his voter card with No Party Affiliation and plans to vote in this fall’s elections. Time magazine named the onetime homeless Miami crack cocaine addict one of its 100 Most Influential People of 2019, and the Orlando Sentinel named him Central Floridian of the Year in March. “My main focus right now is how to make voting and civil engagement exciting again,” he says of the newly registered voters. With passage of a state law in May ordering felons to first pay outstanding fines and restitution in their cases, about 500,000 of them may be prevented from voting for now. Meade plans to raise money to help them pay those debts, or to ask that fines and judgments be converted to community service. In the meantime, the stepfather of five plans to ask Gov. Ron DeSantis and the Cabinet to restore his rights so he can put his 2014 law degree to work as an attorney. 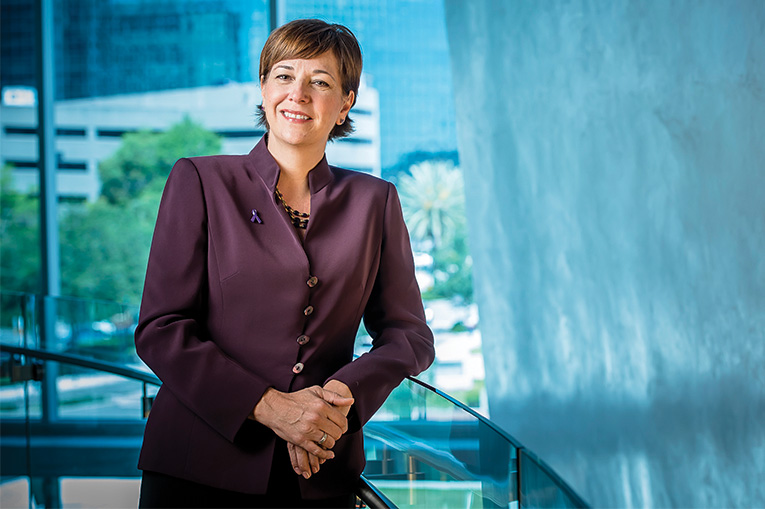 For 10 years, Wick was the local high-profile face of the battle against domestic violence as  head of Harbor House, before joining an Atlanta-based corporate consulting firm in 2016 and moving behind the scenes. There, she provided strategy and fundraising assistance to nonprofits and schools, and groups related to animal rights, human trafficking, the homeless, domestic violence and women’s empowerment. Over the past year, she helped Puerto Rico approve the use of solar-charged batteries for power at community centers, clinics and refugee centers following hurricane devastation on the island; raise money for client schools in Florida, Greece and Africa; and secure three transitional homes for local human trafficking victims. Wick  serves on the White House Women’s Faith Initiative, which is studying everything from criminal justice reform to immigration to women’s equality issues. Last month, the licensed family therapist and certified pet therapy dog owner left her employer and formed Sharity Inc., a consulting firm matching nonprofits with various experts to solve problems. 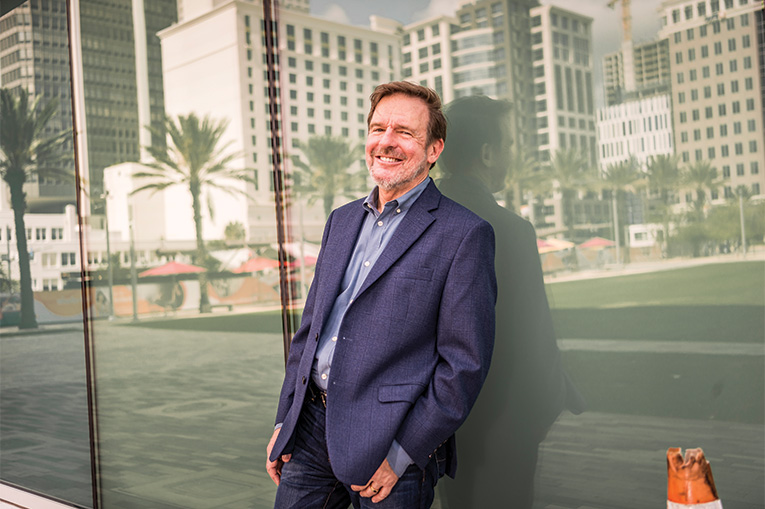 PechaKucha means “chatter” in Japanese. It means quite a bit more than that to Selover. For the past nine years, he has been the volunteer Orlando organizer of that nonprofit event, in which speakers from all walks of life use 20 projected images as narrative stepping stones, spending 20 seconds explaining each image—no more, no less—to tell a story. Selover, who has a background in high-end corporate communications and glossy Fortune 500 branding, fell in love with how PechaKucha, with its grassroots authenticity, evokes the other end of the storytelling spectrum via “hundreds of fascinating people in this city that you might never hear from otherwise.” Three or four times a year, he takes time out from his other jobs as a life coach and vice president of a financial services and retirement plan startup to organize one of the events, featuring eight to 10 speakers at the Dr. Phillips Center’s Pugh Theater. You can find his own revealing TED talk, “How Pecha Kucha Changed My Life,” on YouTube.