Smart technology and development keep Lake Nona and the Medical City one of the nation’s hottest and fastest-growing master-planned communities. And Rasesh Thakkar, front man for Tavistock’s billionaire owner, Joe Lewis, is the person running the show. Thakkar has led successful efforts to bring Amazon’s high-tech fulfillment center, KPMG’s National Training Campus, Johnson & Johnson's Human Performance Institute  and the BBA Aviation-Signature Flight Center Support headquarters to town. The UCF Lake Nona Medical Center, a teaching hospital, broke ground last year. Two hotels are also in the works, and Tavistock has announced that autonomous shuttles are coming to town this summer. Besides Lake Nona, Thakkar oversees the company’s 24,000-acre Sunbridge development under way in Orange and Osceola counties and the redevelopment of its Pier Sixty-Six Hotel & Marina in Fort Lauderdale. Also, Orlando Museum of Art has been in talks with Tavistock about possible relocation to Lake Nona. In February, Thakkar helped lead the seventh annual Lake Nona Impact Forum, which brought together 300 business, government, academic and industry leaders to focus on innovative health and wellness solutions. 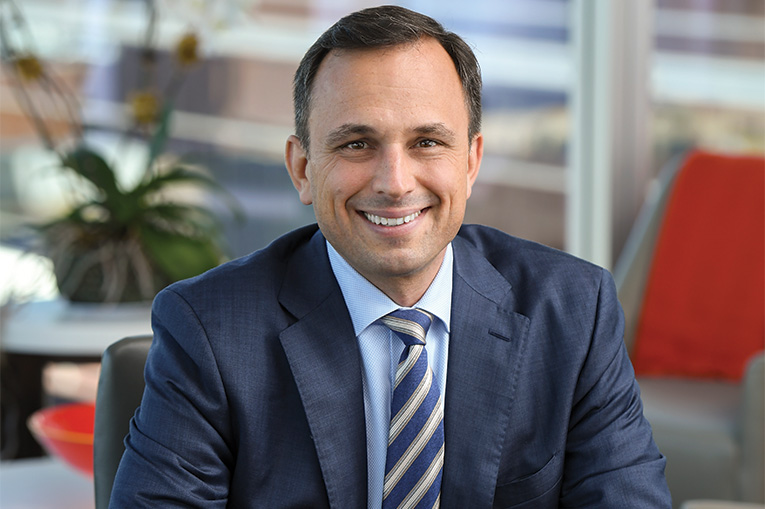 Tol oversees 16 hospitals in six counties, with the flagship campus being AdventHealth Orlando, formerly Florida Hospital. It and all the facilities owned by Adventist Health System, as well as the parent company itself, were rebranded with the AdventHealth
name in January. The hospital company also operates more than 30 CentraCare urgent-care centers and has a network of hundreds of physicians. Tol and his operation emphasize service to both consumers and the community, something certainly in line with Seventh-day Adventists’ belief in whole-person health—healing the body, mind and spirit. And so AdventHealth is active in efforts to ease homelessness and the area’s housing crisis, continuing to devote hefty amounts of money and resources to both issues (it donated $6 million a few years ago toward the efforts to help the local homeless). On the medical side, the Orlando hospital has been recognized for its heart and liver transplant programs, and U.S. News & World Report has recognized its neonatal program as one of the best in the country. Tol says his team is committed to lowering the cost of health care and improving access “for the insured, uninsured and underinsured.” To that end, AdventHealth provided nearly $200 million last year in charity care to help those who fall into those last two groups. 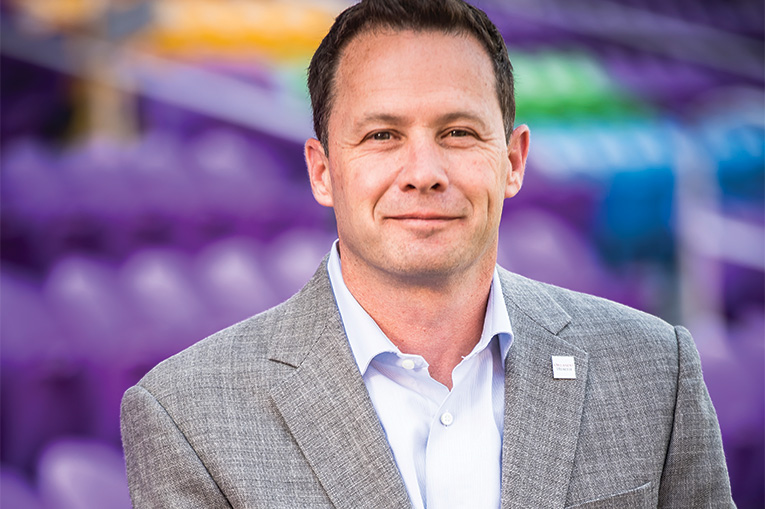 Orlando Health continues in growth mode under Strong, who took over the system of hospitals and its network of physician offices and outpatient care centers four years ago. Under construction are the 103-bed Horizon West Hospital in Winter Garden and a 50-bed hospital in Lake Mary. In the past year, Orlando Health opened four freestanding emergency room/medical pavilion complexes in Orange, Lake and Osceola counties; broke ground on two others, in Lake Nona and Lake Mary; and opened two urgent care centers in Oviedo and Ocoee. Another milestone: The Winnie Palmer Hospital for Women & Babies became the first hospital in the state to perform in-utero surgery to repair spina bifida, and the Arnold Palmer Hospital for Children was named a Best Children's Hospital in five specialties by U.S. News & World Report. Orlando Health also became the first sponsor of the National Pulse Memorial & Museum, giving $1 million toward project construction and establishment of an endowed health-care related scholarship. 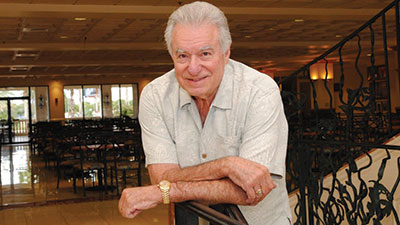 Business has remained strong for Siegel and his Westgate Resorts, the largest privately held timeshare company in the world, headquartered in Orlando. With 14,000 villas and hotel rooms at 27 destinations from Miami Beach to New York City to Las Vegas, Siegel’s business racked up a billion dollars in revenue. The Orlando Business Journal calls Siegel a billionaire and “the richest man in Orlando.” His Westgate Resorts Foundation awarded $1.2 million to nonprofits over the past year, aligning with its mission of “Strong Families, Strong Workforce.“ In May, with Gov. Ron DeSantis on hand, the company hosted 1,500 active duty, veteran and Gold Star families at its first resort, Westgate Vacation Villas & Town Center in Kissimmee, for a free weekend vacation stay. Since the 2015 overdose death of his daughter, Victoria,  at age 18, Siegel has been committed to drug education, changing laws and distributing overdose-reversing nasal sprays to emergency responders. Last year, he and wife Jackie published Victoria’s Voice, a book detailing their daughter’s diary and struggle with drugs. In Las Vegas, they were honored with a 2019 Recovery Award from the Foundation for Recovery. 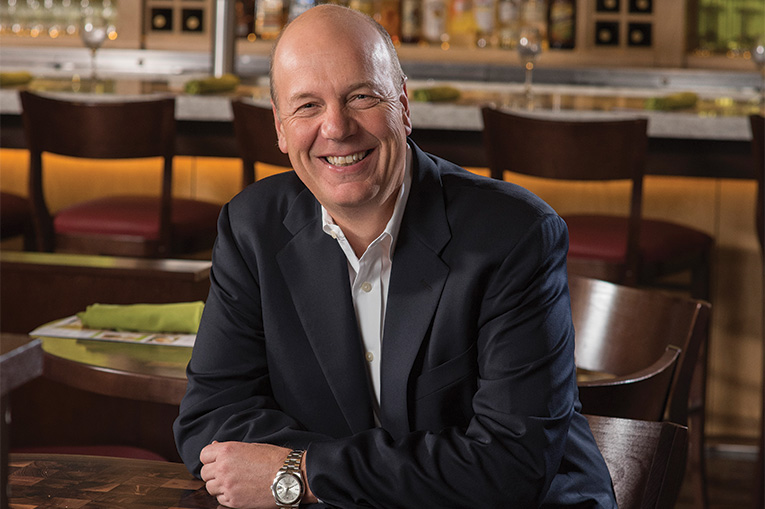 Five years ago, Darden was in turmoil, having unloaded struggling Red Lobster and facing slumping sales, unhappy investors and competitive challenges from fast-casual restaurants. Enter Gene Lee, who has led the remarkable resurgence for Central Florida’s only Fortune 500 company. Today, Darden boasts more than 1,700 restaurants and 185,000 employees. Olive Garden and LongHorn Steakhouse are the best-known brands, with The Capital Grille, Seasons 52, Bahama Breeze, Yard House, Eddie V’s and Cheddar’s Scratch Kitchen also making a big mark on the dining scene both nationwide and locally. And these are happy times for investors: The company’s stock price has tripled since 2014, up 33 percent in the past year alone. Darden’s charitable efforts include a recent $2 million grant to Feeding America, as well as donations of unused food from every one of its restaurants to those in need. The company also has given more than $5 million to the Boys & Girls Clubs of Central Florida over the years, most recently funding expansion of the organization’s Eatonville branch, which is named for Darden’s first CEO, Joe R. Lee. 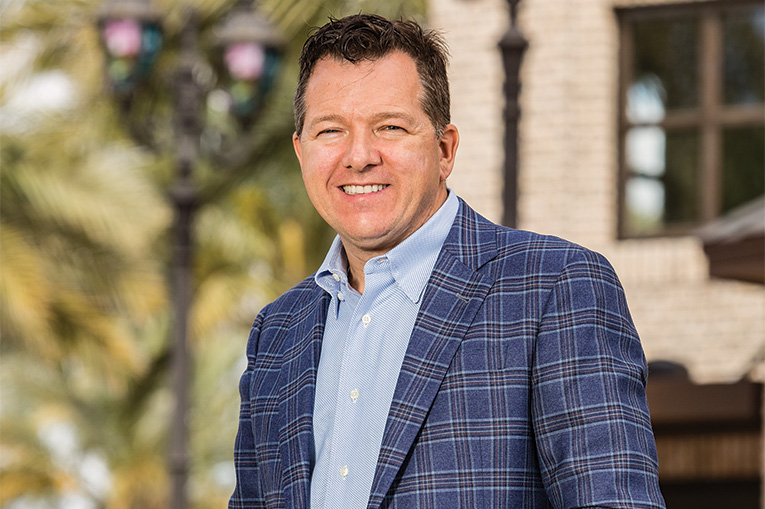 The Orlando native continues to make a huge imprint on local development. Whittall is perhaps best known for building the high-flying Wheel and StarFlyer attractions on I-Drive, as well as bringing Trader Joe’s to Central Florida. But there are plenty of projects yet to come, including the $1 billion O-Town West just off I-4 near SeaWorld that will boast 1,600 apartments as well as a retail boardwalk of shops and restaurants overlooking a $4 million lagoon featuring a “dancing water show.’’ Construction is set to begin this fall.  Most intriguing, though, will be watching what Whittall does with the languishing Orlando Fashion Square property. The developer is negotiating to buy the land that the mall sits upon, with plans to demolish it and build a development  that will include a hotel, apartments, restaurants and a bowling alley. In June, Whittall won Ernst & Young's Entrepreneur of the Year Award for Florida in the category of real estate. 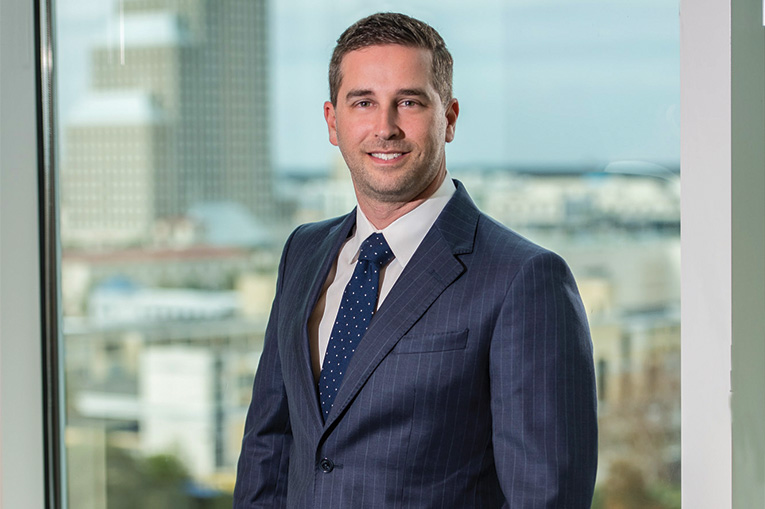 Giuliani is in his third year as head of the public-private partnership, whose goal is to spread the word that the Orlando area is a great place to do business, while advocating for economic development, public policy and transportation solutions that will draw high-wage companies. Under the OEP’s umbrella are groups ranging from the Orlando Regional Chamber of Commerce to the Orlando Film Commission to Leadership Orlando, which helps business people connect with their peers. The partnership takes in seven Central Florida counties, and the board members are a who’s who of movers and shakers (including many on our 50 Most Powerful list). Giuliani succeeded in getting AOL co-founder Steve Case and his caravan of investors to make a stop in Orlando during a recent tour, with the aim of raising awareness of Orlando’s tech and entrepreneurial community. The OEP also appointed a high-level group of leaders to focus on transportation planning, infrastructure and technology for the long term. The partnership just released a report looking ahead to 2030 with various forecasts, including this eye-popper: Orlando will add 1,500 people to the region every week for the next 11 years. That will translate to a population of 5.2 million people, as opposed to the 2.1  million we have today. 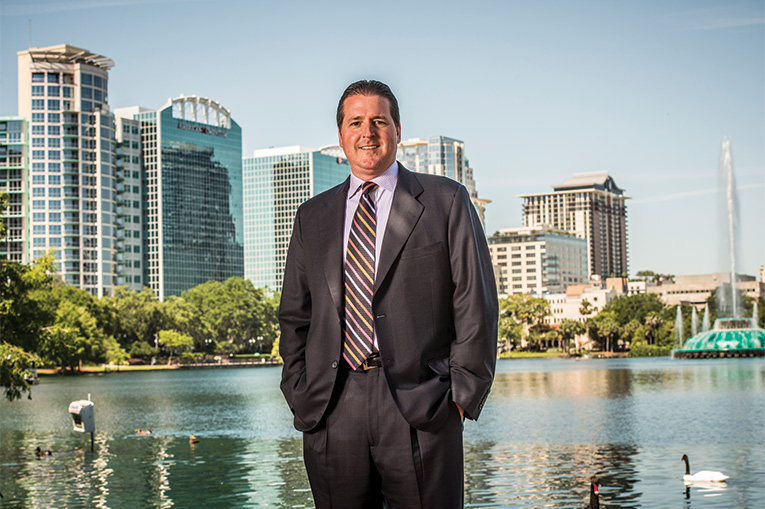 After years of talk, the long-awaited $1.5 billion Creative Village will open for business in August, anchored by the Downtown UCF-Valencia College Campus project. Creative Village and two privately funded apartment and dorm buildings are being built under Ustler’s watch and will help serve 7,700 students. “We still have a lot of work to do at Creative Village and this is at least a 10-to-15-year project,” says the developer, restaurant owner and investor. Central Park at Creative Village opens next year and other office, residential and mixed-use projects are on the drawing board, as part of a 68-acre master plan to revitalize impoverished areas west of Interstate 4, create jobs and offer opportunities to local residents. Ustler has developed apartments and condos with restaurants and retail below them around Orlando, including in Thornton Park and on the northern edge of downtown, all as part of the “New Urbanism.” 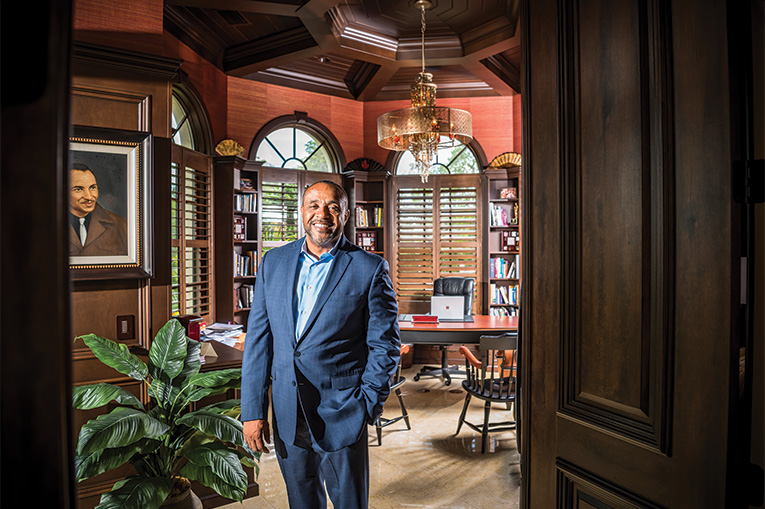 Over 15 years, Mills helped grow Orlando-based ZeroChaos, a global staffing and development business with $3 billion in revenue, making it one of Central Florida’s largest privately owned firms and one of the state’s largest minority-owned companies, before he stepped down in 2016. A year ago, Mills resigned as the Federal Reserve Bank of Atlanta's chairman of its Jacksonville branch to become state campaign chairman for Florida gubernatorial hopeful Chris King ­—and later signed on to Andrew Gillum's campaign for governor. And then last fall, Mills was tapped by Orange County Mayor Jerry Demings as co-chairman of his transition team. A longtime business and community volunteer, Mills serves as a board member for Lift Orlando and the Dr. Phillips Performing Arts Center. Mills also has specialized in helping entrepreneurs make private equity investments in tech-related firms. He sees the biggest community need as coordinating innovative, next-generation approaches to the housing crisis. 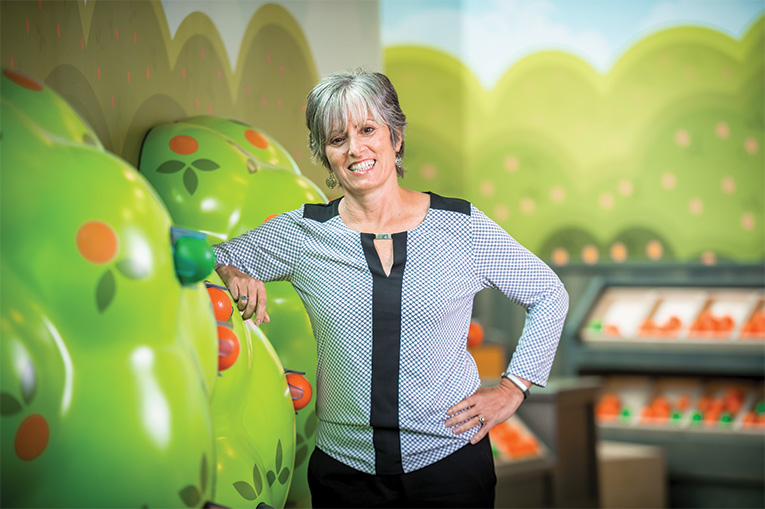 Newman took the helm of OSC in 2009 with a mission: to make the center more accessible to everyone in the community and to promote STEM education. Attendance has grown 65 percent under her leadership, partly through her Science for All initiative that offers $3 admission to those on public assistance programs; in the last fiscal year, 40,000 people were accommodated. “In the past year, we have broken down cultural, logistical and economic barriers for Central Floridians to make Orlando Science Center a more welcoming and inclusive place,” Newman says. The center is also home to the area’s first STEM (Science, Technology, Engineering, Math) preschool and there are STEM enrichment camps year-round. With more than 670,000 visitors a year, the center has become Central Florida’s most attended cultural institution. New to OSC are a flight lab that uses virtual reality to put participants in the cockpit of a jet, and a maker space that gives hands-on access to laser cutters and 3D printers. Coming up: A conservation exhibit called LIFE, now in development thanks to an infusion of $10 million in tourist development tax funding.