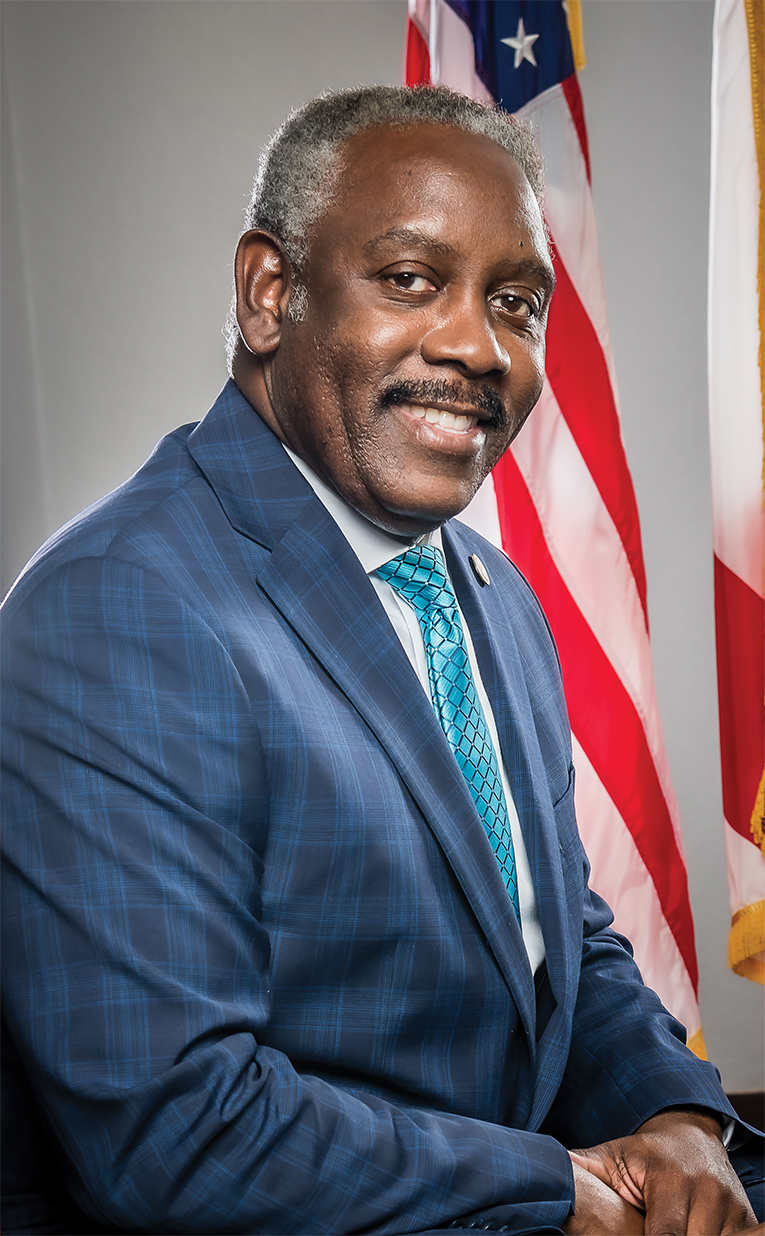 Jerry Demings has an interesting resume. Let’s see. In chronological order: accountant, detective, police chief, sheriff, director of public safety, mayor. Toss in the fact that he is married to State Representative Val Demings, and you have the makings of a reasonably well-rounded and extremely busy man. He boils it all down to being what he calls “a city-county sort of guy.” By that, he means he’s more aware than most people are about the makeup of Central Florida. Did you know that almost three times as many people live in unincorporated Orange County as in its cities? Well, there you go. Now you know. It’s not just trivia to Demings, and it shows something he needs to consider as he charts the course ahead as Orange County mayor—his most recent job description and one he is passionate about. 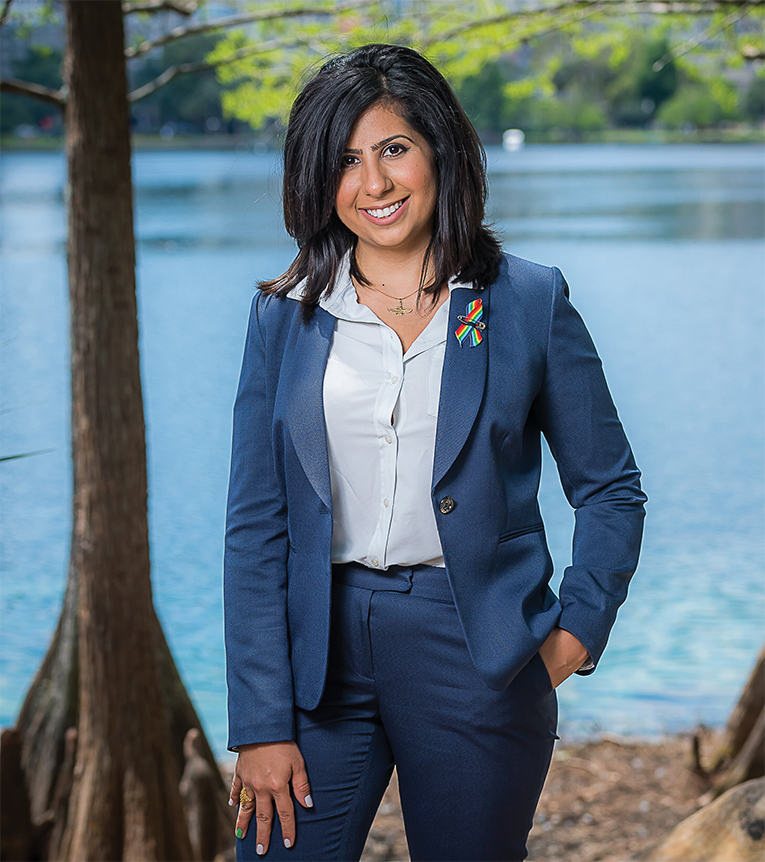 State Representative Anna V. Eskamani is the definition of the American dream—and helps others to achieve it. The Orlando native is the daughter of working-class immigrants who moved to the United States to create a better life for their children. She puts that same grit and determination to work daily fighting for Florida families in the legislature.

“When I think about my mom, I think about why she made Orlando her home,” says Eskamani, who lost her mom to cancer in 2004. “She chose Orlando partly because we are a diverse community, home to folks of all socioeconomic, cultural, and generational experiences.”

As a freshman lawmaker in 2019, Eskamani quickly rose in the ranks as a powerful advocate for community issues such as affordable housing, community safety, and inequality, issues her office still addresses today.

“Despite our region’s incredible growth, we’re still a young community,” says Eskamani, “which means we have the power to shape its future.”

“We tackle these issues by listening first to those directly impacted and bringing together all sectors of our community: public, private, nonprofits, and faith-based, to develop programs and support networks that can help people in the immediate while we push for policies that can fix these problems at a systems-wide level.” 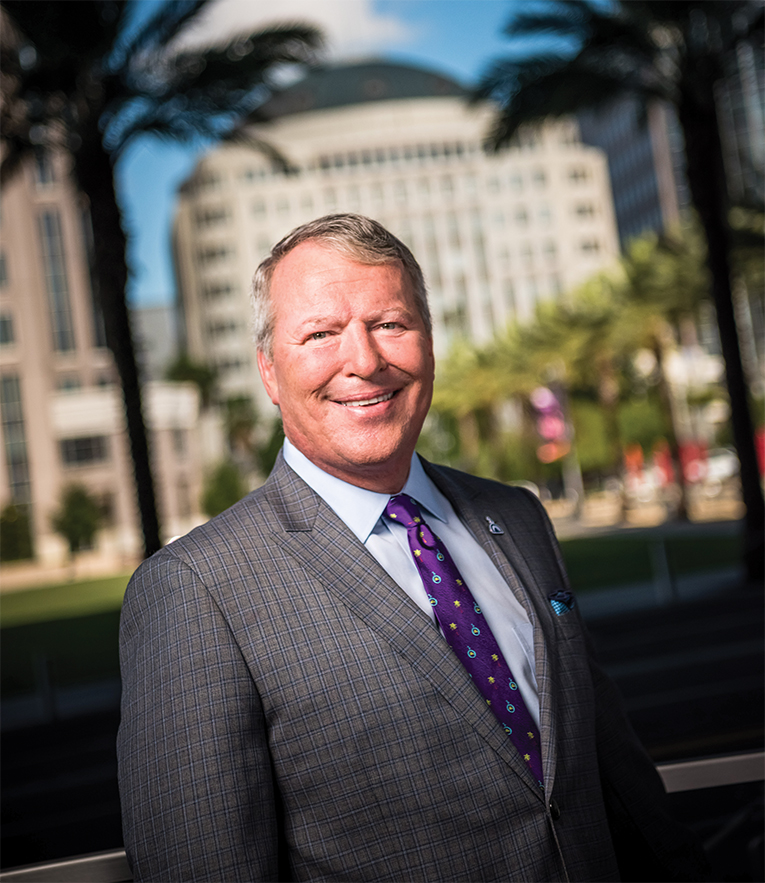 When Buddy Dyer first became mayor, a local publisher told him that Orlando had a little bit of an inferiority complex.
When was the last time you heard anybody say that?

You certainly will not hear it within visual range of the downtown Orlando skyline. As impressive as it is, it’s also a little misleading. The bedrock of the City Buddy Built comprises intangibles. Patience, for example.

“Mayor projects take decades,” says Dyer. “I’ve learned you have to work at collaboration and partnership. It’s not easy, but it is fundamentally important to moving any of these major initiatives forward.”

Hard as it is to believe, Dyer has nearly two decades as a mayor under his belt. But he’s still focused on the future and parlaying intangibles into reality. “We recognize that Orlando’s next major employer is probably just an idea in an entrepreneur’s head,” he says. 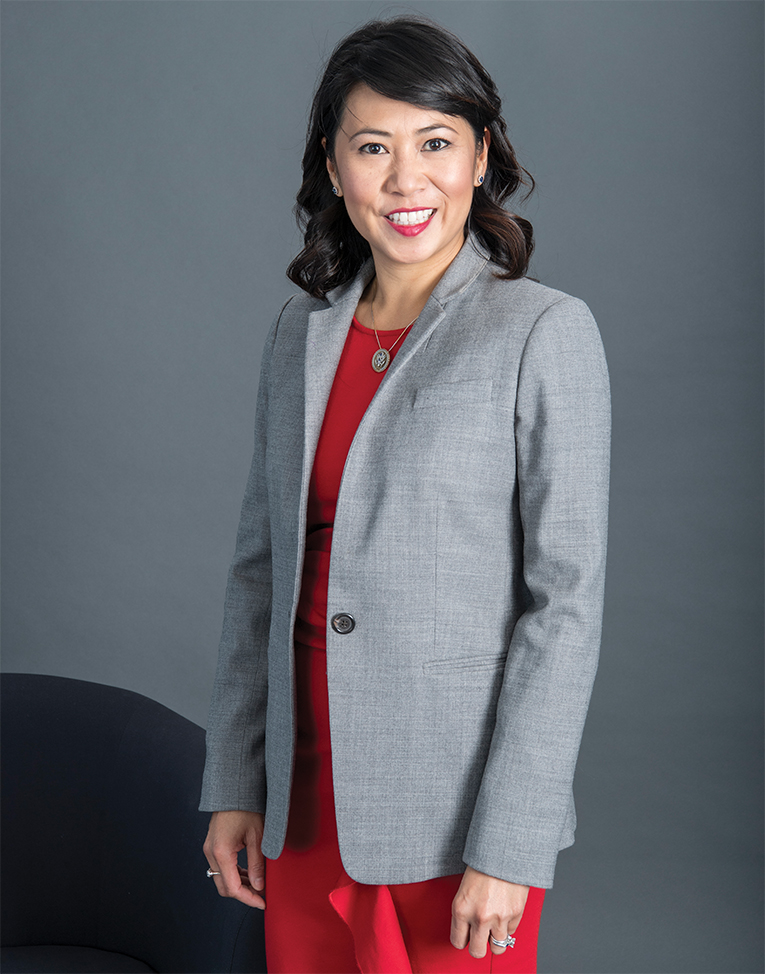 U.S. Rep. Stephanie Murphy served her country after the September 11 attacks, working for the Department of Defense as a national security specialist. No surprise, as her life choices have been guided by coming from a family that fled a Communist regime. The moderate Democrat says she believes in democracy and that she is responsible for protecting it as a citizen and an elected official. In 2016, she set her sights on Washington, D.C., and won a seat in the U.S. House of Representatives, serving District 7. Murphy, the first Vietnamese American woman ever elected to Congress, is in her third term but announced in December that she would not seek a fourth. She is still mapping her future, but she will always be a trailblazer. 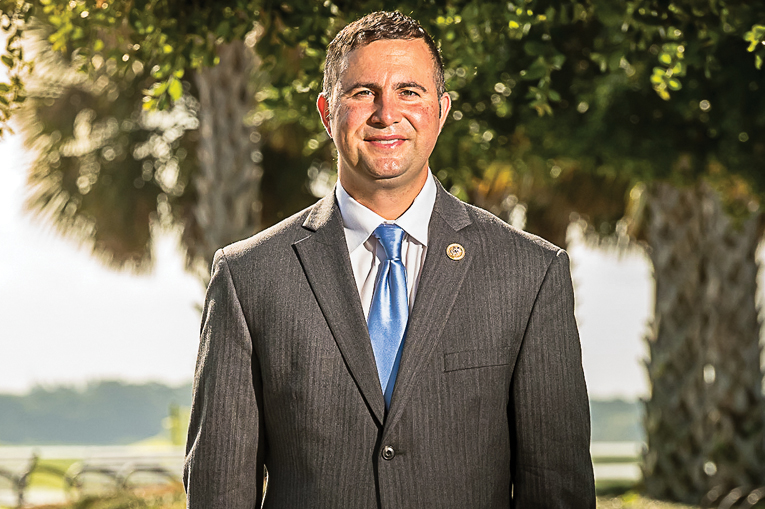 Born to a Puerto Rican father and Italian American mother, it exposed Darren Soto to multi-cultural experiences that helped shape his life in public service.
“I had a wonderful childhood,” he said. “By the time I was born, my parents went from growing up on public assistance to being well in the middle class. My dad served in the Navy and was in the reserves. My great uncle served in the Carter administration. I had some great examples, whether my father or uncle helped.”

There would be more defining moments along the way. “I fell in love with politics and policy being in Orlando and volunteering for other candidates,” he said. “Knocking on doors and seeing what people’s needs were.”

“Two big surprises about Washington for me were one, you can get things done, and you can work across the aisle,” he said. “You have to find the right opportunities. And they are essential because we have the fourth fastest growing district in Congress.”

Reaching across that aisle, Soto has worked to secure hurricane relief, pandemic relief and support an infrastructure package. Soto hopes to continue that work as he seeks his fourth term in office. 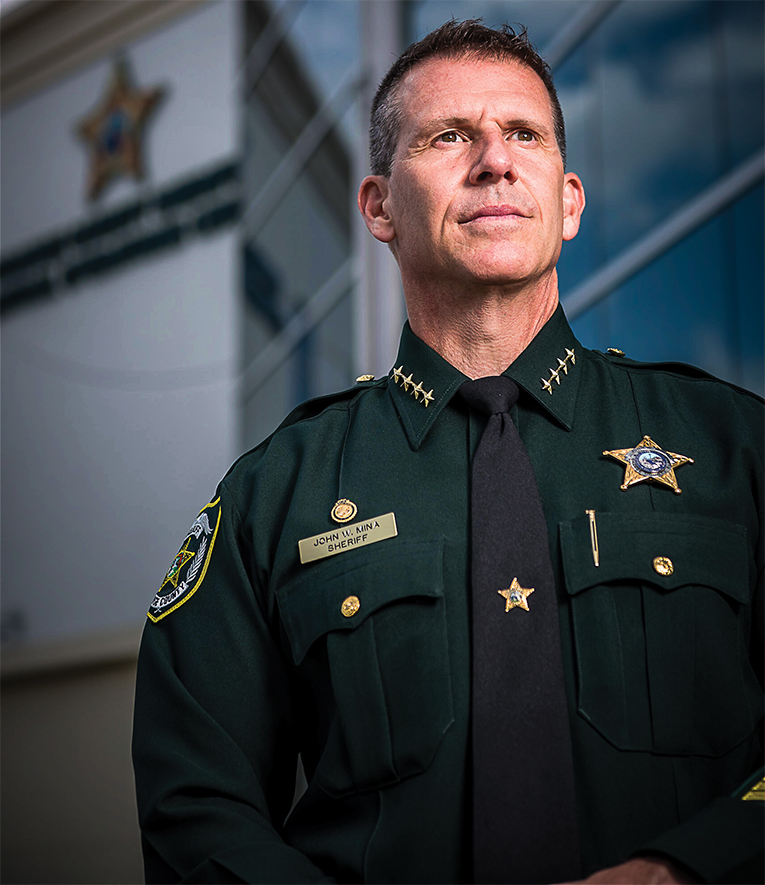 The United States averages a devastating 1.7 mass shootings a day. That includes tragedies such as Robb Elementary School in Uvalde, Texas, where 19 students and two teachers were murdered while law enforcement officers waited for reinforcements and guidance.

Orange County Sheriff John Mina has instituted a policy where a single deputy must respond to an active shooter on a school campus without waiting for backup.
A two-term sheriff, Mina is no stranger to mass shootings. He was the Orlando police chief on June 12, 2016, when Omar Mateen shot and killed 49 people and wounded 53 more at Pulse, a gay nightclub in Orlando. Orlando police killed Mateen after a three-hour standoff.

Mina, part of a national task force reviewing the Uvalde shooting, commands over 2,500 sworn and civilian employees at the Sheriff’s Office and oversees a $311 million budget. 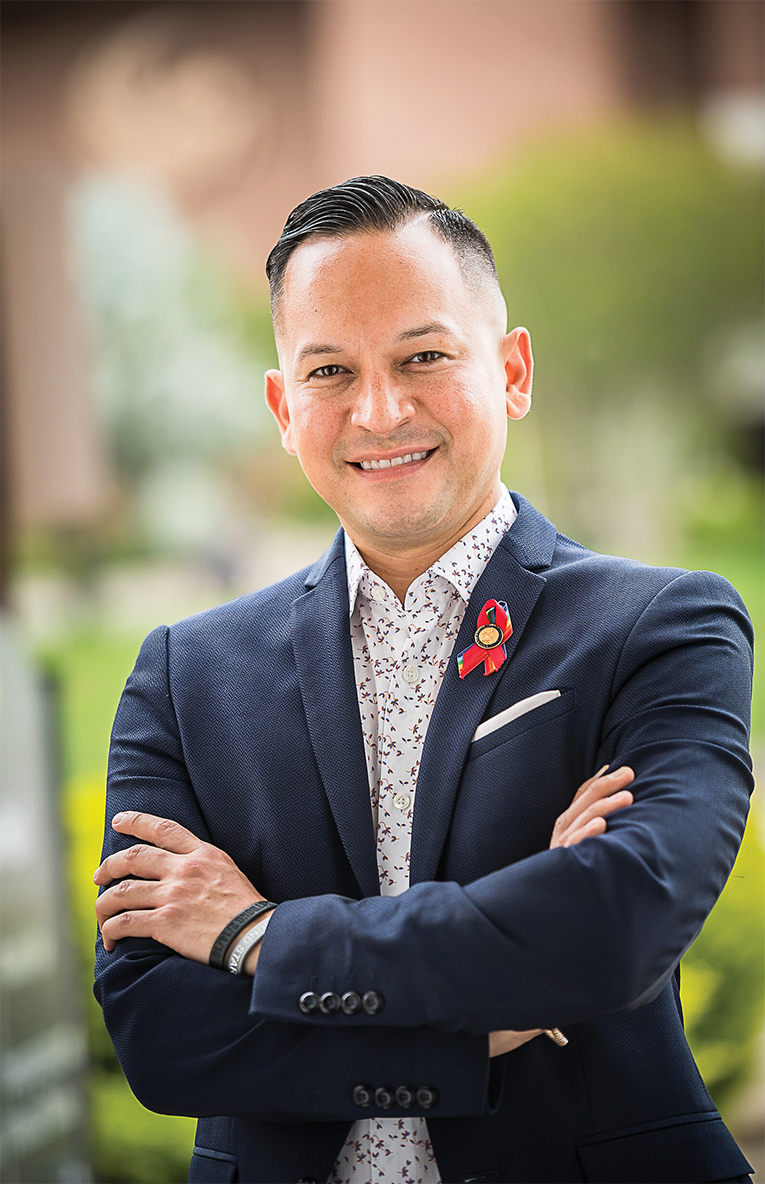 Carlos Guillermo Smith has been a Florida House of Representatives member since 2016. It is lonely for Democrats such as Smith, as Republicans control the House by a 78-42 margin.

Smith, who used to represent a primarily northern Orange County, has experienced a shift because of gerrymandering to District 49, which now includes southern Seminole County. It is distinctly more Republican than his old district 37.

Smith has championed LGBTQ+ rights, often called the House’s conscience. He was the first openly gay Latino to serve in the House.

Most recently, he joined with fellow Democrat Anna V. Eskamani to promote a tenant bill of rights and to expand the tourist tax to help finance affordable housing. The GOP shut down both measures.

A Fort Lauderdale native and graduate of the University of Central Florida, Smith, has harshly criticized Republican Governor Ron DeSantis, saying he is not doing enough to combat climate change or deter gun violence, among other issues. 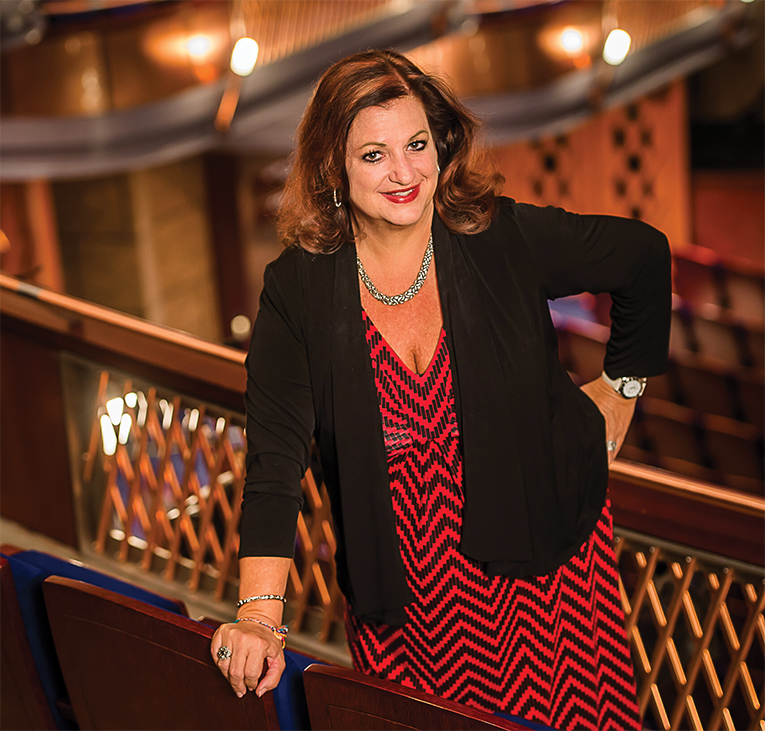 She is an attorney, a mother, and an advocate. Those are the three words Mayanne Downs uses to introduce herself, although she is well known throughout Central Florida for her work as a negotiator and litigator.

The Orlando native was the first woman to serve as Orlando’s city attorney. She has held that position since 2007, managing 25 lawyers and providing counsel to Mayor Buddy Dyer and Orlando City Council.

Orlando has drawn national attention over the years for its diverse employment landscape, making it a destination for jobseekers, yet it maintains its small-town feel.
Downs notes that balancing act: “We have managed explosive growth over time in a fair, efficient and inclusive manner.”

She says Orlando’s most significant challenges will center on social and environmental issues.

Downs calls the city’s management compassionate and intelligent and takes personal pride in her office’s role in managing the aftermath of the Pulse nightclub shooting in 2016.

Last year, Orlando readers discovered that the city attorney is a hard rock fan. So we had to ask: What’s your favorite band? Downs’ answer: “Foo Fighters—all day, every day!” 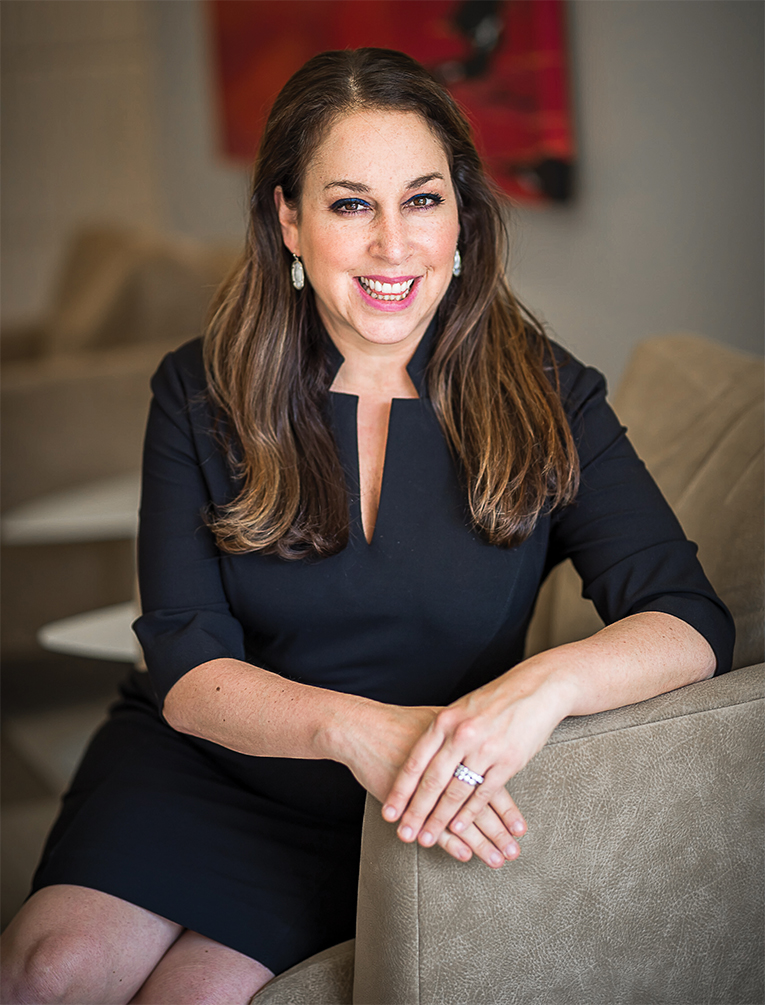 Simply put, Kelly Cohen knows how to get things done.

The lobbyist, strategist, and fundraiser is a perennial name on Florida’s “most powerful” and “most influential” lists. We know her for her visionary leadership and her passion for bringing people together to find creative solutions.

“Part of The Southern Group’s ethos is to be innovative,” says Cohen. “We are committed to building a team of industry experts at the very top of their game. Their passion and intellect ensure we are constantly innovating, staying on top of trends, and leveraging modern tools to be successful for our clients.”

Among Cohen’s many successes are assisting with the acquisition of Orlando’s Major League Soccer team and bringing Tavistock’s Medical City, the SunRail commuter rail system, and the Brightline rail connector between Miami, Orlando, and Tampa to fruition.

“Strengthening our transportation system is one of our top issues,” says Cohen. “This November, Orange County voters will decide if they want a one-cent sales tax increase to fund transportation needs across the county. The transportation penny sales tax aims to raise funds to reduce congestion, increase safety and offer more and better options for commuters. If passed, it could generate almost $600 million per year for transportation projects, infrastructure, technology, and transit.”

This article appears in the October 2022 issue of Orlando Magazine.
Categories: News and Features, People
Tags: 10 over 50, 50 Most Powerful, anna, arts, business, community Voices, education, entertainment, Florida Central, hall of power, Ones to Watch, Orlando, people, philanthropy, politics, sports, tourism, transportation
Want to read the whole issue? Download and read this issue and others on Magzter.