As he enters his 24th year at the helm of the country’s second-largest university, Hitt continues to enhance the school’s national profile and local partnerships. Since taking over in 1992, the school’s enrollment has tripled to 60,000-plus students, and a recently approved downtown UCF-Valencia College campus will be home to 7,700 students when it opens in the fall of 2018. To win approval for the new campus with Mayor Buddy Dyer and other local partners, UCF committed to raise $20 million from the community ($17 million had been raised through early May) to match similar amounts from the school’s budget and the state. Several UCF trustees and foundation members donated to the project, including Hitt and his wife, Martha, who gave $100,000. In the past year, Hitt was ranked as one of America’s Top Ten Most Innovative College Presidents by Washington Monthly, and UCF remains among the nation’s most innovative institutions, according to U.S. News & World Report. The university also is cited as an example for student diversity by the Washington Post.

Entering her fifth year as chief of the nation’s 10th largest school district, Jenkins and her team keep racking up honors. The district, in the midst of a building boom with 22 new schools planned or under construction, had seven current ones named to the prestigious U.S. News & World Report list of Best High Schools for 2016. OCPS was ranked No. 8 in the large school district category by The Center for Digital Education and National School Boards Association’s survey for innovative use of technology. This year, Jenkins has been recognized as the Florida Diversity Council’s Most Powerful and Influential Woman; and was the 2015 Orlando Business Journal CEO of the Year. She also serves on the Central Florida Commission on Homelessness.

Last fall, Washington Monthly named Shugart one of the country’s 10 most innovative presidents (John Hitt of UCF was another), crediting his work with Hitt a decade ago in creating the DirectConnect program, which provides Valencia graduates with guaranteed enrollment at UCF. Now, the two schools are teaming up again to create a joint downtown campus, and Valencia plans to move its Walt Disney World Center for Hospitality & Culinary Arts downtown, tripling the program’s size. Valencia has a Poinciana campus in the works as well. Shugart serves on the Orlando Health board, having led last year’s selection of the hospital system’s CEO, David Strong.

Sublette has continued his successful partnership with Superintendent Barbara Jenkins, dealing with school growing pains, and increasing student vocational classes and college fair opportunities. The district is building a K-8 community school for the Parramore area and will partner with the Boys & Girls Clubs for afternoon and evening activities. It will be adjacent to the planned downtown UCF-Valencia College campus complex. Sublette, a civil lawyer, was a Republican state representative from 1993 to 2001 and is the only publicly elected school board chairman of Florida’s 67 districts. He has openly discussed running for Orange County mayor in 2018.

As head of the board that oversees Florida’s 12 public universities, Kuntz has a great amount of influence on the direction of higher education. He used that power this year to help approve Orlando’s downtown UCF-Valencia College campus project. The retired SunTrust Banks executive also is a member of the Florida Council of 100; Rollins College's Board of Trustees; and the Florida Blue Board of Directors.

6. Marva Johnson
Chair, State Board of Education
The business executive is committed to listening to the public and visiting schools as part of charting an educational course.

A Dedication to Education

A vice president of government and industry affairs for Bright House Networks, Marva Johnson took on the challenge of leading the state Board of Education in May 2015 on the heels of news that Florida schools had dropped from a typical Top 10 position nationally to No. 28. 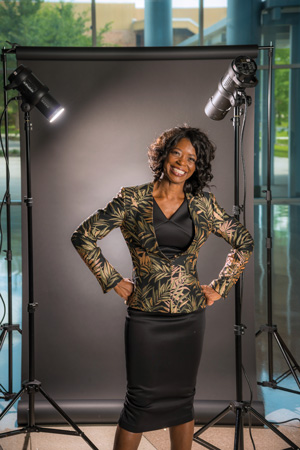 Her solution? Listening. Many people had much to say about the state of Florida’s education system, and Johnson commits to “listen to these voices and to weigh things in a way that keeps the focus on students and student outcomes.”

As board members pushed for stricter standards for both students and schools for 2016, they met resistance from educators and administrators statewide. Listening resulted in compromise: more lenient cut scores—delineations that determine which students pass and which fail —and a less stringent school grading formula.

“Sometimes what we think is best may require compromise,” Johnson says. “If you can’t implement it because you don’t have the support of people critical to the process like parents and educators, then you’re not going to succeed.”

Education drives Johnson, who also serves as a trustee for Florida Virtual Schools, is on the advisory board for Rollins College’s Crummer Center for Leadership Development, and holds a number of other board positions.

“I’m a product of Hillsborough County Schools,” says Johnson, who went on to pursue a master’s in business administration and a law degree. “For me, education has been tantamount in terms of the options I had in my life and my own ability to impact my personal success and to have the best outcomes for me.”

A mother of two teens, one of whom has learning challenges, Johnson and her family have tried multiple educational avenues including public school, private school and Florida Virtual School. Through her own family’s experience, she recognizes educators can’t take “a one-size-fits-all approach for students.”

As she interacts with students, parents and educators, Johnson hears a common concern about equity in education. She plans to “address poverty and cultural differences in the educational equation and make sure we minimize the achievement gap” until her term expires in December 2017.

She also wants to see a more effective use of technology in the classroom, which will require enhanced teacher training. “It will benefit all students, but I think it will specifically impact students who learn differently.”

Though some within the education community question the appointment of business people over fellow educators to the state board, Johnson sees the business sector’s involvement in public education as a natural overflow.

“First and foremost, we live here. We have families here. We benefit directly from the quality of education. Second, we employ students from Florida’s K-12 schools, colleges and state universities. We want students to be very well-educated, and we want to have a world-class workforce here in Florida. Last, we understand that if we don’t have a strong educational environment here in Florida, our businesses can’t thrive and it’s hard for us to attract people from other states to come here.”

When Snaith speaks, people listen—businesses, tourism officials and the media, in particular. As director of the Institute for Economic Competitiveness in UCF’s College of Business Administration, he’s one of the most sought-after forecasters and analysts in the country, quoted regularly in national and regional media. The institute produces quarterly forecasts of the Florida economy and a dozen metropolitan areas, as well as predictions about the U.S economy.