With Orlando drawing a record 72 million tourists in 2017, business is good for Rosen Hotels & Resorts. Its namesake president and chief operating officer began with a Quality Inn on Sand Lake Road in the mid-1970s, lived there to save money and acted as its manager, security officer and a dining room hand. Over the next 40-plus years, Rosen acquired eight more hotels—including two last year—and has expanded his portfolio to nearly 6,700 rooms and 700,000 square feet of meeting space, making him the single largest private hotelier in Florida. Although he is a giant in the business world, Rosen is equally known for his multimillion-dollar philanthropy: his role in the formation of the UCF Rosen College of Hospitality Management; free pre-school and college scholarship programs he funds in the Tangelo Park and Parramore neighborhoods; aid programs he finances in Haiti; and his self-insured company health plan. In April, the World Health Care Congress honored Rosen with lifetime achievement awards for health benefits innovation and public leadership. Rosen also supports the Jack and Lee Rosen Southwest Orlando Jewish Community Center, named after his parents. 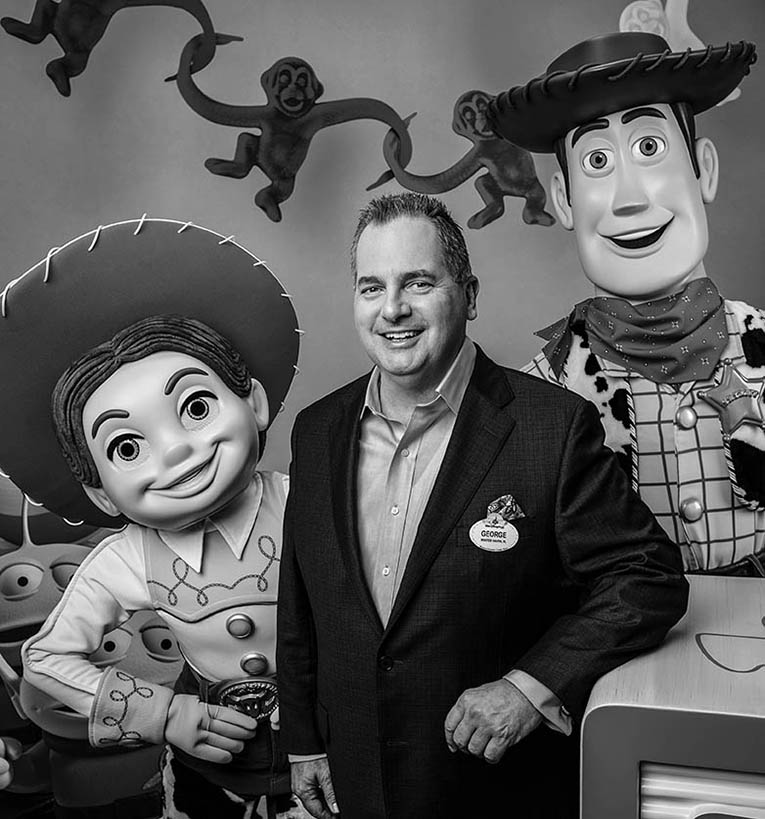 Kalogridis’ kingdom includes four theme parks, two water parks, the Disney Springs entertainment district, and 28 Disney-owned-and-operated themed resort hotels. And Disney still has 70 percent of Orlando’s tourism market share. Its two Avatar-related attractions at Animal Kingdom continue to draw big crowds 13 months after opening, and coming up any day now is the opening of Toy Story Land at Hollywood Studios. Also on the horizon (fall of 2019): the opening at Hollywood Studios of Star Wars: Galaxy’s Edge. The Mouse now has 74,000 employees, making it the largest single-site employer in the country. Its community grant programs are expected to hand out more than $34 million this year; in April, it surprised five local nonprofits with gifts of $100,000 apiece. Kalogridis, a Central Florida native and UCF grad who was named to the top Disney World post in January 2013, serves on various local boards and is the vice chairman of the onePULSE Foundation, which is working to create a permanent memorial and museum honoring the victims of the Pulse nightclub attack. 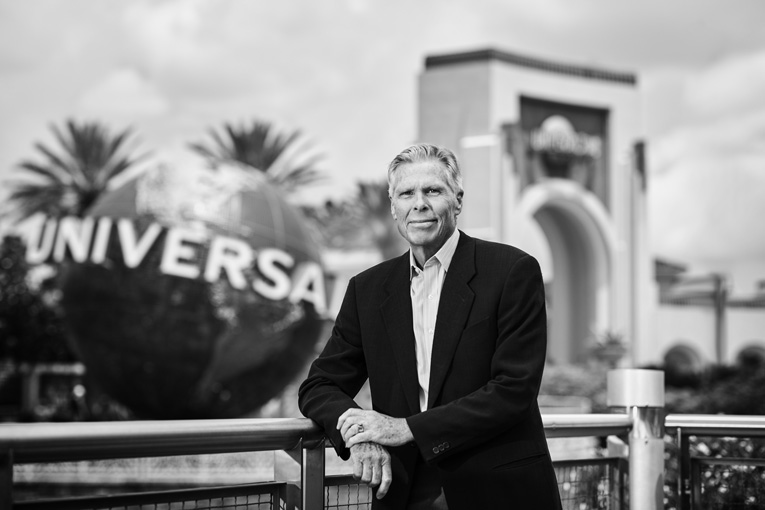 Williams continues to oversee Universal’s theme parks worldwide, including Orlando, Hollywood, Japan and Singapore. Work continues on the Universal Beijing Resort, a theme park destination in China, with completion expected in 2020. In Orlando, Universal saw increases in attendance in 2017, opening the Volcano Bay Water Theme Park as well as the Loews Sapphire Falls Hotel. Set to open in August: the 600-room, 17-story Aventura Hotel. The Harry Potter lands continue to be huge draws, and Universal recently opened the Fast & Furious-Supercharged thrill ride. The company continues to work on a major, as-yet-unannounced expansion on land it owns off Universal Boulevard, with speculation centering on an attraction related to a DreamWorks movie or Nintendo (the company is building a Super Nintendo World at its park in Osaka, Japan). Universal now accounts for about 25 percent of the Orlando tourism market share. 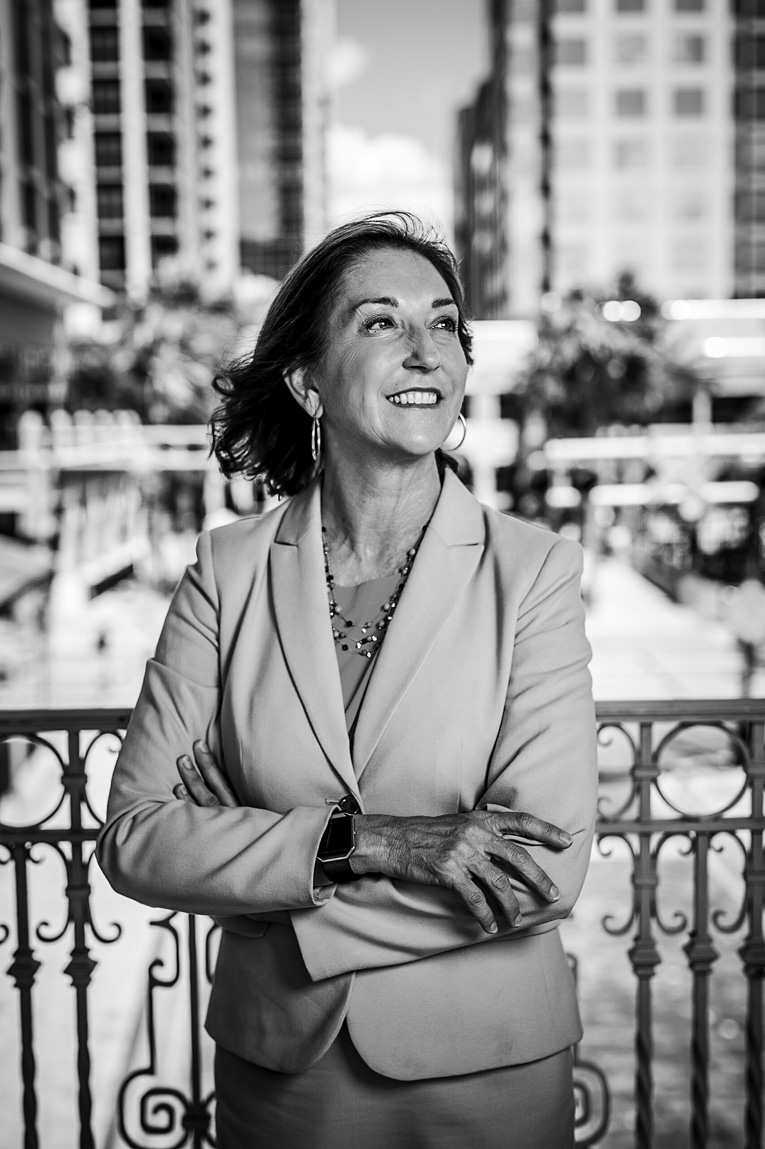 Three years into her leadership tenure, Kelley is overseeing nonstop roadway expansion—widening 60 percent of the expressway network in the next few years—while traffic counts have increased 37 percent since 2013 and are expected to climb as regional growth continues. Also being studied are seven new future toll corridors in the five-county area. In March, another five-mile leg of the Wekiva Parkway opened, allowing expressway travel between Lake and Orange counties. And with Kelley’s background in finance, the project was completed 18 months ahead of schedule at a savings of $160 million. Construction will approach $2 billion in the next proposed five-year plan—and over $8 billion in the next 20 years. This year, the authority also will begin accepting E-ZPASS, a toll collection system that serves 16 states in the Northeast. In April, the Orlando Business Journal named Kelley its 2018 Businesswoman of the Year.

The tourism numbers continue to be magical news for Aguel and Visit Orlando. In 2017, Orlando drew 72 million visitors, beating the previous year’s total by 4 million and further cementing our title as most visited destination in the United States. The area’s premier tourism marketing agency, Visit Orlando has an $80 million-plus budget for promotion, and much of that comes from the tourist development or “bed’’ tax. Expect records in perpetuity, which Orlando seems to set with ease, even after hurricanes decide to blow through.

Maladecki’s group represents nearly 80 percent of Central Florida’s lodging establishments, amounting to 121,000 hotel rooms, more than 80,000 vacation ownership units and over 15,000 vacation rental homes. The CFHLA is adamant against using the tourist development tax, which is levied on hotel rooms, for public facilities or other projects it considers outside the scope of tourism (a bill to allow such uses died in the Florida Legislature this year). In the community, the group conducted two post-hurricane Puerto Rico job fairs and awarded numerous full scholarships to hospitality students.