Hunter left Northland last year, the church he built into one of the largest in Central Florida, to become a full-time volunteer helping homeless families in Central Florida. He told numerous publications it was time to leave the four walls of the church he grew from a couple of hundred congregants to 20,000 over a 32-year career. Since  starting the Community Resource Network last fall, Hunter—who also is chairman of the Central Florida Commission on Homelessness—has recruited more than 100 faith-based and community organizations. His goal: “to knit together an entire community response to effectively help those who are needy and homeless.” When Hunter announced he was switching careers, well-known Orlando attorney John Morgan wrote a check for $1 million to the Community Resource Network, telling the Orlando Sentinel, “There is a sweetness and a gentleness in Joel Hunter that makes him more Christlike than some of the phony baloneys that I see on TV. I just believe that there’s people that talk the talk and there’s people who walk the walk, and Joel Hunter is the latter to me.”

BOARD CHAIRMAN, DR. PHILLIPS CENTER FOR THE PERFORMING ARTS

Pugh and wife Alexis have donated millions to the center and recruited others to contribute millions more. He is working to raise the final $10 million for the Steinmetz Hall, expected to be completed in 2020. “When finished, the Dr. Phillips Center will be rated perhaps the best in the world,” he says. In 2017, the center hosted 346 shows for 358,000 visitors. Pugh is also CEO of Epoch Residential, one of the nation’s largest apartment builders. With a long history of service on government, civic and arts boards in Orlando, he was one of a dozen people in North America honored with the 2018 Horatio Alger Award for a history of educational and community achievement. A board member for the Bob Graham Center for Public Service at the University of Florida, Pugh remains a key Democratic fundraiser, donating $150,000 to the political committee of Florida gubernatorial candidate and former Congresswoman Gwen Graham.

Maines and Miller continue to exert much influence in political, social and philanthropic arenas, as well as the arts. The couple have held fundraisers for several prominent Democrats, including Congresswoman Stephanie Murphy, Sen. Bill Nelson, Orange County Sheriff Jerry Demings (running for county mayor), and Florida House candidate Anna Eskamani. Miller was instrumental in securing the former Chamber of Commerce Building downtown to become the site of the Holocaust Museum for Hope and Humanity, and he and Maines were recently honored with a Dinner of Tribute by the Holocaust Memorial Resource and Education Center of Florida. Among the recipients of their donations of money or time are Equality Florida, Human Rights Campaign, Orange County Library, Creative City Project and the Upstanders Stand Up to Bullying initiative. 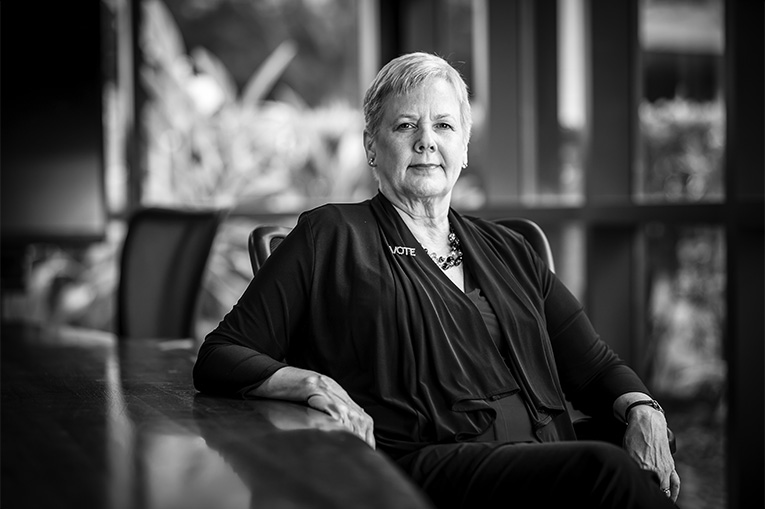 Brigham previously had one of the most frustrating volunteer jobs at the League. Starting in 2014, she was in charge of the Gun Safety Coalition that is promoting sensible gun restrictions in Florida. A former radio reporter, she has traveled to Tallahassee and Washington trying to convince mostly conservative legislators that proposals like banning semiautomatic assault weapons/large capacity magazines and eliminating firearm sales at gun shows without background checks are good ideas. Supporting the teen outrage caused by the Parkland High School shootings, she watched the state Legislature make some minor tweaks to the gun laws. Now, as the League’s state president, a job she assumed in April, Brigham is focusing on pre-registering 16- and 17-year olds so they can vote when they turn 18. She also is moving the League’s main office from Tallahassee to Orlando.

Carbonell is a key player in Orlando’s technology, business, Hispanic and LGBTQ communities, using his award-winning mobile app company as his base to become a featured speaker at the prestigious SXSW Conference in Austin, Texas, and a board member with the Orlando Economic Partnership. With his varied background, Carbonell serves as an adviser to Orlando and Orange County mayors. He’s also a founding board member of the One Orlando Alliance assisting the victims of the Pulse nightclub shooting; a board adviser for the newly created Orlando Regional Tech Association; and a board member of the Orlando City (Soccer) Foundation. He also sits on tech advisory committees for Valencia College and Full Sail University. In 2017, Carbonell was selected as one of two Business Leaders of the Year by the Metropolitan Business Association. “I draw joy from connecting people,’’ he says, “especially when I know there would have been little chance they would have connected otherwise.”

After a very public 2017 divorce from fellow Orlando City co-founder Phil Rawlins, Kay Rawlins has immersed herself in club and community outreach projects and has become the public face of the team. As president of the club’s foundation and its vice president for community relations, she lobbies state officials for more low-income housing; fund-raises and advocates for the homeless; and helped raise money for Puerto Rico hurricane victims. Rawlins also promotes community gardens in Parramore and healthy lifestyles for kids—in conjunction with the team opening a Saturday morning farmer’s market outside the stadium. “She’s involved in all the right things,” says one business acquaintance. She frequently speaks to civic groups and is a board member of the Central Florida Commission on Homelessness; the Boys & Girls Clubs of Central Florida; Cannonball Kids’ cancer Foundation; Central Florida Foundation; and the Community Leadership Council for the Howard Phillips Center (at Arnold Palmer Hospital).

Blue’s star has been on the rise ever since appearing in Orlando in 2000. That would be star as in Blue Star, a retired, Georgia-born ballet dancer who came to Orlando to study audio engineering at Full Sail University. She wound up creating a burlesque dance troupe, buying a club, hosting her own show on Pride Radio Orlando, establishing the Samuel Barber Fund to help cancer victims in honor of a friend who died from the disease, and becoming the gay community’s resident matriarch—entertainer, entrepreneur, philanthropist, activist, friend. Star’s place in the local LGBT firmament was never more in evidence than two years ago, when she transformed her club, The Venue, into a safe place for mourners and a distribution center for supplies and gift cards for those affected by the Pulse nightclub massacre. Congratulations to the organizers of the Orlando Harvey Milk Diversity Awards, who found a way to sum all this up in a single job descriptor, recognizing her as their “LGBT Trailblazer” for 2018. 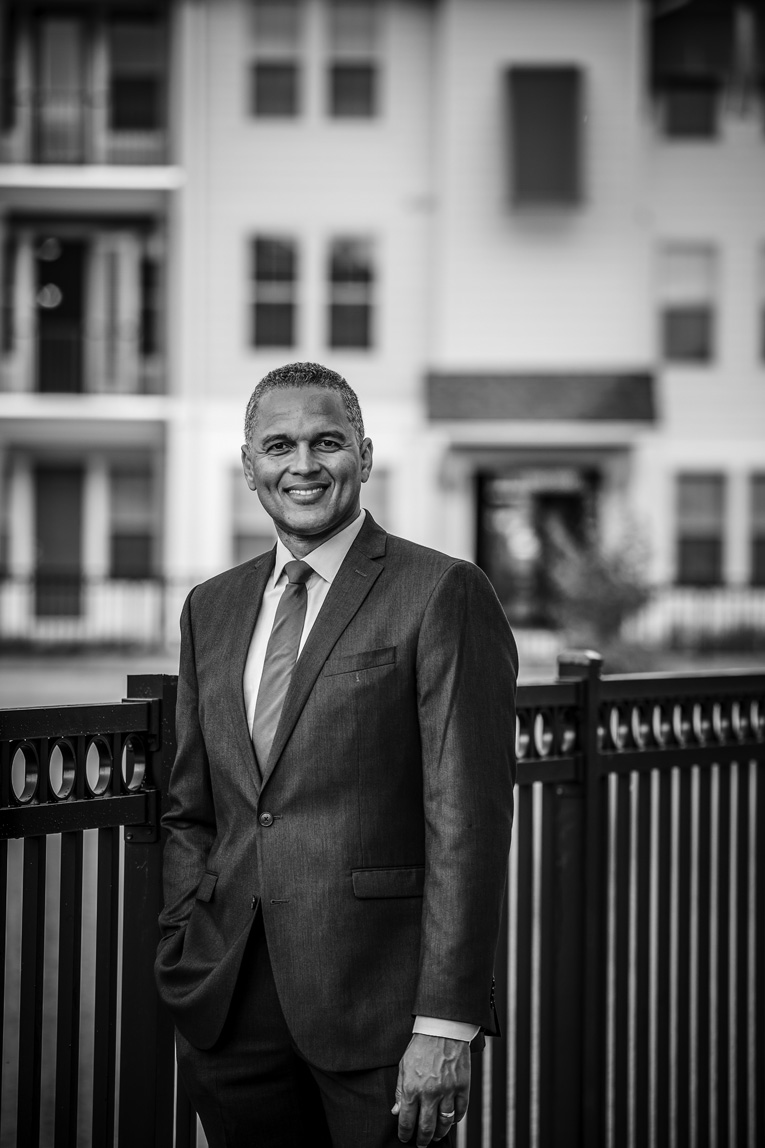 With support from the area’s business leaders, LIFT Orlando and Moratin are doing remarkable work on Orlando’s west side, carrying out the nonprofit’s stated mission to “break the cycle of poverty through holistic neighborhood revitalization.’’ Part of that involves replacing dilapidated, vacant housing, and the organization recently opened Pendana at West Lakes, a $40 million, 200-apartment community south of Camping World Stadium. LIFT Orlando’s MVP Families Program, in partnership with Florida Citrus Sports, serves more than 200 children and parents with programs that include a summer camp for middle-schoolers and family fun days. LIFT also has raised more than $500,000 to support teacher development in the neighborhood and launched a $20 million “impact investment fund’’ so that it can raise capital and buy land.

In 2002 and 2014, Batchelor was instrumental in persuading Orange County voters to pay a half-penny sales tax to fund school construction and renovation. This year, he has led a “Children’s Trust’’ effort that would ask voters to approve a property tax for programs to help poor, homeless and abused kids. But the idea, which must get county commission approval before it can get on the ballot, is opposed by County Mayor Teresa Jacobs, who says the citizen council handling the money wouldn’t be directly accountable to voters. If the measure stalls, Batchelor says he plans to approach the new mayor and commission after the election—Jacobs’ tenure is up because of term limits—to request substantial funding for children’s needs.