Last year, our story about Danny White alluded to him waking the sleeping giant that is UCF sports. And has he ever. The Knights’ afootball team was arguably the most talked-about team in the nation with its perfect 13-0 season, capped off by a Peach Bowl victory over Auburn and a No. 6 national ranking. Correction: A No. 1 ranking, according to White, who led the charge to proclaim UCF as tops because of its status as the country’s only undefeated FBS team (there were national championship parades staged downtown and at Disney). Pundits scoffed, but the publicity surrounding UCF’s magical season brought tremendous exposure. Although Coach of the Year Scott Frost left for Nebraska, White has brought in promising replacement Josh Heupel. White also has something else to boast about: UCF’s athletes achieved an average 3.33 grade point average, a record for the school, and for the fourth straight year they are graduating at a higher rate (94 percent) than any other NCAA Division I FBS public institution in the nation. 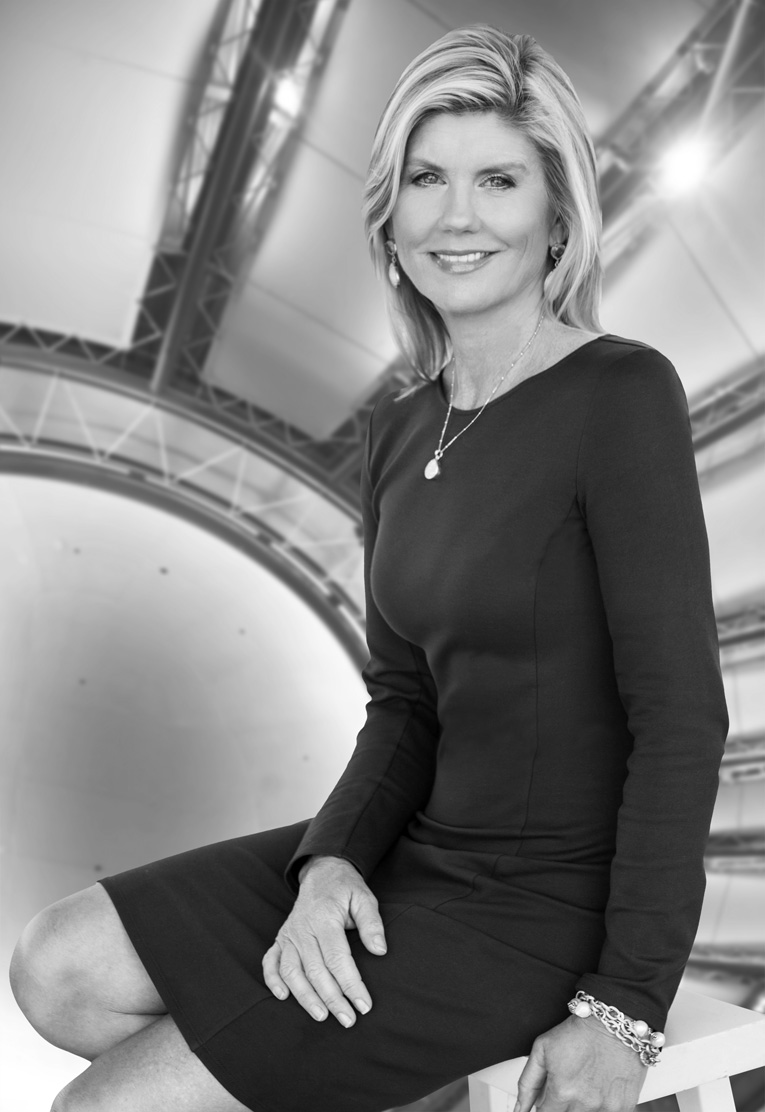 Nearly four years after opening, the Dr. Phillips Center continues to shine, with the smash hit Hamilton coming to town next January as part of what could be the strongest Broadway Series season to date. Meanwhile, on the north side of the center, work continues on the 1,700-seat Steinmetz Hall acoustical theater, which will host performances by the Orlando Philharmonic, Orlando Ballet and Opera Orlando. It is set to open in the spring of 2020. Ramsberger and her lieutenants continue to create a robust programming schedule and revenue stream at downtown’s crown jewel. Nearly $7 million in donations was raised in the past year, and the center boasts an impressive list of corporate partners that include Morgan Stanley, Pepsi, Florida Hospital, Orlando Utilities Commission and Foxtail Coffee.

After the team struggled on the field in its first three seasons, Da Silva launched a multimillion-dollar roster makeover. Despite a promising early stretch that saw six straight wins, the team settled into a 6-8-1 record by mid-June—and promptly fired Head Coach Jason Kreis. Despite its troubles, Orlando City still has a valuation of $491 million—the highest in Major League Soccer, according to Forbes. Last summer, the magazine valued them at $272 million, fifth richest. In March, Da Silva sold 8.6 percent of the team’s parent company, which also owns the Orlando Pride women’s team and Orlando City Stadium, to a Toronto investor for $42.3 million. Da Silva still owns nearly 79 percent of the team, and the rest is controlled by other partners. Forbes says Orlando City is one of the MLS’s few profitable teams and that another round of league expansion is in the works. It also noted that “off the field the Lions have been nothing short of stellar.”

Martins, who topped our list in 2012, heads up the 19th most valuable franchise in the NBA with a value of $1.23 billion (the DeVos family paid $85 million for the team in 1991). They’re in the Top 5 in single-game ticket sales and attendance has held steady. The problem is on the court, where the Magic this year posted one of the worst records in the NBA—again. A promising start, with a new GM and president of basketball operations in place, devolved into a 25-57 record and the firing of Head Coach Frank Vogel. Perhaps the team’s celebration of its 30th anniversary and a new coach at the helm, Steve Clifford, will make for good karma. In the meantime, Martins and the Magic hope to start building their sports and entertainment complex this year on the cleared plot across from Amway Center. In the community, Martins continues to serve on the UCF Board of Trustees.

It is easy to forget that Camping World Stadium used to be a pretty lonely place. Formerly the Florida Citrus Bowl, it was an unsightly mess that typically hosted a New Year’s Day bowl game and a handful of other events, including Jones High School football contests. But under the guidance of Steve Hogan, the venue in west Orlando has become a relative hive of activity, drawing three bowl games, the annual Florida A&M-Bethune Cookman clash, the NFL Pro Bowl and assorted other events, including last year’s WrestleMania 33, which attracted a record crowd of 75,000 fans. A $200 million renovation started in 2014 sparked much of the stadium’s popularity. In mid-June, Florida Citrus Sports announced that the NFL is returning for a third Pro Bowl. Meanwhile, Hogan’s goals include moving up in the pecking order of the college football playoffs.

Since founding CFCA in 2010, Vickery has become a formidable force in the Central Florida arts scene. In 2017, 2,032 people performed in CFCA theatrical and musical productions. The community-conscious nonprofit boasts a 310-member choir, orchestras for youth and adults, seniors programs, a performing arts school, dancers, a theater troupe, and arts and wellness programs. Vickery’s success has earned him a recurring slot on our 50 Most Powerful list, in addition to being named among Orlando Business Journal’s Top 40 under 40 in 2017. Florida Arts Education Alliance named Vickery the Arts Educational Professional of the Year in 2016, and Orlando Weekly dubbed him a Top 3 Arts Advocate in 2017. “We had no idea that it would become a multigenerational and multidisciplinary offering for so many people,” Vickery says of his organization. The singer, actor, teacher, producer, musical director, arts administrator and conductor is working on a book about CFCA’s rise to success.

Patrick and Holly Kahn do not like empty spaces. The first clue came eight years ago when the couple, who had moved to Orlando from Los Angeles, began drafting vacant downtown warehouses as temporary galleries for a series of annual art-photography festivals they called “Snap!” Eventually they found a permanent residence for their enterprise in a former movie theater near Mills Avenue and Colonial Drive. But their mission hasn’t changed: They still abhor visual vacuums, replacing them with a sophisticated array of events and exhibits that have elevated the city’s cultural profile. Their nonprofit gallery, Snap! Space, suits the neighborhood’s youngish, eclectic, cross-cultural urban vibe. Its offerings, and exhibits at a second Snap! Gallery downtown, have brought the world to Orlando’s doorstep, featuring nationally recognized and world-famous photographers, from South African-based abstract minimalist Roger Ballen to legendary “street style” urban photographer Jamel Shabazz. 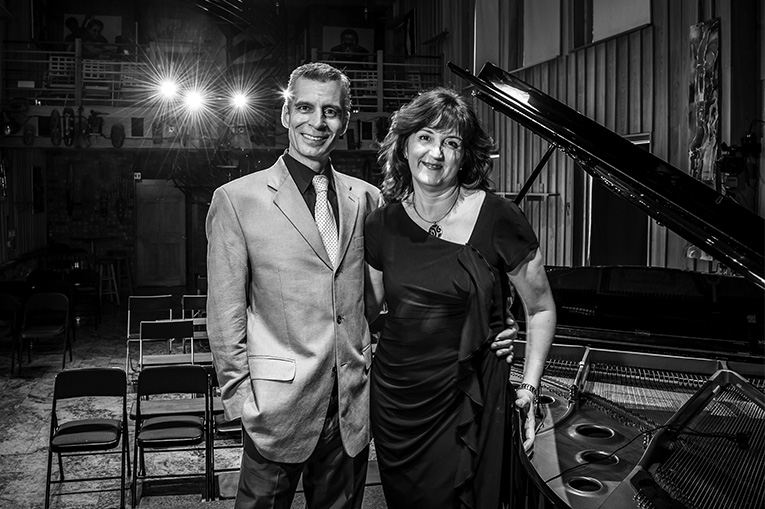 When they built a custom home across from Boone High School in 2007, Canadian transplants Benoit Glazer and Elaine Corriveau left something out: a living room. In its place is a 99-seat concert hall that serves as headquarters for their nonprofit Timucua Arts Foundation, devoted mainly to staging a broad mix of musical offerings. Most of the more than 700 performances the Glazers have orchestrated have been free, though donations are encouraged. Guests also bring wine and food to share. At first, shows were usually a family affair a la the von Trapps, featuring Elaine, who teaches piano, Benoit, who retired last year as musical director and trumpet player of Cirque du Soleil’s La Nouba, and their three children. Now there are guest soloists, chamber orchestras, a resident ensemble in Alterity Chamber Orchestra, and acclaim including the imprimatur of The New York Times, which rightfully called Timucua one more reason “not to equate Orlando with mouse ears and thrill rides.”

It’s not as much of a reach from the composers of the baroque period to the circa 1960 Green Bay Packers as you might think. At least it isn’t to John Sinclair, who likes to quote legendary Packers coach Vince Lombardi: “Practice does not make perfect. Only perfect practice makes perfect.” Generations of Central Florida musicians have grown accustomed to having that sentiment hammered into them by the omnipresent conductor. Sinclair, who is also chair of the Rollins College Music Department, conducts roughly 150 performances each year, from Rollins productions to annual festivals and concerts involving the Bach chorus and orchestra, the Messiah Choral Society, and the Candlelight Processional, Walt Disney World’s holiday-season tradition. His three decades of musical stewardship is most obvious with the Bach Society, whose range he has refined and expanded, most recently with a concert devoted to the choral works of three often-overlooked, mid-20th century African American composers.