With Thakkar at the helm, the 17-square-mile community known as Lake Nona has become, by some measures, the fastest growing residential area in the nation and certainly in Orlando. Already basking in the coup of attracting the United States Tennis Association and its facilities to the area, Lake Nona is the soon-to-be-home of a $430 million training center for the international accounting firm KPMG, set to open in late 2019. That coincides with the second phase of Lake Nona Town Center, which features retail and restaurant space, a 200-room hotel, a million square feet of office space and a six-story office tower. And don’t forget that Johnson & Johnson is building an $18 million human performance institute in Medical City. Thakkar’s aim is to create what Tavistock officials refer to as an “innovative well-being environment and collaborative ecosystem.” He is hardly done with building Lake Nona. In the next year, Thakkar says, he plans to aggressively pursue regional and national retailers, restaurateurs and entertainment companies for the region.

Ultimately responsible for running 15 hospitals and managing 26,000 employees spread across Osceola, Orange, Seminole, Lake, Volusia and Flagler counties, Tol sees his job as something of a consumer advocate. He wants to make life easier for patients by simplifying and connecting healthcare services and argues that people leaving the hospital are not discharged, but are transitioning to another phase of treatment or to their home. One of his goals is to bring Florida Hospital closer to its patient base by opening new ambulatory and freestanding emergency room locations and offering virtual care through e-visits. He also oversaw the opening late in 2017 of a new $203 million hospital in Apopka.

Strong is presiding over significant expansion for the $3.8 billion, not-for-profit Orlando Health and its seven major campuses, breaking ground and beginning construction on several freestanding emergency departments in Osceola, Lake and Seminole counties, a nursing and an Alzheimer’s center in Ocoee, and an Orlando Health-UF Health Cancer Center at Dr. Phillips Hospital. With its market share increasing, it also launched a partnership with the Florida-based CareSpot urgent care system last year. Orlando Health is one of the region’s largest employers with 23,000 workers. In April, it was recognized by the prestigious Becker’s Hospital Review as one of the “150 Top Places to Work in Healthcare 2018.” In November, Strong was appointed as the Florida Chamber of Commerce’s Central Florida Regional Board Chair. 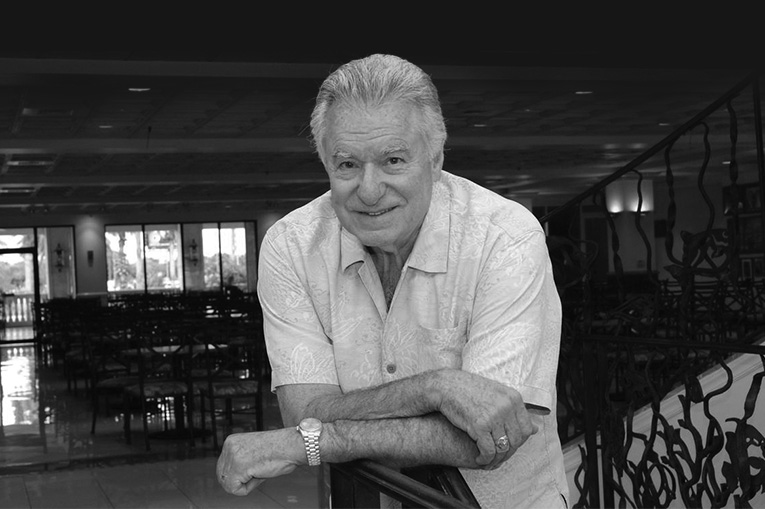 Since the 2015 death of his 18-year-old daughter, Victoria, from a prescription drug overdose, Siegel has been—in his words—“laser focused” on the opioid crisis, providing the overdose-reversal drug Naloxone to first responders and speaking at government hearings. The timeshare magnate will host a conference in August at his Westgate Lakes Resort & Spa to educate doctors on opioid alternatives and new statewide requirements that in many cases limit them to three-day supplies for patients. Siegel, a longtime Republican donor, heads one of the largest resort developers in the country, with 26 themed destinations in nine states and more than 13,500 villas and hotel rooms. Westgate annually honors thousands of U.S. military members, veterans and their families, as well as Gold Star families, during a special weekend in Orlando. This year, Siegel’s Westgate Resorts Foundation has donated $50,000 to military charities, part of $1 million in donations to 65 nonprofits in communities where the company operates.

Lee’s influence extends to numerous areas—sports and entertainment, real estate and government. Since October 2016, he has been president of the Orlando Utilities Commission governing board and led the search for a new CEO last year. He chairs BakerHostetler’s nationwide sports and entertainment industry practice, which means helping pro football and baseball teams. He also coordinates the firm’s local real estate work, including the Orlando Magic’s $250 million downtown sports entertainment complex, the $80 million U.S. Tennis Association’s Lake Nona campus, various tourist timeshare projects and the Oviedo City Center. Lee also has been active with the Central Florida Sports Commission; the Cure Bowl/Orlando Sports Foundation Advisory Board; and Orlando Economic Partnership. Since 2008, he has chaired the Orlando Community Venues Oversight Committee monitoring construction of the Amway Center, Orlando City Soccer Stadium and the Dr. Phillips Center for the Performing Arts, as well as the renovation of Camping World Stadium.

Chuck Whittall and Unicorp are not slowing down. The developer of ICON Orlando (formerly the Coca-Cola Orlando Eye) on I-Drive recently opened StarFlyer, the world’s tallest swing ride, next door. At 450 feet high, StarFlyer outdoes ICON by 50 feet. Whittall is also busy on other development fronts: After building Venetian Isle, Westside Shoppes, Lakeside Crossing, Zen Luxury Living and several Wawa convenience stores in recent years, Unicorp is looking to buy 82 acres in southwest Orlando to build O-Town West, which would feature $500,000-plus homes and a boardwalk with shops and restaurants overlooking a lagoon with fountains. A 24-year veteran in the development world, Whittall also broke ground recently on The Ritz-Carlton Residences Orlando, Grande Lakes.

Nicknamed “Mr. Downtown,” Ustler says he wants to “fundamentally change the trajectory of Parramore and the West Side” through Creative Village, the 68-acre district incorporating business, educational and living space. In 2017, Ustler’s company broke ground on the $105 million, 15-story student housing complex for the UCF-Valencia Downtown Campus and the Dr. Phillips Academic Commons. Ustler is also developing a $64 million, 256-unit mixed-income apartment complex. All three projects are slated for completion in August 2019, coinciding with the campus opening. “The progress at Creative Village is very exciting. This is a catalytic redevelopment project,” Ustler says. The developer is also building apartments at Florida Hospital Health Village and is in the early planning stages of doing the same near Florida Hospital Apopka. 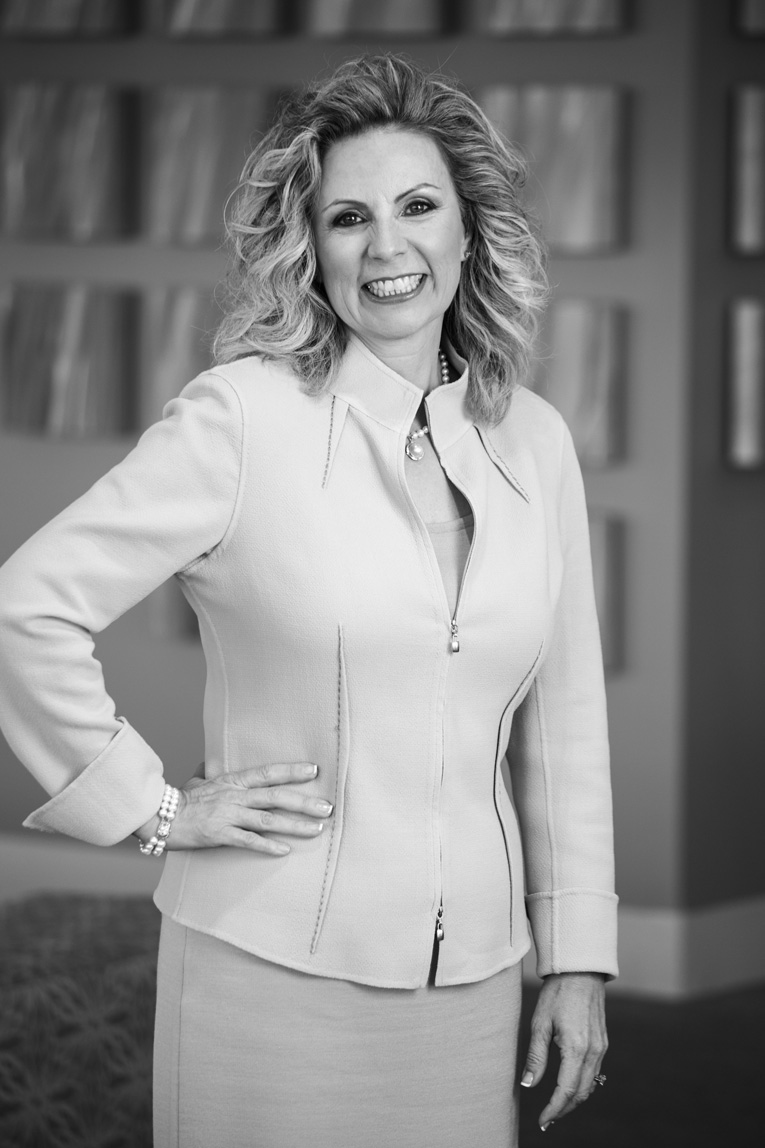 As a hospital administrator, Bledsoe—who completed her doctorate in healthcare administration in May—draws upon her years in nursing to serve children and families at Nemours. Named this year among Orlando Business Journal’s 2018 Top Women Business Executives, Bledsoe took the helm at the 100-bed academic medical center in Lake Nona in 2015. Nemours recently received its fourth Innovation of the Year award from the Florida Hospital Association. Since 2017, the hospital has gained accreditation for its Graduate Medical Education program, opened its Center for Fetal Care, launched a registered nurse residency program, has begun offering lung transplants, and boosted occupancy by 26 percent. It is also adding 30 critical-care beds. Bledsoe serves on the boards of Give Kids the World Village and the Orlando Economic Partnership.