50 Most Powerful 2017: Tourism and Transportation

This is Rosen’s 17th consecutive appearance on the 50 Most Powerful list—he's the only Central Floridian who has made the list every year of its existence, and he's almost always been in the Top 10. That's because Rosen's name is synonymous with local hotels and, perhaps even more, generosity. In September, he opened a new elementary school in the city of Les Cayes, Haiti, that serves 300 students; two weeks later, the block structure became a lifesaving refuge for hundreds as Hurricane Matthew swept through. Rosen is helping repair and rebuild nearby homes destroyed by the storm. In Orlando his program to help the underserved youth of the Parramore neighborhood is in full swing. The first 14 scholarships of the Parramore Program have been given to young people whose bill for a college education will be paid in full by Rosen. Next month will see the launch of the preschool portion of the program, featuring 24 classrooms with two teachers each, providing an educational jumpstart for 2- to 4-year-olds. The Parramore Program is about five times larger than a similar program Rosen launched in the Tangelo Park neighborhood 24 years ago. On the business side, Rosen completed renovations at his signature Shingle Creek resort, as well as a redesign of the adjoining golf course. His Rosen Centre hotel on International Drive is set for a remodel starting this summer. 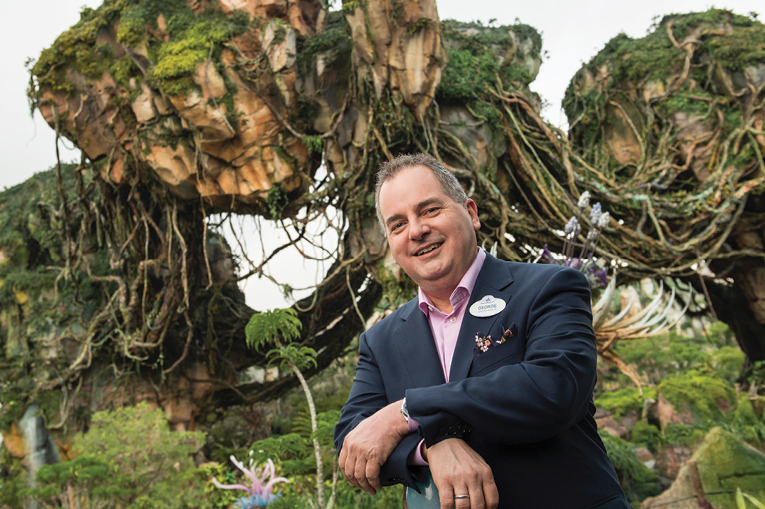 Kalogridis heads what is now the largest single-site workforce in the country: Walt Disney World employs 73,000 “cast members.’’ The park keeps rolling out the hits, the latest being the spectacular Pandora-The World of Avatar attraction, which opened in May at Animal Kingdom. That park also introduced nighttime offerings and an upscale, much lauded restaurant, Tiffins. At Epcot, an attraction based on the blockbuster animated film Frozen debuted. At Hollywood Studios, the theme park giant is progressing on an area devoted to Star Wars and Toy Story. If that’s not enough, Disney Springs is thriving on the old Pleasure Island stomping grounds, with a lineup of restaurants headed by big-name chefs, along with specialty shops. In the area of community service, Disney donated $1 million to the OneOrlando Fund in the aftermath of the Pulse massacre, and Kalogridis is vice chair of the onePULSE Foundation, whose mission is to build a memorial at the nighclub site. Disney also provided $5.6 million in grants to Central Florida nonprofits and gives $34 million in annual in-kind and product donations to local schools, families, and communities that benefit from a touch of Disney magic. Disney executives as well as rank-and-file employees also donated more than 260,000 hours to the community through the company’s VoluntEARS program. 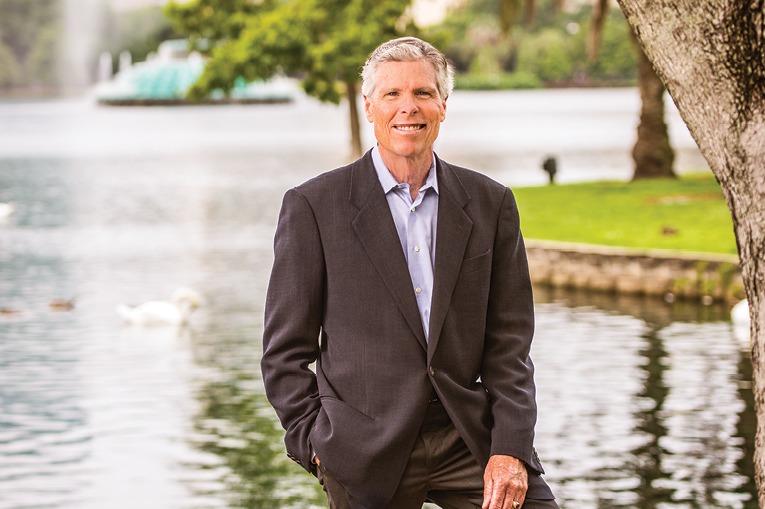 Attendance was up at Universal's two Orlando theme parks last year, and now there's a third attraction in the mix: Volcano Bay, which opened in late May. Boasting a 200-foot “volcano peak’’ that's part fire-part water, the water theme park features a lineup of thrill rides, including a four-person canoe coaster. Universal continues to expand its resorts, opening Loews Sapphire Falls resort last summer, with another hotel, Aventura, on the way. At Universal Studios, the Race Through New York ride with Tonight Show host Jimmy Fallon opened recently, with Fast and Furious-Supercharged set to debut next year. Williams oversees Universal’s theme parks worldwide, and the company is breaking ground on Super Nintendo World at Universal Studios Osaka in Japan, scheduled to open in time for the 2020 Olympics. Two more such attractions are planned (stay tuned, Orlando).

The numbers keep climbing for Aguel and the area’s tourism agency: Orlando once again claimed the crown of  most visited destination in the United States, drawing a record 68 million visitors in 2016, a jump of 2 million over 2015. The impressive increase came amid numerous events that could have sent the numbers south, including the Pulse nightclub tragedy, Hurricane Matthew and the Zika virus scare. There’s no reason to think that the record won’t be broken again next year, given the recent opening of two blockbuster additions at theme parks—Disney World’s Pandora-The World of Avatar, and Universal Orlando’s Volcano Bay. Despite the record numbers, Visit Orlando has found itself under pressure from both state and local officials to be more transparent about how it spends its annual $80 million-plus budget. More than 60 percent of that comes from Orange County tourist development taxes. Aguel was appointed last fall to the U.S. Travel and Tourism Advisory Board, which advises the U.S. Secretary of Commerce on matters related to tourism such as travel, visa policy and aviation security.

Kelley has run the authority since May 2015, though she actually took charge 18 months earlier as interim director when the top manager was run off by renegade members of the board, which was under state investigation. But Kelley helped steady the region's top road-building agency, which was reorganized to include Seminole, Lake and Osceola counties, not just Orange. Under Kelley—and spurred by Metro Orlando’s growth—annual toll revenues gathered by the authority have grown from $353 million in 2015 to an anticipated $417.6 million this year. One of Kelley’s goals is to share the agency’s 109-mile road network with Lynx express buses and a passenger train that would link Miami with Orlando International Airport.

Next month will mark 20 years for Maladecki as head of the largest regional hotel association in the world. CFHLA represents 80 percent of the more than 121,000 rooms in Orange, Seminole and Osceola counties, along with 500 “supplier’’ groups that do business with the hospitality and tourism industries. Maladecki and his organization regularly deliver political endorsements to tourism-friendly legislators; they were dismayed by lawmakers' original proposal to cut the state’s tourism marketing budget by nearly 70 percent. Gov. Rick Scott vetoed that part of the budget and in early June the amount was being debated in a special session. CFHLA raises money for students in the hospitality industry, doling out $100,000 in scholarships in April, and also sponsored a collection of food, shoes and other items for homeless students in the last school year.