In his 25th year as president, Hitt saw two big milestones: groundbreaking on the UCF-Valencia College Downtown Campus, slated to open in the fall of 2019, and state approval for the proposed UCF Lake Nona Medical Center, a teaching hospital partnership with the Hospital Corporation of America. With more than 60,000 students, UCF is Florida's largest university and remains one of the biggest in the country by enrollment. It broke a state record by awarding more than 16,000 college degrees for 2016-2017. Student enrollment standards and minority enrollment are at all-time highs and for the second consecutive year, Aviation Week reported that UCF supplied more graduates to aerospace and defense firms than any other university in the nation. In December, Kiplinger's Personal Finance magazine named UCF a “Best Value” for education for a seventh straight year. On the sports front, UCF’s basketball team was a surprise with a 24-12 record, reaching the semifinals of the National Invitation Tournament. Hitt continues to serve as a founding member or board member of several educational, research and business organizations, including the Florida Consortium of Metropolitan Research Universities; the Florida High-Tech Corridor Council; the NCAA Division I Board of Governors; and Orlando Economic Partnership. The longest-serving president in the state university system­—he became UCF'S fourth president on March 1, 1992­—Hitt, 76, has given no indication he plans to retire anytime soon.

It has been a year of accolades for Jenkins, head of the nation’s 10th largest school system since 2012. She was named Florida Superintendent of the Year by the Florida Association of District School Superintendents and was one of four finalists for National Superintendent of the Year from the American Association of School Administrators. Most recently, the Association of Latino Administrators and Superintendents named her the national Hispanic-Serving School District Superintendent of the Year. Orange County's system, as well as all Florida public schools, face a host of financial challenges, including a budget crafted by legislators this session that threatened cuts in education funding. As this edition went to press, a compromise appeared to be in the works that would add $215 million to public school spending statewide so that funding for each student would increase $100 next school year, as opposed to the $24 in the original legislative budget. Meanwhile, Orange has seen its graduation rate jump to more than 92 percent. The district is also focusing on career readiness by turning out students who will be able to leave high school with a certification in an industry that allows them to get a job paying well over the minimum wage.  More than 4,700 high school students earned such a certification in 2015-16, an increase of 40 percent over the previous year. 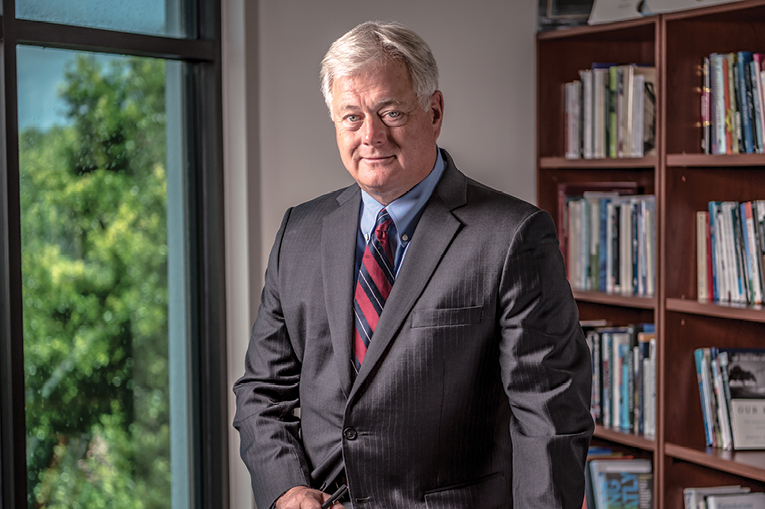 In May, Shugart was one of the dignitaries who helped break ground on the joint UCF-Valencia Downtown Campus. That came as Valencia celebrates its 50th anniversary. During Shugart’s 17-year-tenure, the school has moved into elite status as one of the nation’s largest community colleges with a network of Central Florida campuses and boasting a 95 percent job placement rate. The school will serve 70,000 students this year in classrooms and online. Shugart's next challenges: opening a Valencia Poinciana campus in the fall and bolstering the college’s endowment to over $100 million. In April, Shugart won the prestigious McGraw Prize in Higher Education for outstanding individuals dedicated to innovative learning. He was recognized for “demonstrating a stellar model of community college change that is increasing graduation rates and helping large numbers of Hispanic students succeed.” Shugart is a faculty member of the Aspen Presidential Fellowship Program and the Washington-based Institute for Educational Leadership. He also serves as chairman of both the Orlando Health Board of Directors and the Quo Vadis Institute, a European-based think tank.

Nonstop growth is the issue of the day for Sublette and the Orange County school system. With 6,000 new students and six new schools over the past year—and 40 more campuses on the drawing board —Sublette and his operations partner, Superintendent Barbara Jenkins, continue to refine the state’s fastest-growing district for its 203,000 students. They were preparing for legislative budget cuts but as this edition went to press, it appeared that would be avoided, with money even possibly available for modest pay raises for teachers and staff. Recently, Sublette and Jenkins touted the district’s accomplishments, including improving test scores for seniors and a 92 percent graduation rate—up from 49 percent in 2000. Orange County also won the 2017 Florida Governor’s Sterling Award for the third time honoring sustained excellence and efficiency. Sublette, who served in the Florida House from 1992-2000, is considering a Republican run for Orange County mayor in 2018.

Little known just a few years ago in the political world, Marva Johnson is getting noticed. A lawyer by training from Winter Garden, she is the vice president of state government affairs for Charter Communications’ Southeast region. She also is chair of the Florida State Board of Education, appointed by Gov. Rick Scott in 2014 to oversee learning policy. Last fall, Johnson supported board goals to aim for seven percent improvement on state tests. Johnson is vice chair of the National Board of Women in Cable Telecommunication. In March, the governor appointed her to the 37-member statewide Constitutional Revision Commission, which is considering changes to be made by amendment. She was active in the consolidating of business groups into the Orlando Economic Partnership, and serves on the Enterprise Florida board of directors, a statewide group that advises government on economic development. 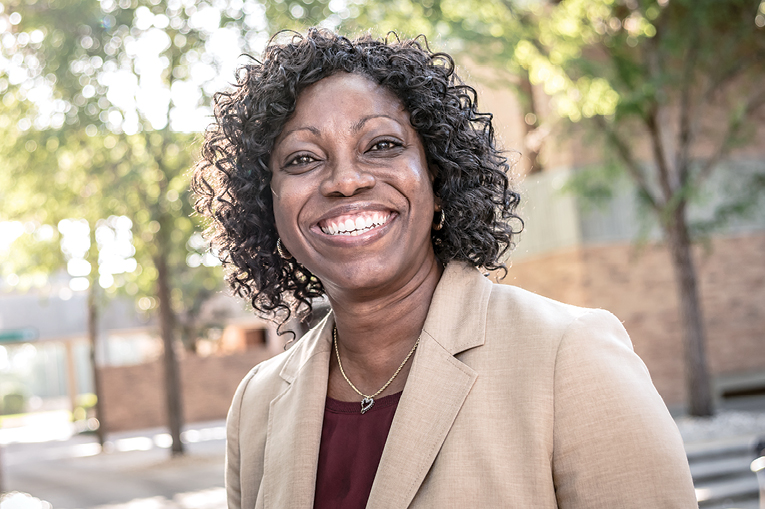 At Valencia, a spiritual commitment to education
By Cheri Henderson

Raised in  PUBLIC housing in Eustis by a blind mother and a grandmother who was a hospital maid, Falecia Williams’ foundation was built on faith, community and an expectation of excellence.

Drawing on maternal encouragement, Williams became a first-generation college student. “There was this perpetual presence of love, hope and achievement. Neither my mother nor my grandmother had the resources or the know-how, but it didn’t stop them from repeatedly telling me, ‘You’re going to college,’” she recalls.

Finding inspiration in her mother’s resilience, Williams got her bachelor’s in psychology from Rollins College and then went on to pursue a master’s in education from Stetson University, and a doctorate of education with a specialization in community college leadership from the University of Central Florida.
In 1998, after years of focusing on gifted and honors education in Lake and Orange counties, Williams joined the staff of  then-Valencia Community College and was tapped as president of the West Campus in 2011. Shortly after, the wife and mother—who had served in the ministry for about a decade at that point— was asked to become pastor of Hurst Chapel A.M.E. Church in Orlando’s Parramore district. With the support of Valencia President Sandy Shugart, Williams accepted the appointment.

Now Williams is preparing to take on the additional role of president of the planned downtown campus, a collaborative effort of UCF and Valencia. Slated to open in fall 2019, the school is expected to serve more than 7,500 students in its inaugural year.

Shugart sees Williams as a powerful student advocate and a critical voice in the UCF-Valencia collaboration. “She’s very mission-oriented. She’s about the students, their stories, their success and their futures. It’s not uncommon in any meeting for her to ask the question, ‘What is it we want the students to experience?’ She always asks the best question in the room.”

Both Williams and Shugart say her pastoral experience has helped prepare her for this role and gives her credibility in the community. “She brings a particular insight into how best to serve the community as pastor of a church in Parramore,” Shugart observes.

For Williams, her dual roles require common skill sets. “Oftentimes, people are curious about the pastoral role and the presidential role. I have shared on many occasions that it does not cause much dissonance for me, and I hope it’s not offensive in either sector. They’re both deeply rooted and grounded in being a servant to others." Both roles, she says, are rooted in character: "the need to represent a great vision and to accomplish a great mission with the highest degree of integrity in a very selfless way that puts the needs of the organization and others or the great mission­— the great calling—above oneself. I see those things as being very compatible,” Williams says.

The convergence of Williams’ efforts in the Parramore church and the development of the downtown campus is providential, she says. “There’s something greater at work here than either an education initiative or a church initiative. This is really a redevelopment of an entire community. It became a bit of a private comment when I looked at President Shugart and said, ‘You realize this work is bigger than you or I. It is not about either one of us.’”