With booming home sales in its high-tech and health-oriented residential corridor, the landing of two major business partners and more waiting in the wings, the Lake Nona area is on a roll. And the point man is Thakkar, the senior managing director for the Tavistock Group. In January, the U.S. Tennis Association opened its $60 million state-of-the-art, 100-court national campus for professional and college athletes, and local residents. Orlando City Soccer’s Lake Nona $20 million training facility is under construction and slated to open next year. Those venues are part of the Lake Nona Sports & Performance District. In May, accounting giant KPMG broke ground on its $430 global training center—another type of performance project­—which will attract 1,000 workers each week to the area. Thakkar’s goal: “Making Lake Nona a mecca for human performance and training and continue to perfect the natural bridge between Lake Nona Medical City and the Lake Nona Sports & Performance District.” In addition, he is involved in Tavistock’s planning and design for Sunbridge, a 24,000-acre master-planned community to be built in Orange and Osceola counties. Thakkar is a member of the Florida Council of 100, a private, nonpartisan group which advises Gov. Rick Scott, the Legislature and state agencies on business issues. He also is a key figure in the Orlando Economic Partnership; the American Cancer Society’s CEOs Against Cancer; the Leukemia and Lymphoma Society; and the Tavistock Foundation Board of Directors, which provides anonymous charitable support to communities they serve worldwide.

As he eases into the role he assumed in October 2015, Tol has been passed the torch to carry on Adventist Health System’s mission of improving community health for everyone. As head of its Central Florida Division—with 18 hopitals and 32,000 employees—he has set a bold goal of having a quality health care facility within 10 minutes for 90 percent of the population. That follows an aggressive expansion by the chain, including free-standing emergency departments and rehab facilities in Orange and Osceola counties. It also encompasses additions at hospitals in Winter Park, Winter Garden, Celebration and Kissimmee. Adventist has partnered with the Osceola County School District to open a health center for employees and their families, which may be used as a model for other large organizations in Central Florida. Tol serves on the boards of the Orlando Economic Partnership and LIFT Orlando. Becker’s Hospital Review, a noted medical business publication, named Tol among the 60 “most powerful people in healthcare” in 2016 after he waived more than $500,000 in unpaid insurance claims for victims of the Pulse nightclub shooting. 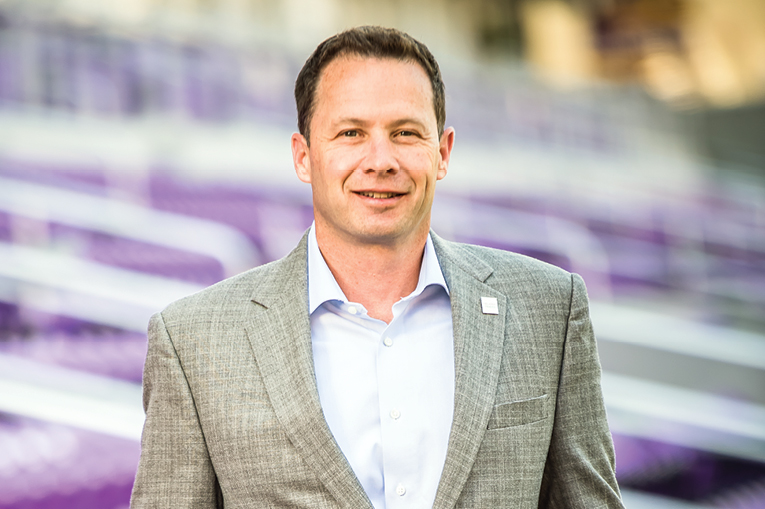 Fourteen months into his new job, Strong and his hospital chain encountered an emergency response like few others: the June 12, 2016, Pulse nightclub shootings. The company’s signature hospital, Orlando Regional Medical Center with Central Florida’s only Level One Trauma Center, treated dozens of gunshot victims. The unit received worldwide attention for its Pulse response, and the trauma team—which included doctors, nurses, technicians and hundreds of other employees—was honored in January as Central Floridians of the Year by the Orlando Sentinel. Strong oversees a $2.6 billion not-for-profit health care organization with 18,000 employees. Orlando Health is in expansion mode, working with Osceola County and Tupperware Brands to build a new $32 million emergency room and medical pavilion. A $100 million expansion in West Orange County is in the works, and Lakeland Regional Health plans to join the chain later this year. Strong is a board member of the Florida Chamber of Commerce. Becker’s Hospital Review also named him as among the 60 “most powerful people in healthcare” for waiving $5 million in charges for Pulse victims.

For the second year in a row, the timeshare magnate has found himself overcoming adversity. After his teenage daughter died of a prescription drug overdose in 2015, Siegel became a spokesman against the opioid epidemic, and he continues to donate the drug Narcan to local first responders with departments that can’t afford it, enabling them to revive drug overdose victims.  Then last fall, most of his massive Westgate Smoky Mountain Resort & Spa in Gatlinburg, Tennessee, was devastated by wildfires, but Siegel immediately committed to rebuild. His Central Florida resorts also are undergoing a $60 million expansion. His Westgate Resorts empire—the largest privately held timeshare company in the world—had more than $1.2 billion in revenue last year and is looking to expand into other markets. A supporter of President Trump, Siegel encouraged his 15,000 employees to vote for the candidate in last year’s election. Siegel’s net worth has been estimated to exceed $900 million and he has been labeled the richest man in Orlando. His Westgate Resorts Foundation gave $1 million to 50 nonprofits nationwide, three-quarters of that to Central Florida nonprofits focusing on homelessness, domestic violence, education and veterans’ assistance and employment

5. Craig Ustler
President, Ustler Development, Inc.
Ustler’s name has been associated with Creative Village since the concept for the digital mecca of business, education and living space was announced a decade ago. Now, with the groundbreaking for the UCF-Valencia Downtown Campus earlier this year, the bricks and mortar will begin to come into view. The developer plans a $105 million, 15-story student housing project to be completed in August of next year, when the campus is scheduled to open. Also planned for the Village is a $64 million, 256-unit mixed-income apartment project to be finished in 2018 or 2019. Ustler says it’s important that development be a positive force downtown and in the Parramore community and that there are transportation and “quality-of-life’’ issues still to be addressed. Meanwhile, the developer is working on his next apartment project at Florida Hospital Health Village. And although he has scaled back his involvement on the restaurant front, Ustler is still a partner in North Quarter Tavern and Soco, as well as Reyes Mezcaleria, the Mexican eatery that took over the space occupied by Citrus, the Ustler restaurant that closed in January after 10 years. 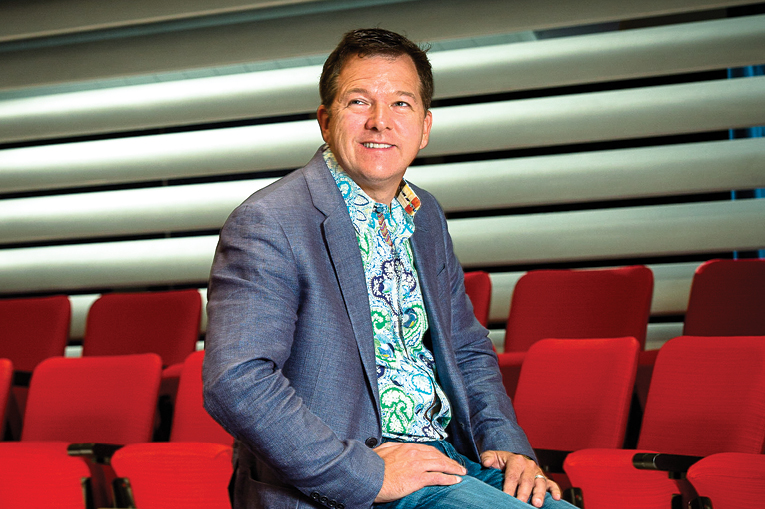 Unicorp’s footprints are hard to miss: Whittall and his company are responsible for the 400-foot-tall Coca-Cola Orlando Eye at I-Drive 360. The company recently began construction on another long-anticipated attraction next door: The Starflyer, a 450-foot-tall swing ride atop a tower. Whittal, a Central Florida native also known for bringing Trader Joe’s to the area, says he completed 12 projects last year worth more than $300 million and has another 14 ventures under way. One of those is a $65 million apartment complex that is part of Griffin Farms Town Center in Lake Mary. Unicorp also is involved in a controversial planned multimillion-dollar redevelopment of The Colony, a condo complex in Longboat Key on Florida’s West Coast that Whittall envisions as a luxury resort. And there are discussions about Unicorp becoming involved in the Creative Village development downtown that will include a campus for the University of Central Florida and Valencia College.

The former Lockheed Martin executive is literally the bridge between the manufacturing and tech communities. He oversees Bridging the Innovation Development Gap, a high-tech consortium developing advanced computer chip designs and the next generation of smart sensors, which could be a major employment source with high-paying jobs in the future. Formerly known as the International Consortium of Advanced Manufacturing Research and the Florida Advanced Manufacturing Research Center when launched in 2014, the $70 million project was renamed BRIDG in January. It is located in a 500-acre technology park near Kissimmee billed as NeoCity. Research projects will come from assorted industries, universities and other partners, including Harris Corp., Belgian nanoelectronics firm Imec, UCF and other state schools. Seventy companies also are in talks with the group, which has a 109,000-square-foot fabrication and research facility­—one of the most advanced in the world.