Who will be the best Cheap Eats in Central Florida?

We’ve picked 32 restaurants in the Orlando area that are known for their Cheap Eats. Each week we’ll have the eateries going head to head (think March Madness!) until the competition is whittled down to 16, then eight, then four and, finally, the two left standing for the championship round. The winners will be published in the June 2021 issue of Orlando magazine and on orlandomagazine.com! 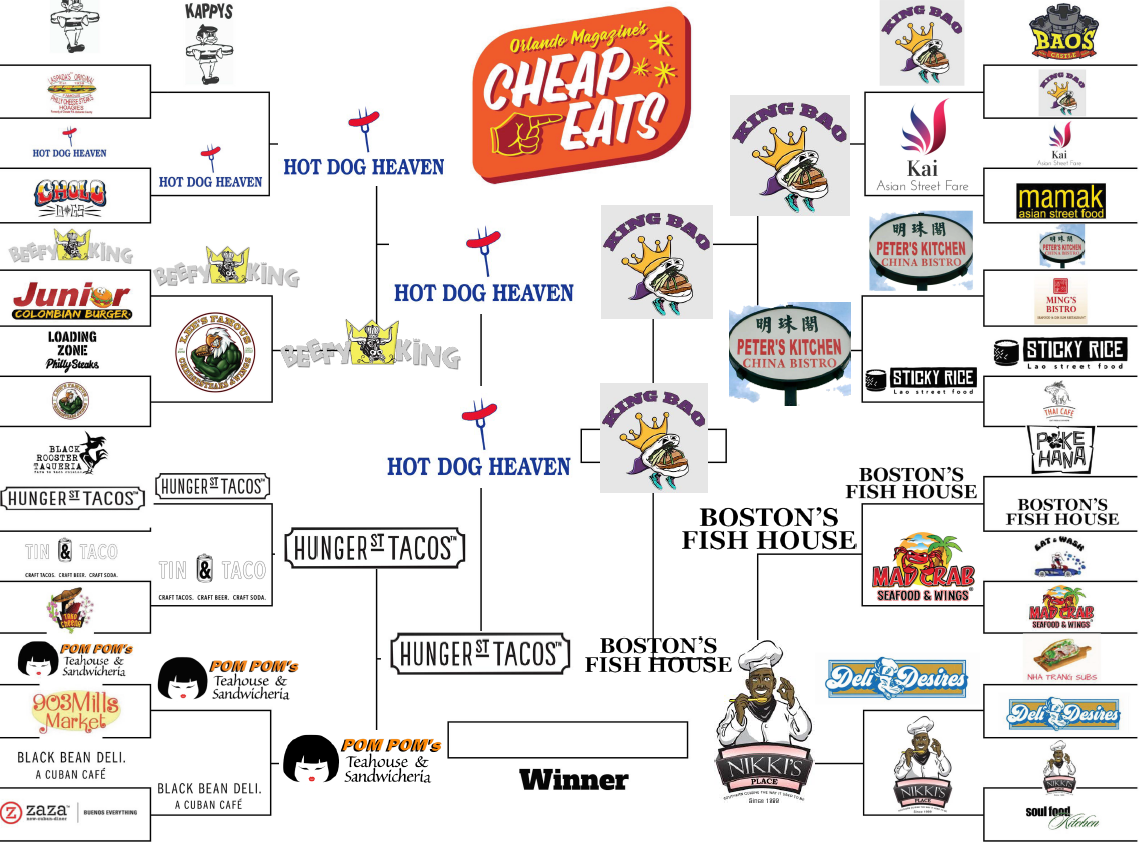 Download the Cheap Eats Bracket 2021 Voting Kit now! This free kit includes Facebook covers, flyers, buttons, and more to help you get the vote out about your business.

Voting starts March 12, 2021. There will be five rounds of voting, with the final round ending at 11:59 on April 23, 2021. To participate, voters must register a valid email and then login to cast a vote for each match-up. Each voter may cast one vote per match-up per round.

Registered voters will be automatically subscribed to Orlando magazine’s newsletter and Cheap Eats Bracket Challenge email updates. You can unsubscribe from either mailing list at any time using the links at the bottom of the email.

The winning restaurant for each match-up will be the one with the most valid votes at the end of the round. We will announce the winners of each round on our social media channels, so make sure you’re following us on Instagram, Twitter, and Facebook.

4 Roots: Focused on Unearthing the Power of Food