Year of the Tiger

As a former New Orleans resident, it’s hard for me to get totally enthusiastic about Mardi Gras anymore. In fact, it makes me sad that I can’t walk out onto my front porch like I used to and see a slew of parades go by in the week prior to actual Fat Tuesday.
But, this weekend I discovered my antidote to missing a real New Orleans Mardi Gras: Chinese New Year. The Vietnam district downtown has several spirited events open to the public that draw large crowds of families—just like Mardi Gras parades do. They also happen on the street, which lend themselves to inviting the casual pedestrian to wander over and join in.
Chinese New Year happened to fall on Valentine’s Day this year.  I would have forgotten about it if the man behind the counter at the Super Oriental Market on Mills hadn’t invited me to come over the day before the festivities. I wandered over to the grocery about noon the next day and joined a crowd of about a hundred people. From within the store, deep, thunderous drums boomed as people strained to see what might emerge through the front doors. Thick, red streamers, which turned out to be thousands of lady finger fireworks strung together, lay on the ground and swooped up along a high, red pole. On top of the pole, a head of lettuce dangled from a string.
The drummers burst through the doors followed by three dragons with human feet underneath, making the puppets shimmy and sway. Two of the dragons danced for the enthusiastic crowd as the third climbed up the pole and “ate” the lettuce (a symbol of prosperity perhaps?) The firecrackers exploded into a smoky, cacophonous cloud. The proper reaction was to hold the ears, screech in delight and run away from firework shrapnel. The dragons continued to dance to the drum beats as people stuffed red envelopes (traditionally filled with money) into their open mouths.
After a few charismatic martial arts demonstrations, which included some impressive nunchaku artistry, people filed into the store for a complimentary feast of Vietnamese goodies prepared to celebrate the Year of the Tiger.,

I think I may make this an annual tradition to soothe my Mardi Gras envy. Hope to see you there in the Year of the Rabbit.

Want to read the whole issue? Download and read this issue and others on Magzter. 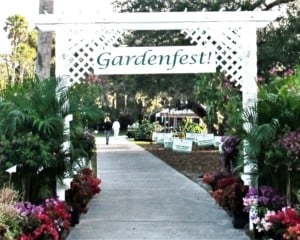