MaryKatherine Fechtel sits confidently as Chris Martin examines her hair, contemplating what style would bring out her best features. Fechtel, who is Miss Florida 2015, trusts that whatever decision the stylist makes will help her reach her goal of becoming Miss America.

The 20-year-old is one of numerous Florida contestants whom Martin prepares for local, state and national pageants each year, while also finding time to run his hair studio, Copperhead Salon, in Orlando’s Ivanhoe Village. Martin has been the official stylist for the Miss Florida Outstanding Teen Pageant for a decade, Miss America Outstanding Teen Pageant for four years, and the Miss America Florida program for six years. He estimates that he has worked with 150 contestants of pageants over that span. And so far, nine Miss Florida titleholders have won their crowns with Martin’s styling. 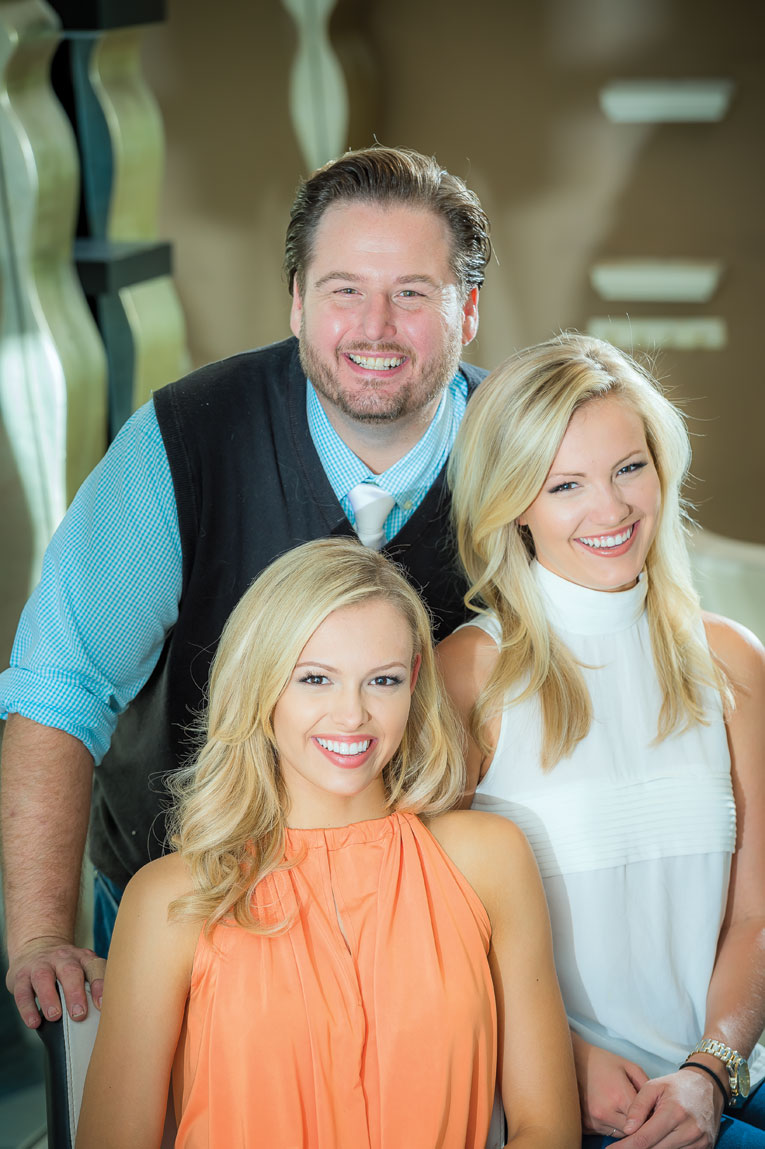 On September 13, his advice will be on display as Fechtel vies for the national crown in Atlantic City. And his coaching is key. Some pageants, including Miss Florida and Miss America, don’t allow a stylist behind the scenes, requiring that each contestant style her own hair for the competition. With the pressure of creating the perfect look without having a professional education in styling, contestants turn to Martin, 45, to teach them how to achieve the look they want.

“Chris has taught me how to take care of my hair properly, style, and use the proper products,” says Fechtel, who is from Leesburg but is a regular client of Martin’s.

Growing up in Avon Park, 75 miles south of Orlando, Martin was trained as a musician, but it was the art of hair styling that intrigued him most. “My grandmother always let me play with her wigs when I was younger,” he says. “Even as a kid, I loved making hair look pretty.”

As a young man, Martin enjoyed styling his friends and family but struggled with the concept of making his passion a profession. “I was this funky goth kid who loved styling hair, but where I lived, only women were stylists,” he says. “In high school, I ended up receiving a scholarship to study music at Florida State University, so I decided to move to Tallahassee and pursue a career as a musician.”

While in college, Martin persuaded his parents to pay his way through cosmetology school so that he could earn an income styling hair while being a music student. It wasn’t long before Martin made the bold decision to leave his scholarship behind and chase his dreams of being a stylist.

“In the ’90s, I would drive to Orlando on the weekends to visit friends, and while I was there, I would apply to some salons in the area,” he says. “When a salon downtown actually wanted to hire me, I decided to go for it and Orlando has been my home ever since.”

After styling for 16 years, Martin was approached by two of his friends to assist in styling the Miss Orlando City Beautiful Pageant. Martin accepted the position, offering his services free of charge.

“I never watched pageants growing up,” says Martin. “Ericka Dunlap was one of the first girls I ever styled and when she kept winning crowns all the way to Miss America [2004], I realized that working in pageants was a way bigger deal than I thought.”

In 2006, Martin decided to open his own studio, Copperhead Salon, determined to juggle styling his clients along with styling pageant contestants. The more Martin’s pageant clients won awards and crowns, the more his services became sought-after by contestants throughout the state.

So what’s the secret that has led his young women to victory? Refusing to tailor his clients’ hair to any specific “pageant look” style.  “I’ve never catered to what the judges want,” Martin says. “I always focus on what style is going to make this girl be the best version of herself.”

Along with styling, Martin makes it a priority to have every girl in his chair feel confident and special. “Chris is supportive of his clients beyond their time with him in the salon,” Fechtel says. “He has taken a genuine interest in my family, passions and future.”

While Martin wears many hats daily (business owner, stylist, adviser) he takes his responsibility as a foster parent most seriously. “I’ve always been a workaholic but spending time with my wife and family are what is most important to me now,” he says.