There are so many changes we needed an entire Issue to talk about them! 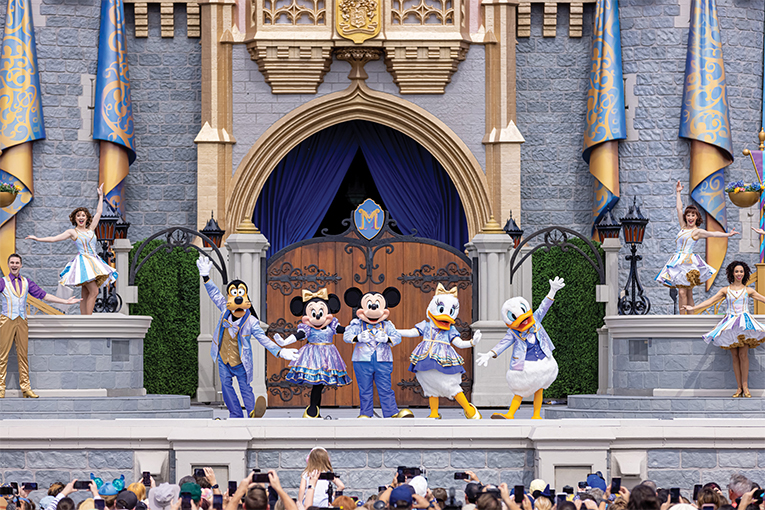 Walt Disney famously said, “Disneyland will never be completed. It will continue to grow as long as there is imagination left in the world.” While he may have been specifically referring to the California park, the same could be said for Walt Disney Resort as well. Although the main story at Central Florida’s top attraction recently has been, and continues to be, the resort’s 50th anniversary, Disney is celebrating the milestone by doing what it does best: Creating new ways to surprise and delight its guests. From complete park overhauls that include reimagining entire worlds, to launching travel opportunities that take us to galaxies far, far away, there’s a feeling that Disney is just hitting its stride at the half-century mark.

Each of the Walt Disney World parks have received significant updates in the last decade, including Magic Kingdom’s New Fantasyland in 2012; Pandora at Animal Kingdom in 2017; and sweeping updates to Disney’s Hollywood Studios that included Toy Story Land, Galaxy’s Edge and Mickey and Minnie’s Runaway Railway. And now, EPCOT is poised for major changes. Some have already been unveiled, but there are plenty more to come, including several that will open this year. 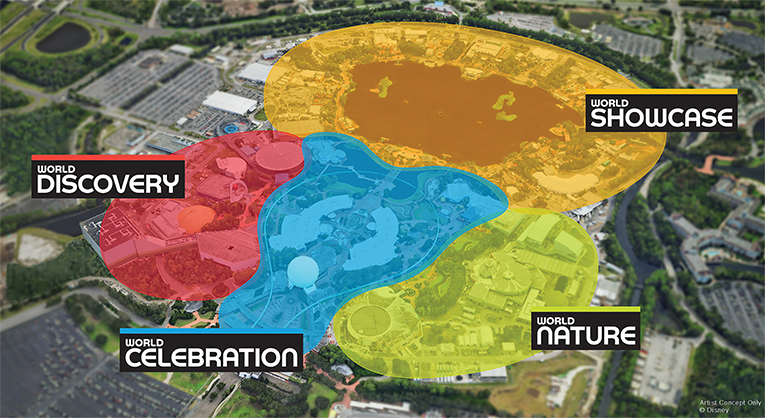 When EPCOT opened its turnstiles to the world on October 1, 1982, it was composed of two main sections: Future World and World Showcase. But that is changing. Today’s visitor can expect whole new worlds: As of October 1, 2021, EPCOT is now made up of four distinct neighborhoods that include World Celebration, World Discovery, World Nature and World Showcase.

While much of the work to the park continues behind construction walls, large parts of World Celebration, which makes up the front of the park, are accessible to guests. Last year, the entrance was overhauled, and large Leave a Legacy monoliths were removed. (Find the commemorative photos from them on a colorful new installation outside of the park.) World Celebration also includes Spaceship Earth, Creations Shop, Club Cool, and will soon be home to a new restaurant, Connections Cafe and Eatery.

Replacing Electric Umbrella, Connections Cafe is slated for a spring 2022 opening, which means we could be dining there before month’s end. The quick-service concept will offer food and drink inspired by different cultures. While the menu is fairly straightforward—burgers, pizza and salads feature prominently—thoughtful twists keep the flavors interesting. Tuck into the Banh Mi Burger, which incorporates a miso-marinated beef patty. Or opt for a plant-based Niçoise Salad with white beans as a satisfying protein source. Save room for delectable gelato shakes as well as the Liege Waffles, made from a sourdough batter. And for coffee lovers, it’s also worth noting that once opened, Connections Cafe and Eatery will also be the permanent home of the park’s Starbucks location. 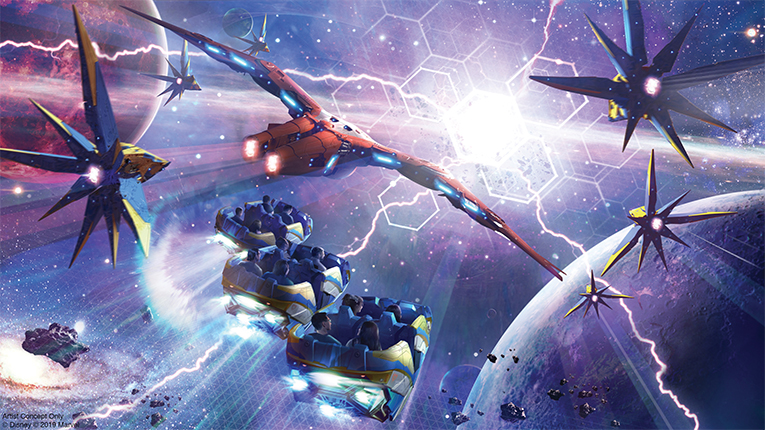 While Spaceship Earth is instantly recognizable as EPCOT’s central icon, the old girl has received a bit of an upgrade—at least externally. (Previously announced plans to refurbish the ride inside Spaceship Earth are not being discussed at this time.) Thanks to new lighting, the four park icons—Cinderella Castle at Magic Kingdom, Tree of Life at Animal Kingdom, Tower of Terror at Hollywood Studios and Spaceship Earth—now serve as Beacons of Magic when night falls. At EPCOT, the effects change and are set to music for a stunning nighttime show that’s worth your time to pause and enjoy.

Also in World Celebration, drop into Creations Shop to find the perfect memento of your visit, or imbibe in samples of sodas from around the world (for free!) at the Coca Cola-sponsored Club Cool.

EPCOT retains even more of its futuristic flair in World Discovery. Already home to the popular attractions Test Track and Mission Space, as well as Space 220 Restaurant, the area welcomes Guardians of the Galaxy: Cosmic Rewind on May 27. Based on the popular Marvel films, the new ride, which is being billed as a “family coaster,” will propel riders through space and time in an effort to save the galaxy. Cosmic Rewind will feature some fun “firsts” as well, as it’s the first reverse launch for a Disney coaster, and the first roller coaster for the park. Find it within the new Wonders of Xandar Pavilion, which will also house the Galaxarium, a planetarium-style attraction that showcases “intergalactic wonders” that connect Terra—Earth— and Xandar. 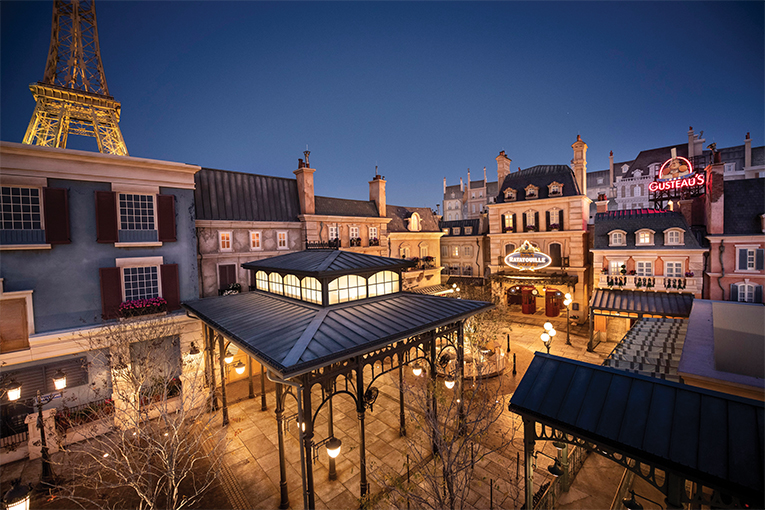 Walt Disney World is also home to a first-of-its-kind, interactive, multi-day experience, as Star Wars: Galactic Starcruiser recently began two-night voyages. When we say that the experience is like nothing you’ve ever seen, believe us. Guests embark on a two-day journey, and every moment is spent interacting with the crew of your luxury space liner, the Halcyon. It’s perfect for fans of cosplay and gamers who dream of pushing every button they can get their hands on. On our list of can’t miss experiences: lightsaber training. And the food? Truly out of this world.

Walt Disney World also continues to celebrate its 50th anniversary with new shows and performances. Latest to debut is Mickey’s Magical Friendship Faire at Magic Kingdom, where you can catch Mickey and Friends in their new EARidescent duds alongside other favorite characters.

Finally, we would be remiss if we didn’t mention the significant updates to technology and planning that Disney has rolled out over the past several months. With the July 2020 reopening of the parks after the COVID shutdown, Disney began requiring guests to make reservations to enter the parks. The reservation system doesn’t appear to be ending any time soon, and now the resort has also introduced Disney Genie, Disney Genie+ and Lightning Lanes (which replace the previously complimentary FastPass.) While Disney Genie, a planning tool accessed through the My Disney Experience app, is free, there are additional fees for Genie+, which grants guests access to some Lightning Lanes included with the price. For Disney’s most popular rides, however, expect to pay a la carte fees for skip-the-line privileges. 2022 also brings the next-generation MagicBand+, set to offer new functionality that will make for even more magical moments within the parks and resorts.

This article appears in the May 2022 issue of Orlando Magazine.
Categories: Arts and Events
Tags: theme park, theme-parks, Walt Disney World, WDW
Want to read the whole issue? Download and read this issue and others on Magzter.

May 2022 Orlando Calendar of Events