A wedding industry insider finds the partner and the dress of her dreams.

Jessica Kelly has worn hundreds of wedding dresses, but never her own… until now.

She began modeling them during high school for Florida Wedding Expo, her mother’s company, which produces events around the state introducing engaged couples to wedding professionals. She continued to appear in the expo’s fashion shows throughout college, and a few years after graduating she joined the company, where she’s now director of operations. 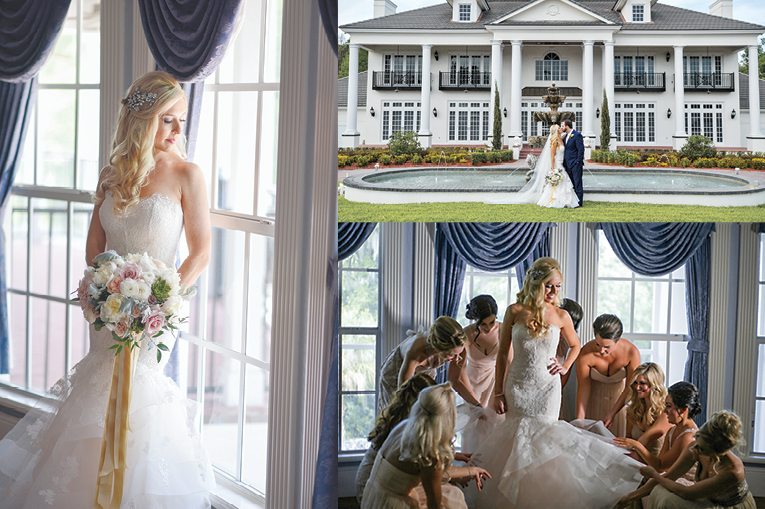 The couple chose the Luxmore Grande Estate because they loved the timeless elegance of the venue;

Jessica’s “Saffron” gown was ivory with a blush underlay by Monique Lhuillier.

She had the chance to finally say yes to her own dress when she met Brian Kelly, a financial analyst, in Orlando in 2014—a meeting that almost didn’t happen. She missed her flight home from a business trip in Dallas, and when she finally arrived, she was tired and ready for bed. But a friend convinced her to come out to a downtown bar. Luckily Jessica went, and that was where she met Brian. “I don’t know if it was his handsome beard, or the Chubbies shorts he was wearing, but Brian stood out among the rest,” she says. “We started chatting and haven’t stopped since.”

They soon began dating and before long, Brian, 27, decided it was time to get serious. In 2016, while she was on vacation in New Zealand, he planned a St. Patrick’s Day proposal with Jessica’s entire family hiding at a local restaurant, thinking they were there for a surprise birthday party. Instead, they were about to witness Brian’s proposal. 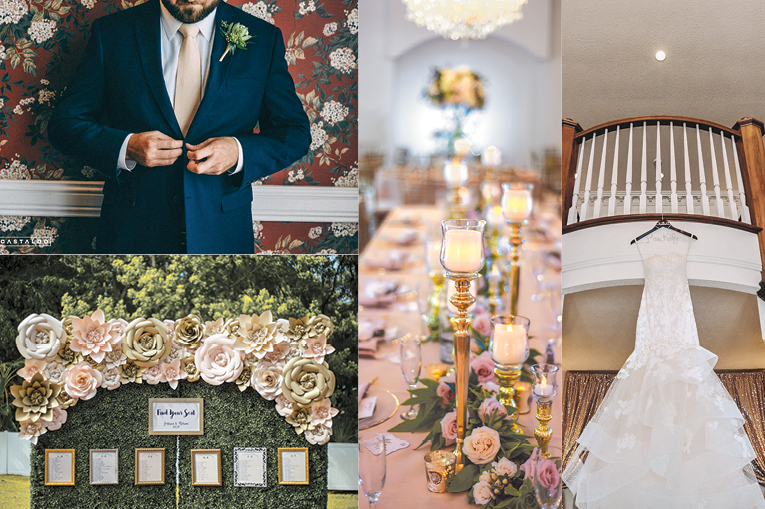 Brian chose to wear a dark blue suit by Dobell; the stunning paper floral décor was created by Dazzling Deco;  the tables were set with flowers and candles in shades of rose gold and champagne.

Once she had the ring and the date was set, Jessica went into wedding planning mode, something she knows a lot about because of the family business. Yet, she says, “I wasn’t one of those little girls who had it all planned out. I basically started from scratch.”

Even finding the dress was a challenge. After wearing so many wedding gowns on the runway for so many years, it “was almost impossible to choose my own,” says Jessica, 32. “There were so many gorgeous dresses, but nothing ever felt like it was the one.” 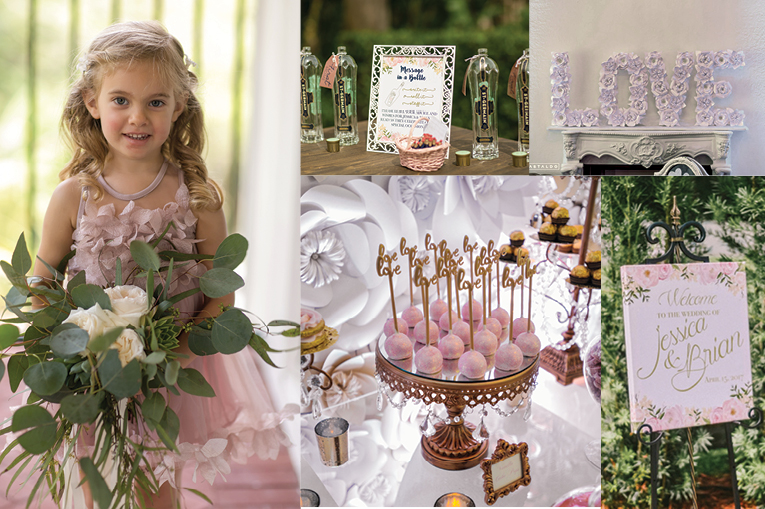 Jessica’s 8-year-old cousin Abigail Bilbao served as a flower girl; wedding programs gave guests an idea of what was to come; the cake pops on the dessert table looked almost too good to eat; guests were encouraged to leave a message in a bottle for the newlyweds.

She tried on at least 50 dresses at various salons before finding her perfect gown at The Collection Bridal in Winter Park: a strapless, ivory, mermaid-style Monique Lhuillier with a blush underlay.

Her knowledge of so many local wedding vendors gave her an edge when it came to planning the big day. For the venue, Jessica and Brian chose Luxmore Grande Estate in Winter Springs. They loved the lakefront grounds and the elegant crystal chandeliers and prohibition-era antique bar. That was where they served their signature cocktail, “Mint to Be,” and a custom craft beer brewed by Jessica’s uncle called, “Hoppily Ever After.” 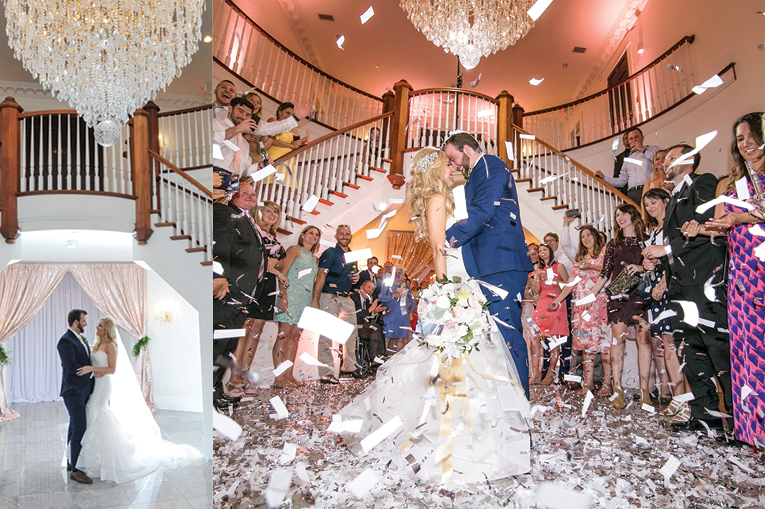 They incorporated other special touches into their ceremony, including a warming of the rings. They put their rings in a sachet bag pinned with their college sorority and fraternity pins and passed it to each groomsman, bridesmaid, and close family members, who offered a silent wish, blessing, or prayer for the couple. This moving tradition took place while one of Jessica’s childhood friends sang “Fools Rush In.”

Jessica also had her own surprise for Brian: a groom’s cake decorated like his favorite American flag shorts and adorned with a fondant cigar, sunglasses, and a mini bottle of his favorite bourbon.

After a year of planning, and an amazing day, they took a couple of weeks to decompress before heading off on their honeymoon to Spain. Brian thankfully took charge and planned it all, she says. After all, it was his turn. 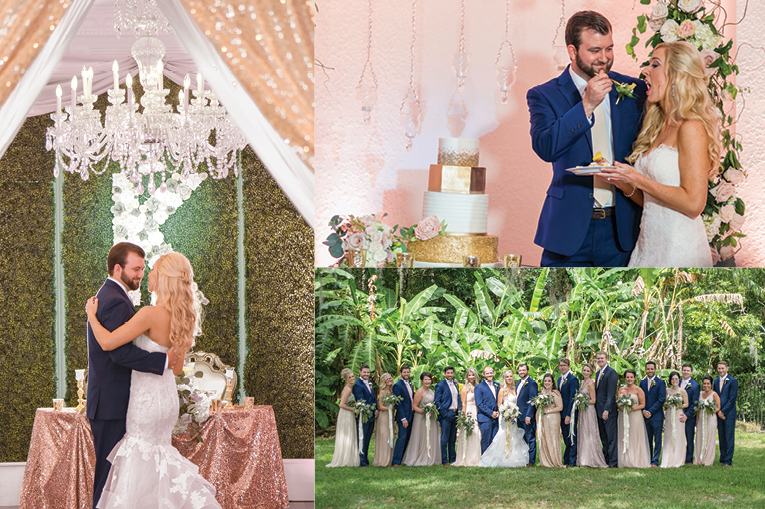