Since high school, he has continued his upward trajectory. The path wasn’t always easy.

The thought was always in Wayne Brady’s head, but for most of his childhood that’s where it remained. He dared not speak about it, much less pursue what he was thinking.

“I didn’t want to be laughed at,” says the multifaceted entertainer, a winner of six Emmy Awards, who now, of all things, regularly makes people laugh. “But I always had that hunger. From the time I could put a thought in my head, I knew I wanted to perform.”

Brady also knew that if the kids in the hardscrabble Tangelo Park neighborhood where he grew up knew that he wanted to sing and dance and act…well, let’s just say it wouldn’t have gone over well. There was already enough bullying that he endured. 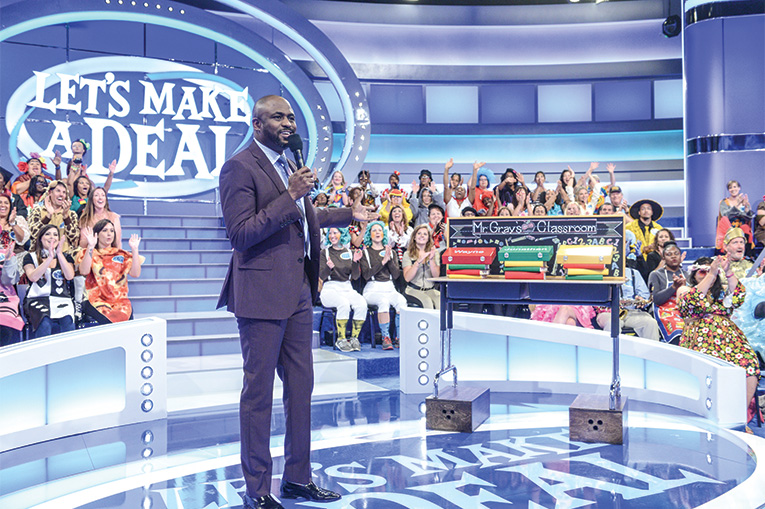 Two very different worlds, but there were similarities. In Tangelo Park, Brady says, a lot of the kids didn’t think he was behaving black enough, that he thought he was too good for them. Because he was being raised by his grandparents, who were from the U.S. Virgin Islands, he also had enough of a different dialect, accompanied by a slight stutter, to invite trouble. Yet, awaiting Brady across I-4 was the racial tension of being a poor black kid in an upper-class school composed of mostly white kids. That, too, led to its share of bullying.

So he learned early on to stand up for himself. “Growing up, there were quite a few fights,” he recalls.

It wasn’t just his fists he learned to use but also his wit. “If someone had one of those ‘yo mama’ jokes, I had to have a quick comeback ready, which has served me later in life,” says Brady, 47. “Growing up the way I did shaped me to be very open to different people and cultures. It made me be a bit of a chameleon in order to deal with any group in front of me. It also helped me use my imagination, which definitely came in handy later in life.”

Not until his junior year at Dr. Phillips High did Brady dare attempt to assemble his childhood experiences and place them under some semblance of a spotlight. He was in ROTC at the time, both because of his father’s military background and because “in a weird way, I thought the closest I could get to performing was maybe being able to march and join the honor guard.”

It was while wearing a buzz cut and his ROTC uniform that Brady one day walked into Karen Rugerio’s drama class. A fellow ROTC buddy had a small role in a school play, Dark of the Moon, playing the character Uncle Smelicue, but had dropped out. He told Brady he didn’t need to audition for that role; it could just be his. “I saw it as a way to live my on-stage dreams, but at the same time not let everybody know that I really wanted to do it,” he recalls. “I could kind of play it cool. I could be like, Oh yeah, I’m just hanging out with these drama nerds,’ when secretly all I wanted to do was be in the arts program and become a thespian.”

Rugerio immediately saw Brady’s talent and hunger for the craft. With her prodding, and Brady’s work ethic, his career took off. One play led to another, and he catapulted from bit parts to lead roles. Eventually, it led to acting in commercials and now, three decades later, a thriving career that showcases his manifold talents and has taken him from Hollywood to Broadway and all points in between. His work as a singer, dancer, actor, songwriter, and improvisational comedian has garnered Brady, in addition to his six Emmys, a Grammy nomination, and he has appeared in Broadway productions of Chicago and Kinky Boots. He currently hosts the iconic Let’s Make a Deal game show, as well as appearing regularly on the breakthrough comedy improvisational show, Whose Line Is It Anyway?

As a child, becoming a Broadway talent had occupied the biggest part of Brady dreams—not hosting game shows and doing improv comedy. But when the opportunities arose, those talents came naturally to him. “I have memories of coming home from school and the TV was always on,” he says. “In the background were the soap operas, then The Monkees would come on, then Bewitched, and then the game shows. So it was always the soundtrack of my youth. I already had all that in my head.”

Brady’s dazzling repertoire of skills all came to the fore with Whose Line Is It Anyway? Debuting in 1998, the format featured four performers taking suggestions, either from the audience or from the host, and creating on-the-spot characters, scenes and songs. Brady’s brilliance quickly drew accolades.

In 1999, when the iconic game show Let’s Make a Deal was revived, Brady was selected to be its host, with the blessing of the original host and co-creator Monty Hall. Hall, who died in 2017, told Brady to be himself and not a carbon copy of the show Hall hosted during its 1960s heyday. “Monty told me, ‘This is your show. You don’t have to be me. We wanted you to do the show because of you.’ That meant so much. It meant the world to me.”

The result is a high-energy, hourlong, improvisational game show that blends singing, dancing, acting and humor, once again spotlighting Brady’s many talents. “What we were doing is introducing the show to a whole new world, as well as reintroducing it to the people who remember it from its first go-around,’’ Brady says. “So the only thing I could do is be me. That’s why I think it has turned into this daytime party/improv/anything-can-happen/game show experience. That’s why folks have stuck around for 11 seasons.” 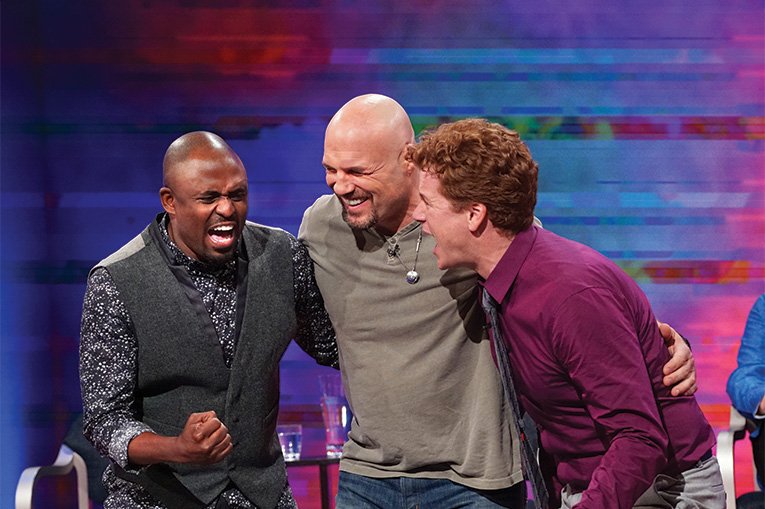 Brady is an integral part of Whose Line Is It Anyway? (DANNY FELD/THE CW)

Brady, who lives in Los Angeles, makes it back to Orlando occasionally and not just to perform (which he will do with an improv comedy show October 12 at the Dr. Phillips Center). His grandfather died when he was 10, but grandmother Valerie Petersen, who raised him and whom he calls Mom, still lives in Tangelo Park. So when he does return, it’s not uncommon for him to see old neighborhood kids and former classmates from Dr. Phillips High—even the ones who bullied him in both settings.

He laughs about it now.

“It’s funny,” he says. “You’re talking to 47-year-old Wayne who graduated high school 30 years ago. Our reunion is next year. This me couldn’t care less. It’s been such a long time. It would be petty for me to hold onto those things. But if you would have talked to the Wayne who went to his 10-year reunion, which happened to be the same year that Whose Line Is It Anyway? really hit it big, it was everything that 15-year-old Wayne could have ever hoped for. I was hanging out with [fellow Dr. Phillips High classmate] Joey Fatone, who had just made it big with NSYNC. Entertainment Tonight showed up with a camera crew. It was amazing. And it was very fresh in my mind the kids who made fun of me and how those things drove me.

“But now, 30 years after the fact, I don’t let that resonate in my head anymore. I’m very much at peace. Now I see some of those kids on Facebook, of all things, and I’m like, ‘You know what, God bless you guys. Good for you. You’re doing your thing. Your life is whatever your life is.’ I just know I’m excited and I’m living my dream daily. I go home to a wonderful house. I have an amazing daughter. I get a chance to make people all over the world laugh. I make an incredible living. And I get to do things a lot of people dream of.”