Waiting in the Wing

Set to open this month, the much anticipated $5 million expansion of the Morse Museum will seek to capture the spirit of Louis Comfort Tiffany’s Long Island estate.

Like a soldier crossing a minefield, I am cautiously threading my way through the Morse Museum’s new $5 million wing.

It’s several weeks before the scheduled public opening and things are in a deliberate sort of disarray. After squeezing past an entrance barrier and around some workers who are still painting the walls, I maneuver through the detritus of preparation—ladders, drop cloths, worktables, an industrial-strength vacuum cleaner and large, mysterious packing crates.

Peering beyond the clutter, I can sense that the expansion will be a very big deal, not just for the museum but also for this community and for a certain slice of the art world. It will increase the building’s exhibition space by half, to 18,000 square feet, and add an additional 6,000 square feet behind the scenes.

But the extra space is just part of it.

The Charles Hosmer Morse Museum of American Art, on Park Avenue in Winter Park, bills itself as having the world’s most comprehensive collection of the works of Louis Comfort Tiffany, a son of the famous jewelry giant who is himself famous for his multicolored-glass lamps. Since it was founded in 1942, the museum has tried to broaden the public’s understanding of Tiffany’s work—work that ranges beyond those signature lamps to include windows, ceramics and paintings.

During my visit, Morse director Laurence J. Ruggiero stops by and shares his pet theory that Tiffany’s greatest masterpiece was not a lamp or, for that matter, any single item. Rather, he says, it was the whole of Laurelton Hall, Tiffany’s elaborate mansion, built in the early 1900s on the artist’s 600-acre Long Island estate.

Although the 84-room, eight-level mansion was destroyed by fire in 1957, much has been reclaimed, restored and refashioned by the Morse. A major objective of the new wing, in fact, is to further broaden the general understanding of Tiffany’s art by suggesting what Laurelton Hall was like during his lifetime.

“When you see what he did with his house, where he was free to do what he wanted, [you see] that he made a resonant, multilayered object capable of complex interpretation, not just a pretty house,” explains the director.

After it’s finished, the new wing will contain 250 objects and architectural elements from, or related to, Tiffany’s mansion. None is new to the Morse collection, but some have never been on display at the museum. As for those that have, their placement in the wing makes (and will make) them look different.

The Four Seasons series, for example, includes one window for each season, arranged side-by-side in one of the new wing’s 11 galleries. I turn from Summer, with its leafy greens, to the moody browns and ambers of Autumn to the dark, snowy Winter and to Spring, alive with its greens and blinding white. As I do, I feel like I’m gazing both at and through windows that reveal an entire year’s cycle.

“You’ve seen virtually all the windows before,” Ruggiero tells me, “but you’ve never seen them before.”

For a while I focus on the wing’s centerpiece, the newly erected Daffodil Terrace. It’s framed by eight 11-foot columns, each holding a spray of two-dozen yellow Tiffany-glass daffodil blossoms at the top.

At Laurelton Hall, the terrace was open to the elements, but at the Morse, for reasons of preservation, it’s enclosed by clear glass walls. And yet, looking out through those panes, it‘s easy for me to imagine that I am outdoors.

The wing will open to the public on Feb. 19, just one day after the 163rd anniversary of Tiffany’s birth in 1848. This project has been percolating, in one way or another, since at least 2006, when the Morse Museum helped New York’s Metropolitan Museum mount its own Laurelton Hall exhibit.

In Ruggiero’s view, the wing represents a consummation of sorts in which the last major portion of the Morse’s core collection will finally be accessible to the public. But, of course, not until the wing is ready.

Soon, I am snaking my way back through the pre-opening bric-a-brac, past the entrance barrier and straight out the door—all the while itching to return. 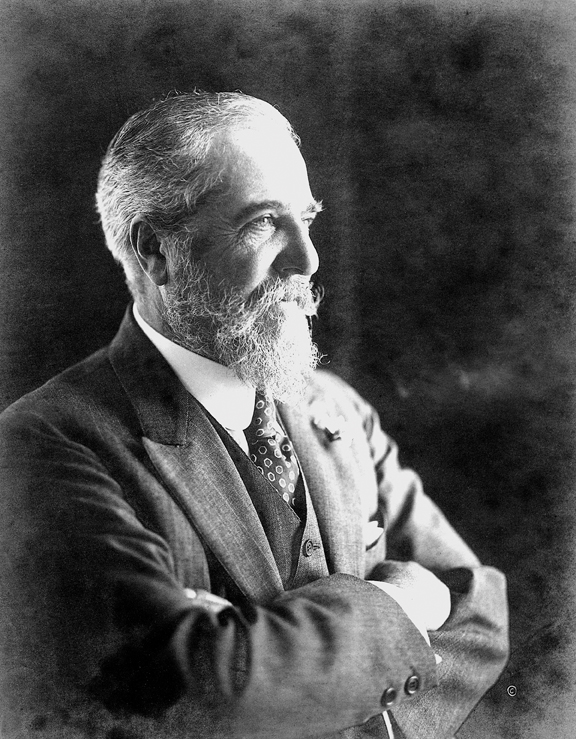 This article appears in the February 2011 issue of Orlando Magazine.
Categories: News and Features