How your fundraiser can help families in developing nations.

Are you aware that at this moment there are millions of families around the world who live on as little as $2 a day? By global standards, this is considered extreme poverty. Unfortunately, millions of adults can't provide for their families because systemic poverty exists in many developing nations. Quality education and job opportunities are limited, and many have to create their own economic opportunities to escape.

In addition, do you know over 600 million shoes are disposed of in our country each year in ways that are unsustainable and harmful to both the environment and our health? As someone who has spent decades working in the shoe business, I'm aware it takes more than 80 years for footwear to decompose entirely, and as they begin to disintegrate, the shoes release harmful toxins into the environment.

If you’re a business owner, parent, school administrator, or leader of a nonprofit or civic group, there’s something you can do today to improve those realities. And, you can raise thousands of dollars for your organization with a creative fundraiser. By partnering with a leading
shoe drive fundraising company, you and your team will raise money and support micro-entrepreneurs (small business owners) in developing nations by providing them inventory. It also helps the environment by re-purposing shoes.

I'm a father and grandfather, and like you, I'm tired of selling chocolate or cookie dough to people I know. In fact, I won't do it. Instead, I write a big check and then give out empty calories to anyone who wants them. And, despite working in sales, I don't like the idea of selling anything to my friends and family. 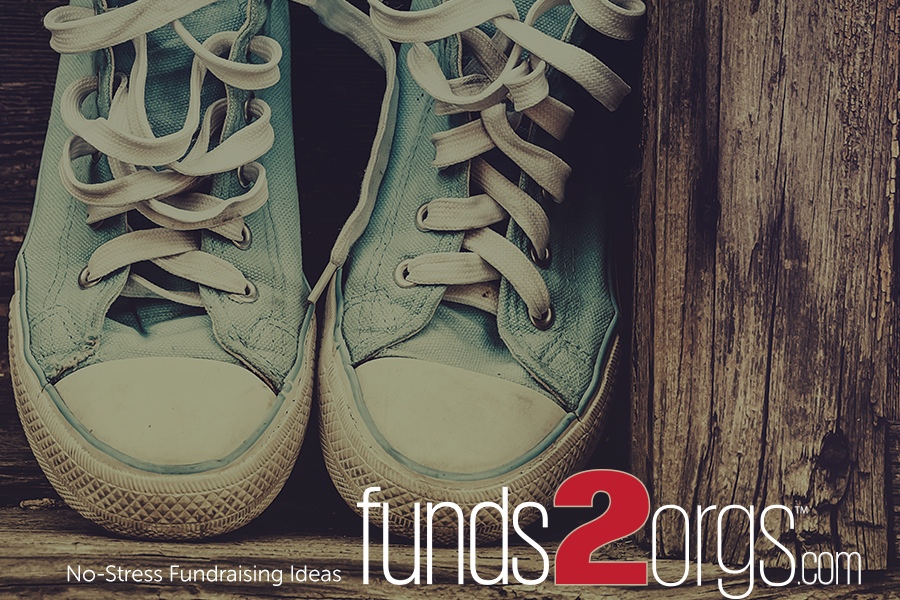 With a shoe drive fundraiser, all you have to do is collect gently worn, used and new shoes. That’s it. Your organization is issued a check by the shoe drive fundraising company for the footwear collected. Donors and supporters love this unique fundraiser for a variety of reasons:

The next time the kids in your family, your co-workers or others tell you it’s that time of year again, and you need to raise money, tell them about exploring the chance of doing a shoe drive fundraiser. There are other ways to raise money and make a positive impact in the world that do not include having to sell empty calories or donate money.

Wayne Elsey is the founder and CEO of Elsey Enterprises. Among his various independent brands, he is also the founder and CEO of Funds2Orgs, which is a social enterprise that helps nonprofits, schools, churches, civic groups, individuals and others raise funds while helping to support micro-enterprise (small business) opportunities in developing nations and the environment. You can learn more about Wayne and obtain free resources, including his books on his blog, Not Your Father’s Charity.