History and nature combine to make a visit to St. Marys and Cumberland Island a sweet Southern experience. 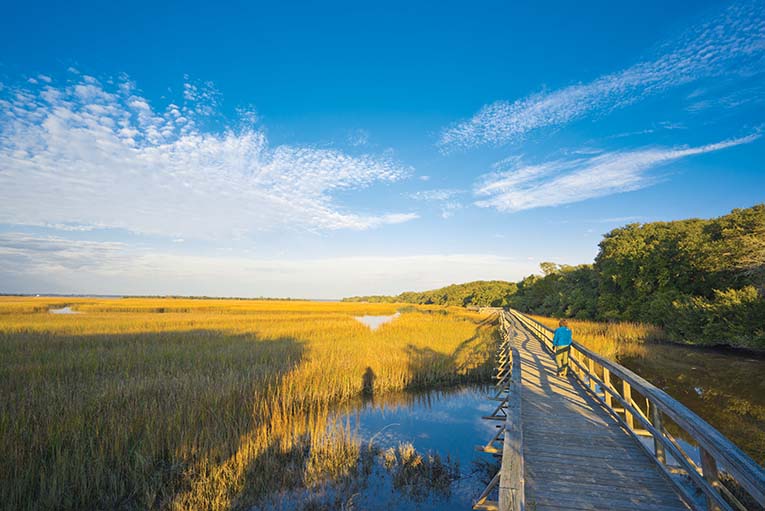 On Cumberland Island, visitors can hike across saltwater marshes, through maritime forests and along the Atlantic shore, all in one day. (COURTESY OF EXPLORE GEORGIA)

“The island keeps calling me back.” That’s how one visitor to Cumberland Island National Seashore in Georgia describes his love affair with the 18-mile-long barrier island accessible only by ferry. For the past three years, Collin Parker has made his annual cross-country trip (2,380 miles) from Idyllwild, California, to St. Marys, Georgia, where he boards the Cumberland Queen II to traverse the St. Marys River—all for the opportunity to get lost in the bewitching wilderness of one of the country’s largest and most biologically diverse barrier islands.

But he’s not the only one seduced by Cumberland’s haunting and tangled maritime forests, whispering saltwater marshes, silky-fine sand dunes and majestic pastel-hued beaches. New Yorkers have been spotted camping in dome tents, along with a family from North Carolina pedaling cruisers on hard-packed sands, and local day-trippers in beach chairs soaking up sun and surf. Even celebrities such as John F. Kennedy Jr. and his bride Carolyn Bessette headed to Cumberland in 1996 to secretly exchange wedding vows in the tiny First African Baptist Church on the island’s north tip.

Except for the simple house of worship, a miniscule Ice House Museum and a few Gilded Age edifices, including the Greyfield Inn and Plum Orchard mansion that have ties to the Carnegie family, Cumberland remains a pristine destination. There’s nothing to buy on the island. Even campers must bring all their supplies and pack them out when they leave. 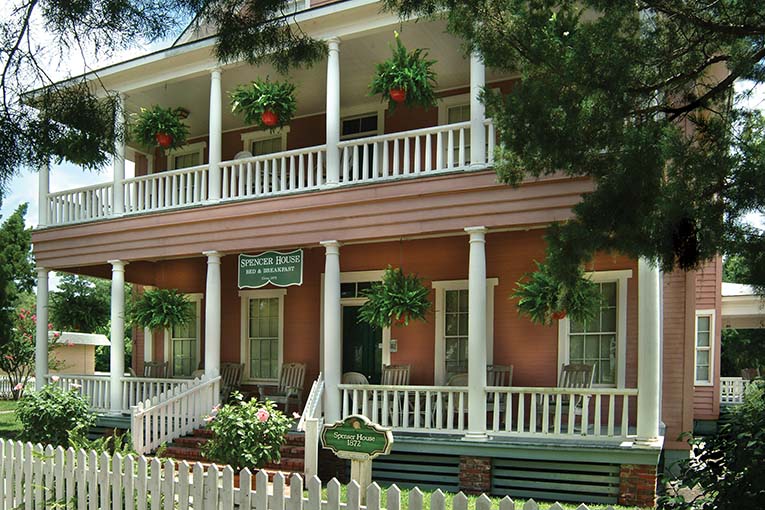 Although there are 22 trails, the Southend Loop Walk accessible from the ferry’s dock at the Sea Camp Ranger Station is a favorite. Disembark, turn right and follow the River Trail through a cavern of towering live oaks with gnarly limbs and dense cabbage palmetto. Five stories above, Spanish moss drips from the trees and blows in the wind as sunlight dances through the canopy, adding a mysterious vibe to a morning walk. And don’t be startled by a rustling in the forest from a wild hog.

At the end of the trail, pop into the Ice House Museum to learn about the Timucuan people, the island’s sea cotton plantations, and the role Thomas and Lucy Carnegie played on Cumberland. Lucy’s monogrammed crystal and silverware are on display.

Continuing, you’ll come upon feral horses grazing near the Dungeness Ruins, the remains of the mansion built by Thomas for his wife and their nine children in 1884. The death of the steel magnate and brother of Andrew Carnegie in 1886 didn’t deter Lucy, who went on to become the matriarch of the island. She added a swimming pool, tennis courts, a dairy barn and powerhouse to the estate before passing in 1916. Although the mansion caught fire in 1959, its stone and brick remains are quite impressive and offer visitors an imaginative glimpse into an opulent bygone era.

Past the ruins, hikers find the elevated Marsh Boardwalk. Take a seat on its wooden benches and watch pelicans dive for dinner into tall swaying grass. Next you’ll reach soft sculptured dunes studded with skeletons of dead trees, where anhingas perch to dry their wings.

A few more steps and an expansive windswept beach will leave you awestruck. Because Georgia’s coast is 70 miles from the edge of the continental shelf, waves from the Atlantic Ocean lose energy as they flow over the massive drop-off, arriving gently instead of with a roar. Hike 1½ miles along the shore to the trail marker, then cross the island through the thick maritime forest to return to the ranger station and board a ferry back to St. Marys.

The small-town America destination, where every house has a front porch and a granddaddy oak in the yard, is truly a hidden gem. From the historic Spencer House Inn Bed & Breakfast (circa 1872) on the main street, you can easily explore. For the past 26 years, proprietors Mary and Mike Neff have taken meticulous care of the three-story home with its white picket fence and two-story verandah. From porch rocking chairs guests enjoy views of the shops on Osborne Street and Our Lady Star of the Sea Catholic Chapel, an example of church architecture from the mid-1800s. Rooms are painted in rich jewel tones and have four poster beds, fringed floral draperies and artwork of the era. 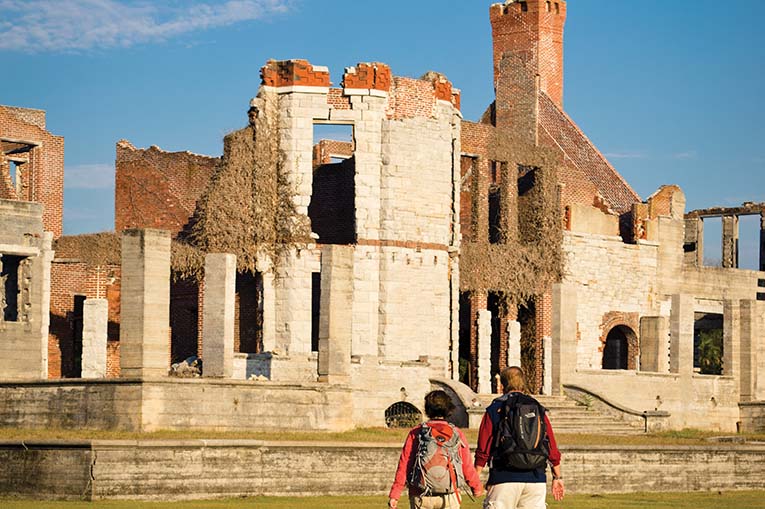 On Osborne Street, The Once Upon a Bookseller shop is a rare find stocked with reading material on the area. The popular book, Untamed, is a good read about the adventures of a self-taught scientist and defender of sea turtles on Cumberland Island. Walk toward the riverfront and you’ll encounter The Company House, Lucy Gunn and Merry Mermaid antiques and gift shops as well as the general store Market on the Square selling souvenirs, coffee drinks and creamy fudge. Restaurants dot the riverfront, and a park offers swings facing the salt marshes, prime seating for watching sunrises and sunsets.

For a condensed version of the area’s past continue on to St. Marys History Walk, a park with plaques that tell the story of this small town. Adjacent is the Oak Grove Cemetery, where Revolutionary War soldiers are buried. With its Resurrection Angel statue guarding graves and oaks with flowing Spanish moss, the cemetery—with a little imagination—has an eerie feeling reminiscent of graveyard scenes in the film Midnight in the Garden of Good and Evil.

St. Marys is less than a three-hour drive from Orlando. The ferry departs from the riverfront and docks on the southern end of the island. Visitors can take bicycles on board or rent them from a concessionaire. Campers can book up to seven days. There is a $10 national park entrance fee.

Greyfield Inn was built by the Carnegies in 1890 for daughter Margaret Ricketson. In 1962 the Colonial Revival-style mansion was converted to an inn by Ricketson’s daughter. Consider booking the all-inclusive package—lodging, meals, bicycles, kayaks, private tour and ferry service.

Seagles Restaurant, tucked in St. Marys’ historic Riverview Hotel, serves up Georgia shrimp with classic Southern sides like hush puppies and squash casserole. Hang out with locals in Captain Seagles Saloon or sneak off through a red telephone booth to the Speakeasy Bar for a cocktail.