The distinctive Florida-informed, mid-century modern architecture of Sarasota is putting the city on the map for design enthusiasts. 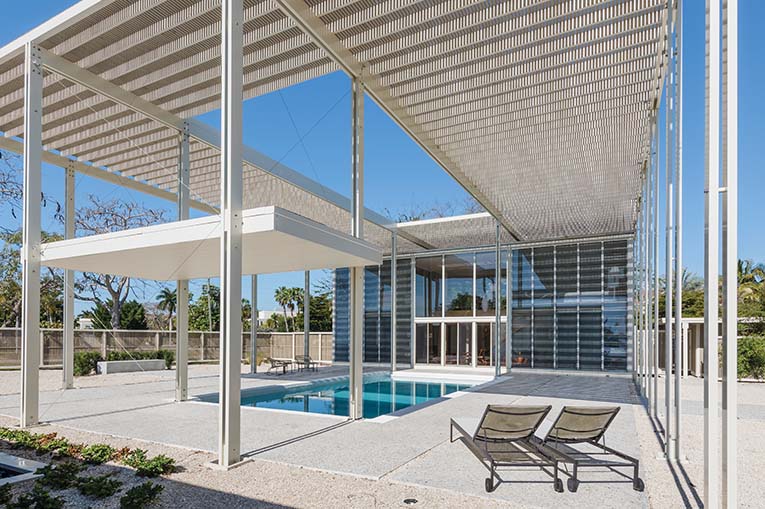 The Umbrella House is an icon of the Sarasota School of Architecture design movement. (ANTON GRASSL/ESTO)

For most visitors, Sarasota brings to mind sun-bleached sand and aquamarine Gulf Coast waters. Not so for architectural tourists, most of whom are content to leave their swim trunks at home.

Some, with guidebook in hand, head straight to the Umbrella House in Lido Shores, a residential neighborhood packed with mid-century gems just north of St. Armands Circle on Lido Key. These visitors stand slack-jawed in the shade of the home’s tamarind tree as they face the two-story cube covered by a sprawling post-and-beam slatted sunshade. This 1953 modernist masterpiece by Paul Rudolph (commissioned as a spec home to lure buyers to Lido Shores) is an iconic example of the design movement known as the Sarasota School of Architecture (SSA).

A chosen few hit the lottery when they’re spotted by the owners, Bob and Anne Essner who happen to live across the street, and invited inside to see how Rudolph created an incredibly livable 1800 square-foot home that remains relevant today. The rest of us have to wait for the monthly architect-guided tour (on hiatus during the pandemic) offered by the Sarasota Architectural Foundation (SAF). Access to this privately owned, museum-quality asset is but one way the organization fulfills its mission to educate, celebrate and advocate for the legacy of the SSA.

To be clear, there is not and never was an actual school. The SSA refers to modern architecture developed for the Florida climate between 1941-1971, says Dr. Christopher Wilson, architecture and design historian at the Ringling College of Art and Design and immediate past chair of the SAF. 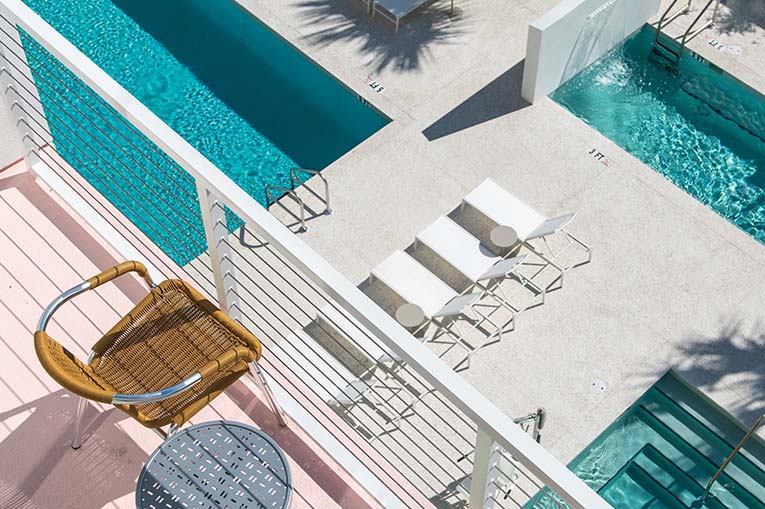 Patterned after Palm Springs’ Modernism Week, Sarasota MOD Weekend has been a community fixture since 2014. Presented by SAF, MOD is typically packed with tours, films and conversations about the mid-century modern architecture that has done so much to shape the Sarasota of today. This year’s MOD Weekend (Nov. 6-8) is thoughtfully planned to balance access with social distancing and will celebrate the work of architect Carl Abbott who studied under Rudolph at Yale and became the last member of the SSA after setting up his studio in Sarasota in the late 1960s. Abbott continues to create his bold designs as both architect and landscape architect, making his work the ideal lens for exploring the SSA from an outdoor perspective.

This year, participants can visit the gardens and outdoor rooms of at least 10 homes by Abbott, including his well-known Putterman House, while watching or listening to pre-recorded videos with the architect speaking at each house. “It is one way of getting Carl to tell you what he was thinking,” says SAF chair Anne Essner, “when he decided how the land would inform each site.”

Another first this year will be guided architectural kayak tours. “During quarantine, our board member Christopher Wilson discovered that there are all of these mid-century homes you can see from the water,” says Essner. The organization is looking to make the tours a part of its ongoing offerings. 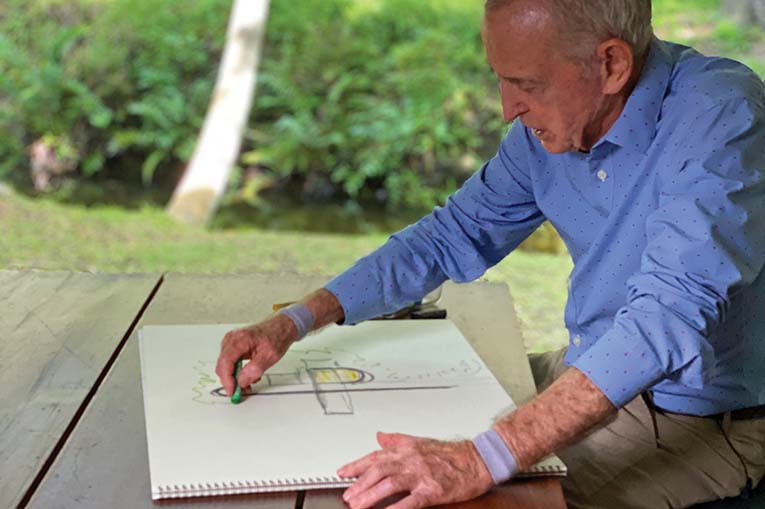 Architect Carl Abbott at work in his office (MARNE GASTON)

“The SAF has done a brilliant job reimagining how we might look at and think about Gulf Coast architecture in the times of COVID,” says interior designer Ellen Hanson. Her Pansy Bayou Design Studio in downtown Sarasota re-created the interior of the Cocoon House, an iconic structure built by Paul Rudolph and Ralph Twitchell in 1948 on Siesta Key. The SAF leased and restored the structure in 2018.

“I’m excited about taking a guided kayak tour of some of Sarasota’s mid-century gems as this is something that would not have occurred to me in ‘before times’ and new perspectives are what is needed right now as we look ahead to so much uncertainty,” says Hanson.

This year’s MOD Weekend opening celebrates one architect in a building that is itself an homage to architecture. Small groups will take staggered tours of the exhibit, Carl Abbott: Architecture for Nature, at the new Sarasota Art Museum of Ringling College.  The exhibit runs Nov. 8 through April 25, 2021.

Abbott uses his studio as a lab for ideas, and then articulates them in his projects. A re-creation of his Bayou Studio is central to the exhibit, where visitors can watch a simulation of the light and shadows that change throughout the day over the preserved wild lands viewed from his workspace.

The exhibit is curated by Executive Director Anne-Marie Russell, who was instrumental in bringing to life the stunning contemporary art museum that opened last December. The ambitious project merged the Collegiate neo-Gothic style of M. Leo Elliott’s 1926 Sarasota High with the modernism of a Rudolph-designed wing for the new high school in 1960. “Elliott had intended there to be a second building wrapped around the first to form a courtyard, but that never happened,” explains Russell. “So when Rudolph came online, he knew what Elliott had planned.”

The Abbott exhibit is also a chance for an opening do-over. “We had three glorious months of massive activity and then wham,” says Russell, referring to the abrupt closure in March because of the coronavirus. The museum reopens in September with timed-entry ticketing to manage the number of visitors.

The Sarasota Modern, a Tribute Portfolio Hotel, is an ideal home base to explore the city’s architectural highlights. The 89-room boutique hotel opened last year in downtown Sarasota’s emerging Rosemary District and is a modern interpretation of SSA design. A variety of room types include two-room suites with a clawfoot bathtub on the balcony and a loft double that’s ideal for families. thesarasotamodern.com

Get Your Morning Boost

Coffee shop aficionados will want to visit the Overton, a short walk up the Boulevard of the Arts in Rosemary Square, built as a hub for several of Sarasota’s performing arts companies. The Overton showcases the beauty of building materials, rather than concealing them, in a light-filled space. Copper piping provides a steady drip for the cold brew coffee. theovertonsrq.com