What Orlando Chefs Are Cooking Up This Summer

Orlando has always been about the kids, the fun and the magic, but now the world's most-visited destination is also all about the food. Chefs are turning out creative and fresh dishes from not only locally owned eateries but from hotel restaurants and theme parks as well. Yes, I just said from hotel restaurants and theme parks. Much to the delight of foodies, there are more options than ever before and in areas you may not expect. Vistiors and the national media are taking notice. The New York Times and Wine Enthusiast have recently published articles about Orlando's culinary scene.

Adam H. Graham of the New York Times in his piece "Beyond Mickey Mouse: A Disney destination matures," writes: "Disney World will no doubt remain the biggest draw to Orlando, but the city is growing up thanks to a string of civic developments … but the most surprising development is the food scene." Graham calls out our new East End market and our many James Beard nominees—the most of any other Florida city.

Here is just a small sampling of what's going on in the culinary scene this summer in Orlando, as we talk to six of the area's chefs.

Jason Shapiro, Whisper Creek Farm: The Kitchen
Chef de Partie Jason Shapiro turns out some of the freshest dishes in town at this new restaurant, with ingredients sourced from Whisper Creek Farm on site at the JW Marriott Grande Lakes. “Summer ingredients are very fun here in Florida. We’ll be using lots of seafood like razor clams, baby octopus, and Florida grouper along with items from the farm. We’ll be playing with ‘land kelp,’ chilies and other peppers, lots of edible flowers—chive blossom, garlic chive, pineapple sage and squash blossom—and rounding it all off with our citrus—Kafir lime, star fruit, loquats and Meyer lemon, just to name a few.” Shapiro is a young, enthusiastic chef who likes where Orlando’s culinary scene is headed. “Visitors might be surprised with the number of dining options and variety. It’s almost hard to decide where to eat here, even after you have decided what kind of food you want.” Shapiro’s team is also heading up the first brewery in the country to be inside a Marriott. Grab a cold one and you’ll actually taste the farm with hints of red pepper, lemongrass and whatever else is in season. 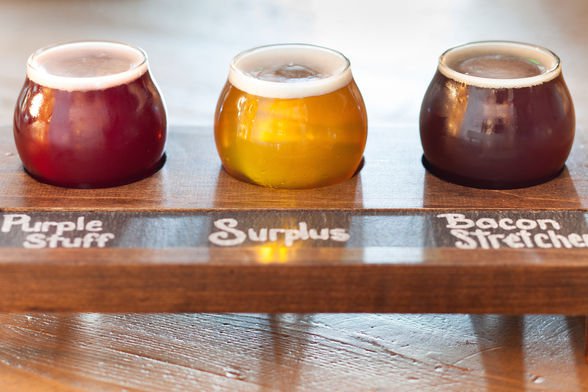 Chef Greg Richie, Soco
Chef Greg Richie is helping Orlando reclaim its Southern roots with a fresh take on Southern favorites using locally sourced ingredients at his Thornton Park restaurant Soco, where Southern meets contemporary. Orlando Magazine readersjust named Richie "Best Chef" and Soco was named "Best New Restaurant." Richie, who serves up specialties like pork belly biscuits and Korean-style fried chicken, plans to use plenty of local produce this summer like corn and peaches. “Having devoted farmers in the area providing us the finest ingredients in the country makes our jobs as chefs and restaurateurs a lot more exciting," he says. "I love that each time a new restaurant opens, it pushes the existing places to step up or step out. Orlando’s food is getting better and better every year.”  If he’s not cooking at Soco, he heads to Luma on Park in Winter Park for a meal. “Chef Brandon McGlamery and his crew are always on point.” 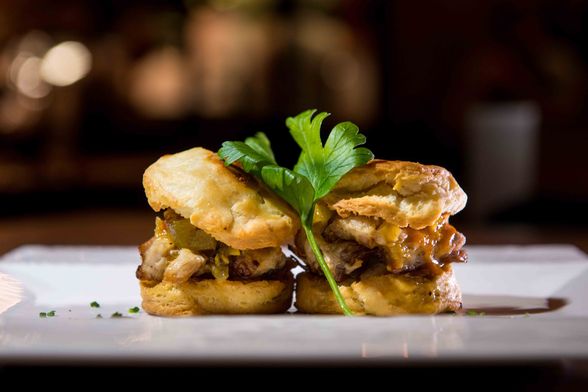 Chef Kathleen Blake, The Rusty Spoon
Chef Kathleen Blake is a trailblazer. She’s been nominated by the James Beard House three times for "Best Chef in the South." She helped revitalize downtown and Church Street with the opening ofThe Rusty Spoon in 2011. “Downtown has become a destination again,” she says. The Rusty Spoon is a great choice before an Amway event, a major league soccer game or a show at the new Dr. Phillips Center for the Performing Arts. Blake is dedicated to serving fresh ingredients sourced from local farmers—not from 18 wheelers, she says—that are free of hormones, antibiotics and unnatural supplements. “There are so many great dining options outside of the chains, the resorts and the Disney experience. The food community continues to evolve and offer plenty of options.” Look for Indian River catfish on her menu this summer along with Lake Meadow stuffed eggs, sweet Vidalia onion rings and her “Dirty South” version of shrimp and grits.

Chef Wendy Lopez, Tapa Toro
Chef Wendy Lopez is the chef of one of the newest restaurants in town at one of the hottest new attractions, the I-Drive 360, home of the 400-foot observation wheel. Born in Michuacan, Mexico and raised in Palm Coast, Florida, Wendy learned to cook early on preparing family dinners and working in her family’s Mexican restaurant. This spring she was offered an opportunity to explore her Hispanic roots at Tapa Toro, a tapas bar and paella pit. “Orlando has graduated from a fast-food-enriched territory to a place with a vast quantity of authentic food types including Vietnamese, vegan and Spanish.” Look for the paella and Gambas al Ajillo (garlic shrimp) on her menu this summer along with gazpacho, made from local sweet tomatoes. Tapa Toro is just one example of the international influence in Orlando and especially on the aptly named International Drive. Tapa Toro’s sister restaurant is Taverna Opa, a popular Mediterranean restaurant run by a native of Greece.

Chef Ryan Vargas, Emeril’s Tchoup Chop
This chef de cuisine on property at Universal's Loews Royal Pacific Resort has 20 years of experience in the culinary field, including time at a Four Seasons and Ritz-Carlton in Hawaii. His techniques and styles reflect the melting pot of island life, mixing Asian cuisines with Pacific-Island influences, which fit in well with the blend of cultures in Orlando. “Orlando has a kind of street-food scene that brings flavors and experiences from around the world beyond its fine dining and fun amusement park-inspired food fare. Whatever you are hungry for and whatever the hour, Orlando has a food place for you.” Chef Vargas loves variety but he also loves just plain, old fresh produce and incorporates those ingredients into his seasonal menu. “A few months ago, my family and I took a road trip through Central Florida and happened upon some Plant City farmers selling their produce on the side of the road. This summer, I would love to savor their watermelons. Summer and watermelons go together like bread and butter. Watermelon shooters, pickled watermelon rinds, watermelon salad, watermelon sushi, robata watermelon, watermelon sorbet or ice cream … the possibilities are endless.” 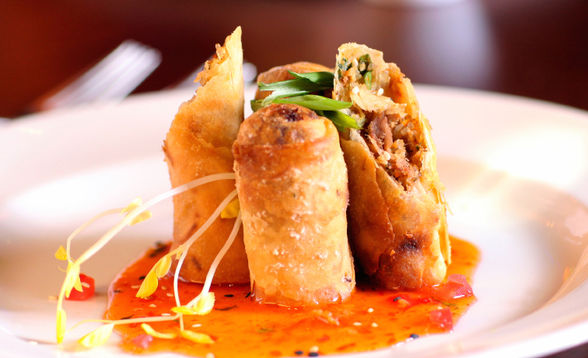 Phil Ponticelli, Citricos
Chef Phil Ponticelli, who’s been part of Disney’s culinary team for nearly a decade, says dining at the theme parks and around town is different today than it used to be. “The food scene has shifted to a lighter, fresher, closer footprint on sourcing,” he says. “It’s happening all over the country, but here in Florida we have the best seafood, and farmers all over the state are growing great produce—we’re uniting our diners with the people that supply our fantastic bounty.” Ponticelli, when not in the kitchen at Citricos, might be found next door at the five-star Victoria and Albert’s, in downtown’s Mills 50 District at Little Saigon or at the Winter Garden farmers market near his house, probably shopping for Zellwood corn. Other than trying this native, sweet corn, Ponticelli recommends visitors take advantage of Epcot’s dining scene this summer. “Sunshine Seasons at Epcot is a real surprise, offering everything from freshly grilled salmon to roasted beets with goat cheese—in a food court.”