An A&E pocket guide for July

ZELDA, MEET SYMPHONY
7/14 The video game that has sold 65 million units in the past 26 years has inspired a symphony recounting the four classic storylines from The Legend of Zelda: “Ocarina of Time,’’ “The Wind Waker,’’ “Twilight Princess’’ and “A Link to the Past.’’ Guest conductor Eimear Noone (right) will lead the Orlando Philharmonic Orchestra in the four-movement performance at the Bob Carr Performing Arts Centre. http://www.orlandophil.org 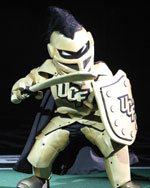 WE ARE THE CHAMPIONS
7/20-21 The kooky Celebrity Mascot Games at the Amway Center boast more than two dozen team mascots from across the country— including the Orlando Magic’s Stuff and UCF’s Knightro (above)—competing against one another in a variety of games for the title of ultimate mascot. http://www.amwaycenter.com 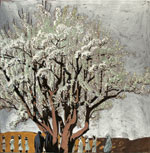 TAOS IMAGINED
Through December 30 Gustave Baumann’s color woodcut prints, an art technique from Japan, were created in the first part of the 20th century and depict the rich history of the Southwest.  The Cornell Fine Arts Museum at Rollins College is showcasing a series of Baumann’s works. http://www.rollins.edu/cfam 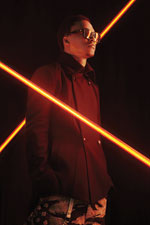 CONCERTS IN THE PARKS
All Summer Disney and Universal have more in common than thrill rides and shows. On most weekend nights the two theme parks feature live music performances by tribute bands and recording artists. And the best part is that the concerts are included with the price of admission. http://www.universalorlando.com  http://www.disneyworld.disney.go.com

ROCK OUT
7/7-8/18 Orlando Science Center’s Rock and Roll Laser Light Shows return to the Dr. Phillips CineDome for six weeks, dazzling the senses with a combination of color and classic rock. http://www.osc.org

GEEK WEEKEND
8/3-8/5 Nerdapalooza 2012, a mix of music and cultural festivities, invites prideful nerds to immerse themselves in genres such as nerdcore, chiptunes, comedy rock and VG remixes. At The Social and The Beacham. http://www.thebeacham.com/live

This article appears in the July 2012 issue of Orlando Magazine.
Categories: Art & Entertainment
Tags: An A&E pocket guide for July