An A&E pocket guide for June 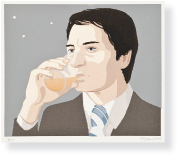 FINE PRINT
THROUGH 8/12 For two decades, UCF’s Flying Horse Press has been turning out stellar fine-art print creations. Now an exhibit at the Mennello Museum of American Art brings together the best from the press in prints, bookmaking and other objects, including the silkscreen “Bourbon’’ (above) by Ridley Howard.  http://www.mennellomuseum.com/special.html

ALL THINGS FRENCH
6/7 Pardon our French, but this month’s First Thursdays event at the Orlando Museum of Art promises to be a hell of a good time with Franco-themed art, food and fashion, plus a visit from master perfumer Christian Louis. http://www.omart.org/programs/1st-thursdays 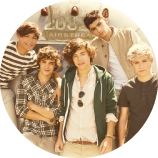 BOY WONDERS
6/30 Orlando will once again be the home of the boy band phenomenon, but only for a night. British-Irish pop group One Direction, whose hit single “What Makes You Beautiful” was released by Simon Cowell’s record label, will no doubt pack the Amway Center with young girls who have to be home by 11. http://www.amwaycenter.com/ 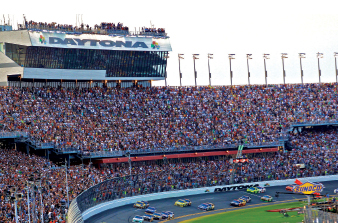 UP TO SPEED
7/6-7/7 Celebrate Independence Day weekend NASCAR style with the Coke Zero 400, fireworks and a concert by Train. Bring the earplugs, sunscreen and beer money. http://www.daytonainternationalspeedway.com

This article appears in the June 2012 issue of Orlando Magazine.
Categories: Art & Entertainment
Tags: An A&E pocket guide for June