One of the city’s best-known brands is also one of its most beloved. 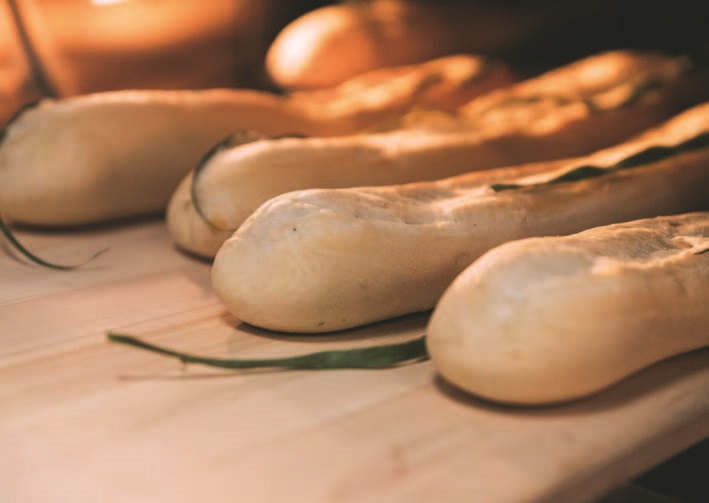 Real estate development is nothing new in Florida. Case in point: Ybor City, founded in the 1880s in the core of a then largely lawless, burgeoning town known as Tampa. Vicente Martinez-Ybor built it. And boy, did they ever come.

They came to work in the cigar factories, Ybor’s and others’, from Italy and Spain, Germany and Cuba. They worked together, played together, married each other. Ybor, and thus Tampa, has been a family-driven city from the beginning, a melting pot from its inception. And when families broke bread, much of it was Cuban. Generations later, Tampa largely continues that tradition.

The city is home to La Segunda Bakery, arguably the most well-known—and lauded—baker of Cuban bread in the nation. Like its roots, inseparable from those of Tampa itself, it is family-driven and now in its fourth generation. “It’s a point of pride in Tampa,” says Jeff Houck, native Tampanian, former food writer for the Tampa Tribune, current director of public relations and marketing for the Columbia Restaurant Group. “People brag about having La Segunda bread on their menus. It says something about how local you are, how much you care about your ingredients— and you become a part of their family story by association.” Tampa native Stephanie More is part of that story literally. She married Copeland More, La Segunda’s fourth-generation owner/operator. But he was hardly her introduction to the family business. “I came here on a field trip in second grade!” says More, who eschews a title regarding her work at La Segunda. “I don’t know what it would be,” she chuckles. “I just do whatever needs to be done.” 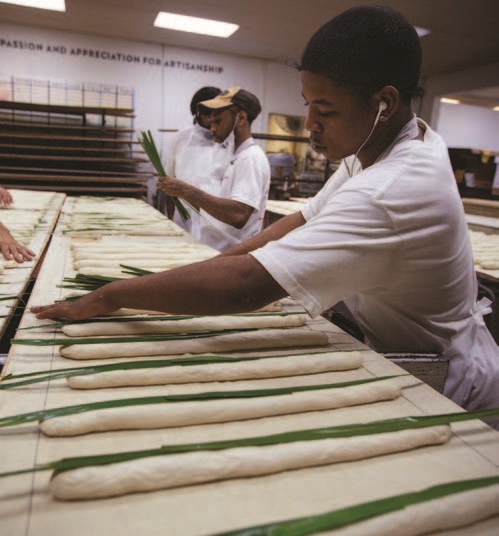 As do the bakery’s three shifts, which produce roughly 18,000 loaves a day (not to mention all the other goodies in the shop’s case), each one baked more or less precisely the same way it was done when Juan Moré (later generations would drop the accent), founded the place in 1915. A Spaniard by birth, Moré found himself in Cuba during the Spanish-American War. He learned the baker’s trade, brought them with him to Tampa and the rest is history. “Edible history,” says Houck. “You can taste it in every bite in places like La Segunda.”

Visitors to the Ybor location (there’s a newer café on Kennedy) will find a place that hasn’t changed much in several decades. Take the tour (call ahead to arrange; it’s free, but a minimum food order is required—you won’t mind) and you’ll meet staffers who are also legacies.

“La Segunda isn’t just a part of the More family. Most of our bakers grew up doing this. Their parents and grandparents worked for my husband’s parents and grandparents,” More notes. “We have one employee who has worked at our counter for 45 years. Her father worked here, too.” Bakers here, she says, have a great passion for what they do. Customers, too, are bonded to the business, something for which More says her family is enduringly grateful. “Customers often tell us they used to come with their grandmother and now they bring their grandchildren,” she says. “We are so proud to be a part of their families’ histories, too. Maybe for every birthday they’d get a rainbow cookie or walk here on Sunday for a loaf of Cuban bread.”

These are traditions that endure, says Houck, as does La Segunda’s representation of Tampa for precisely what it is: a melting pot. “The customers haven’t changed,” he says. “It’s a rainbow in there. And at lunch you see people walking out with three dinosaur-legs of bread over their shoulders.” Indeed, the large loaves are three feet long. “You wear them out like a pageant sash!”

Certain items, gently introduced over the years, might be a little different, but La Segunda’s core—the bread, the guava cheese pastries, the café con leche, to name a few—are time capsules. “We’re not a Miami-Cuban bakery, though many people who visit—knowing the bread—think that we are,” More explains. “We are an Ybor City bakery. We sell cannoli, we sell German chocolate cake. We have always carried these things because they are part of the heritage of Ybor, of Tampa.” 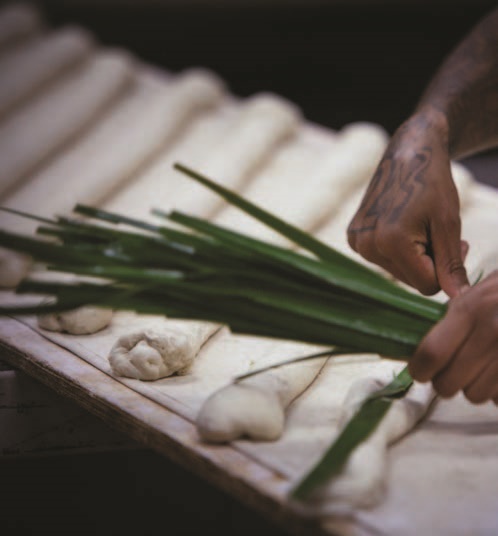 Columbia, founded in 1905, is even older than La Segunda. Along with Bern’s Steak house, the three are a holy foodie trinity, the cornerstone of family-owned-and-operated food businesses in the city. Columbia not only uses La Segunda bread for its Cuban sandwiches, every table gets a piece. It is the restaurant’s number one expenditure. Columbia doesn’t get many bad Yelp reviews, but even when they do, says Houck, “they still say they love the bread.” It’s a very special place, he says. “You’re not going to find anything like it in another city. Businesses like this have gone through World War I, World War II, rationing, pandemics,” he notes. “They’ve survived food trends—low-carb, trans fats—huge challenges to a business like theirs and so there’s a reason they’re still here.”

Ultimately, both he and More agree, it comes down to family. “You make different decisions when you’re a corporation,” says Houck. “You go in there and for 50 years, you see the same woman at the counter in her hairnet? That’s a North Star in the business. It tells you that everything’s okay.” And for historians, food or otherwise, there’s no better way to get a sense of a city’s history than to taste it.

Categories: Travel, Where Tampa
Tags: getaway, Tampa, Travel, Ybor City
Want to read the whole issue? Download and read this issue and others on Magzter.