With a First Look at the opening film, “Pre Fab!”

The Florida Film Festival opens Friday, April 8, with an exclusive “first look” showing of the documentary “Pre Fab!” Based on the book of the same name by musician Colin Hanton with author Colin Hall, “Pre Fab!” is the untold, true story of Hanton, his drums, and the significant role he played in shaping music history.

The documentary tells the riveting story of drummer Colin Hanton and his friendship with John Lennon. In 1950s Liverpool, Hanton joined Lennon to form The Quarry Men, a British skiffle group that would become the most prominent and influential band in music history–The Beatles.

“Hanton was there when they transitioned from being a skiffle group to rock and roll,” says Thompson. “For all intents and purposes, it was John, Paul, George, and Colin for two years before they disbanded and later became the Beatles.”

“Pre Fab!” skillfully combines archival footage and music of the period and interviews with the surviving Quarry Men, family, friends, and Liverpool residents. It’s a nostalgic documentary that preserves an essential piece of music history.

Born and raised in Cleveland, Ohio, Thompson moved to Orlando to work at Walt Disney World. “I’ve been a Florida resident now for over thirty years. I did a college internship at Disney and then, after college, worked at Disney as a director and producer, a member of the Disney creative team.”

Thompson loves being a part of the film community in Orlando. “There was just something about Orlando that was calling me. I really can’t put my finger on it, but I was meant to be here.” 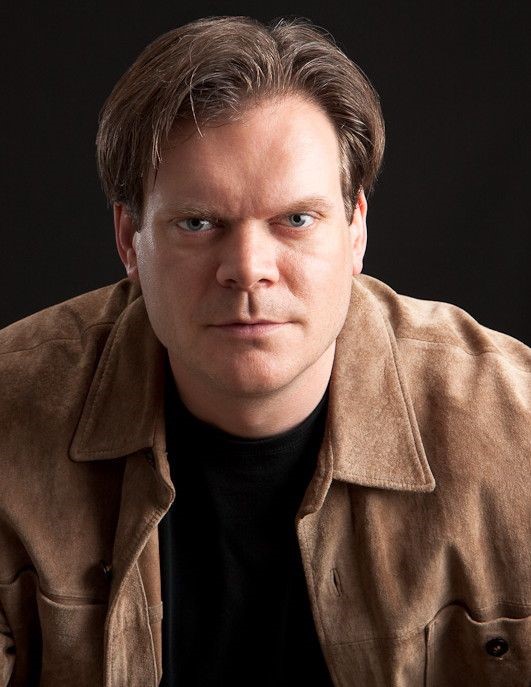 “Our selection committee just fell in love with this feel-good and enlightening film, catching Beatles fever much like the British youth in the 1950s,” says Matthew Curtis, the Festival’s programming director. “‘Pre Fab!’ is the perfect cinematic gem to kick off our Festival as we strive to deliver compelling, inspirational, and break-through films.”

“Peter Jackson’s ‘Get Back’ was the epic and surprising conclusion to the Beatles story,” adds Mark Bentley, executive producer of the film. “‘Pre Fab!’ shows us the origins of the Fab Four before they were ‘fab.’”

“Our film’s selection as the Florida Film Festival’s opening night feature is a great honor and a heartfelt homecoming for me,” says Thompson. “Not only do I attribute a lot of my creative inspiration to the remarkable films I have enjoyed at the festival over the years, but as a former volunteer, the Enzian and festival teams are like family.”

“I always had little films playing at the festival,” Thompson continues. “But usually in the Florida sidebar section. So the opportunity to be invited as an opening night film a few years ago, and then again this year, is an honor.”

Thompson says the film community is alive and well in Central Florida. “There’s such a collaborative, community feeling here in Orlando. It’s a tight-knit group of people in the film community, where we all know each other. It’s a great pool of talent, where you get to work with your friends and tell stories, whether it’s commercial, film, or documentary.”

Thompson and his production company, Stars North, have several exciting projects in the works, from a documentary about rock and roll legend Del Shannon to a feature film about the Highwaymen. “‘The Highwaymen’ is a real passion project of mine. It captures the legacy of Florida’s Highwaymen, who were black artists from Fort Pierce, Florida. I love telling stories, and I love my life as a filmmaker.”

“Pre Fab!” will kick off ten days of the Florida Film Festival on April 8, 2022, at 7 p.m. at the Enzian Theater and 8 p.m. at Regal Cinemas Winter Park Village. The event will include a Q&A with the filmmakers, followed by an evening of opening night festivities at the newly constructed Winter Park Events Center.

About the Florida Film Festival

Now in its 31st year, the Florida Film Festival is an Oscar®-qualifying festival, premiering the best in current, independent, and international cinema. Festivalgoers will enjoy ten days of 160 plus films and first-class events as film lovers mingle with filmmakers and celebrities over hand-crafted cocktails and locally sourced food. For information, go to Florida Film Festival.

Categories: Art & Entertainment
Tags: Florida Film Festival
Want to read the whole issue? Download and read this issue and others on Magzter.