The Pet Guide: Horse Sense About Pets (And Other Expressions to Chew On)

Is your co-worker a birdbrain? Did you just learn that your “best friend” is a real snake in the grass? And have the dog days of summer gotten you down? Let’s rein in some of those animal sayings and discuss.

She has a lot of horse sense. Whether the phrase originated in the American wild west or in the British seaside town of Westward Ho!, “horse sense” equates to common sense and solid decision making. Do horses have common sense? Orlando’s Alicia Mandigo, CEO of an event management company who rides and shows her rescue horse, Lester, says many horses display common sense despite their reputation for being spooked by things like plastic bags and shadows.  The trick, she says, is working to develop a partnership with a horse that will keep both horse and rider out of trouble: “They have keen judgment that we, as riders, rely on. They know how to keep themselves out of precarious situations. They calculate the risk quite quickly. That, I would think, is part of horse sense.” 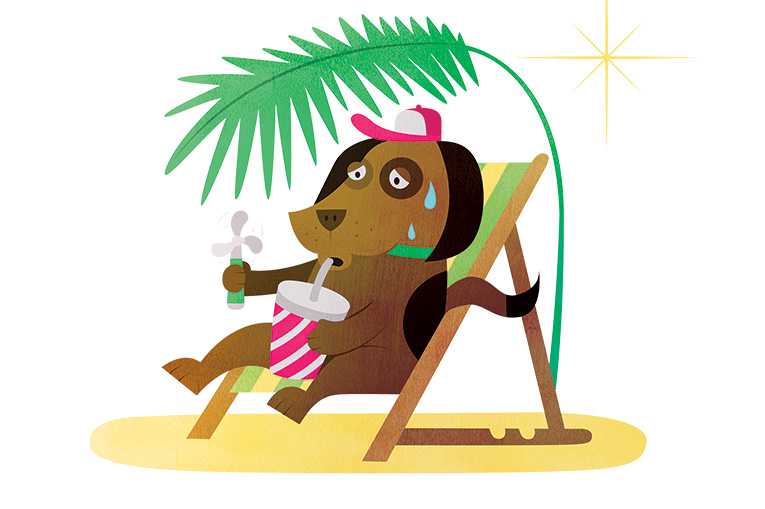 These are the dog days of summer. Ancient Greeks, Romans and Egyptians believed that the sultriest summer days were caused by the Earth’s proximity to the dog star Sirius. How does your dog cope with hot weather? Don’t even think about shaving her coat, says animal reader and behavior expert Jo Maldonado. “Dogs have an extra layer of insulation which buffers unwelcome temperatures in winter and summer,” she says. “When you shave the dog, you eliminate insulation.” Protect tender paws, too!  “If you have a service dog like I do that has to accompany you, doggy boots are another layer of protection for your pup.” She also suggests puppy cooling vests and bandannas. Maldonado reminds dog owners to always provide lots of fresh drinking water. And it’s easy to create summer fun for your cool canine: fill a kiddie pool and add a small dose of ice for a splash party. 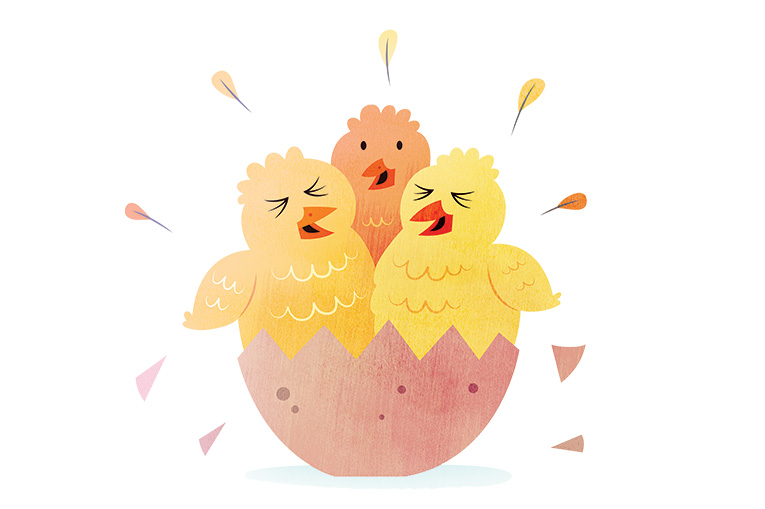 Do not count your chickens before they are are hatched. That’s what the milkmaid’s mother said in Aesop’s Fable “The Milkmaid and Her Pail” after daughter Patty spilled the milk she had planned to sell to buy chickens for her get-rich-quick scheme. Can you count on chickens to make good pets? Orlando District 4 City Commissioner Patty Sheehan, who adores her pet hens, gives an enthusiastic thumbs-up. Brown-feathered Goldie, who lays blue eggs, is the sweet one, while solid-white Sally, producer of extra-large brown speckled eggs, rules the roost. Feathered-friends fringe benefits? “The best eggs with rich orange yolks,” Sheehan says. And one more thing—chicken poop makes “the most amazing compost.” The commissioner’s fondness for her chickens is surpassed only by her love for rescue pup Sienna, a Yorkie-Schnauzer mix who chases Goldie and Sally from the other side of the coop: “That little brown dog is my life. She’s all that.” 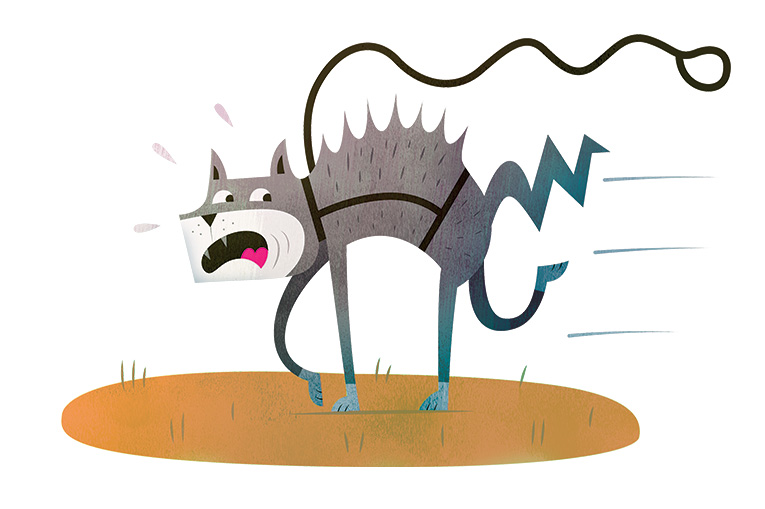 He acts like a cat on a hot tin roof. Made famous by playwright Tennessee Williams, this phrase paints a picture of agitation, stress and anxiety. Taken literally, cats’ paw pads are extremely sensitive to heat, and they don’t like the texture of tin, says Kristi Tsang, SPCA Florida shelter veterinarian and partner with the Orlando Cat Café, which recently placed its 500th cat in a forever home. “We actually can use tin foil to temporarily cover areas that cats are scratching to deter them,” she says. What causes a cat’s anxiety besides tin? Being chased by a child or going to the vet. “Growling is an obvious behavior we can hear and, when irritated, cats’ ears will face sideways or back instead of forward. Cats’ tails will flick in short, rapid movements.” To avoid exposing your cat to hot surfaces outside, consider a leash, says Cat Café owner Sandra Cagan, whose two husky Maine Coons love their harness and leash. “They get very excited when they see the harness—they love to explore the backyard.” But don’t expect them to behave like Rover. “Cats don’t heel, they explore, and we kind of go with them.” 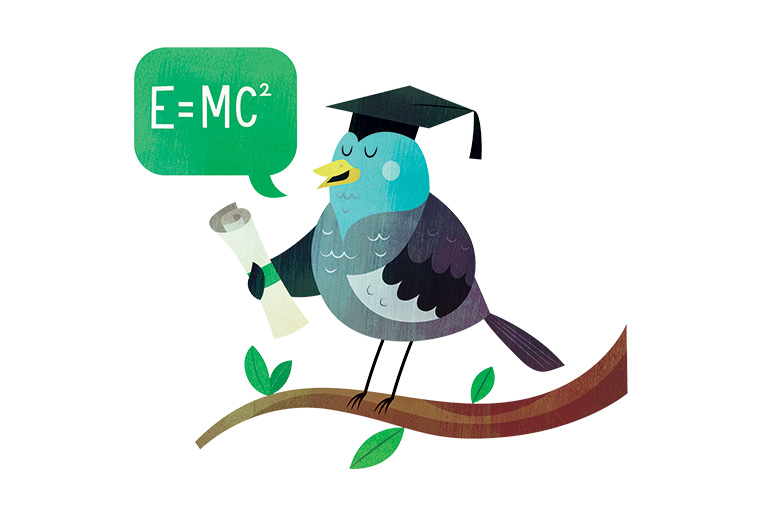 What a bird brain. Do birds’ small brains mean they’re stupid? Not at all, says Winter Park veterinarian Brooke Delaney. “Birds are among the most intelligent animals on Earth. Pound for pound, birds pack more neurons in their small brains than mammals,” Delaney says. Crows and ravens can solve problems, make tools and even count. Pets like parrots are best known for being able to mimic speech. “And some, such as a grey parrot, have an intelligence that can rival a 5-year-old child,” she says. “Just as in mammals, there are different levels of smarts in birds. A grey parrot has the ability to solve problems that a finch cannot.” Another smart birdie: a South Carolina cockatoo named Snowball who “moves like Jagger.” Neuroscientists are studying him to determine how he comes up with different dance moves depending on the song. 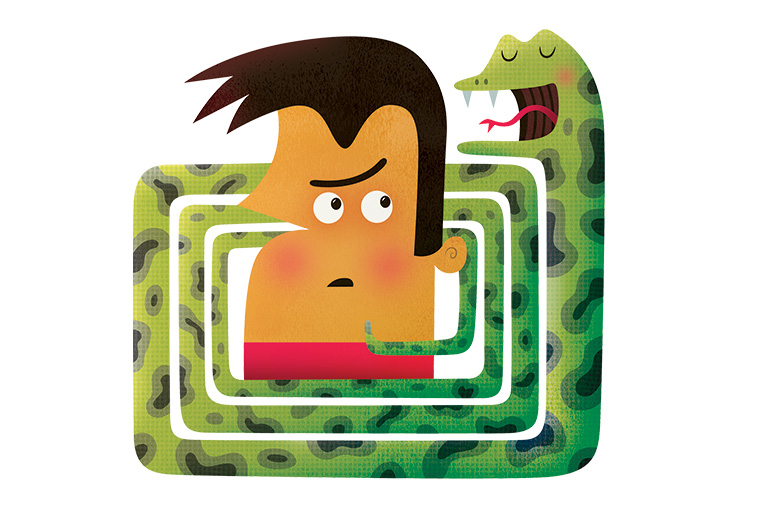 Beware—he’s a real snake in the grass! Since the 17th century, a “snake in the grass” has been a colorful way to describe a treacherous or deceitful person. But are snakes as cold-hearted as those humans defined by the idiom? Cold blooded, yes. But not cold-hearted, says vet Delaney, who also works with reptiles at Winter Park Veterinary Hospital. In fact, snakes will bond happily with keepers who take good care of them. “Snakes make great pets,” Delaney says. “They are easy to handle. Each one has its own personality.” Critter Connections reptile handler Michele Leader, who keeps and cares for dozens of snakes including ball pythons, sand boas, king and corn snakes, enjoys an added benefit from her pets: “They give great neck massages!”

This article appears in the September 2019 issue of Orlando Magazine.
Categories: Pets & Animals
Tags: birdbrain, dog, horse, sayings, snake
Want to read the whole issue? Download and read this issue and others on Magzter.