If you’re a Harry Potter fan, you can relate to Hogwarts houses used to sort students by their traits. You identify as a Gryffindor, Hufflepuff, Ravenclaw or Slytherin.

The Pet Alliance of Greater Orlando is borrowing a page from J.K. Rowling, author of the Harry Potter series, to help prospective pet owners look beyond breed and appearance to better match dogs suited to their lifestyle.

“We thought, what can we do to help people better identify dogs? Harry Potter did it with the sorting hat. Maybe we could sort dogs based on personality and characteristics rather than breed and appearance,” says Steve Bardy, executive director of the Pet Alliance. 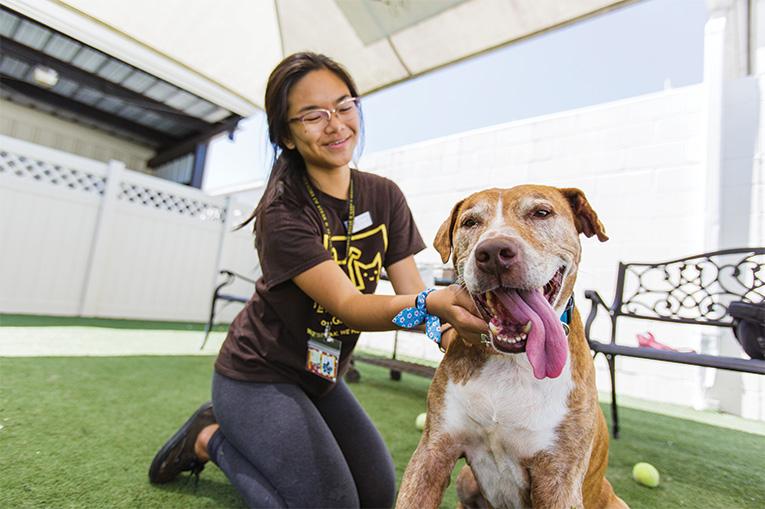 The problem that launched this creative approach? While cute, furry, playful pups easily find homes, the older, subdued, overweight dogs often languish in the kennels. Plus, a stigma exists against certain breeds, such as pit bulls, Rottweilers, and Dobermans. In fact, a primary reason for surrendering animals is the challenge of owners finding pet-friendly rental housing with no size restrictions or breed discrimination. Nearly 1,800 pets were surrendered to Pet Alliance in 2017 for this reason.

Bardy needed a solution that helped eliminate breed discrimination and remove the stigma of certain dogs. This would decrease the number of dogs surrendered and boost people’s understanding of choosing dogs based on personality over breed.

Dubbed the Pawgwarts kennel, the sorting system taps an animal behaviorist to work with Rachel Grow, the shelter’s manager. Together, they label the dogs based on observation of the toys they pick, how they play in groups, and how they interact with people.

“This whole process happens in about two minutes,” Grow says. “You get to know the dog’s personality pretty quickly by watching initial reactions.”

The result? Four distinct dog houses used to sort the canines. Here’s a quick overview, along with the low-down from Grow on the typical “house dogs” you’ll find.

Hufflefluff: sweet, friendly, submissive dogs “will roll over for a belly rub and want to give you kisses. Everybody is their friend.”

Ravenpaw: smart, fast-learner, food-motivated dogs “will give you a paw for a treat without you asking. They’ll quickly learn obedience cues.”

Slobberin: observant, ambitious, cunning dogs “don’t greet you right away. They judge you before getting to know you.” 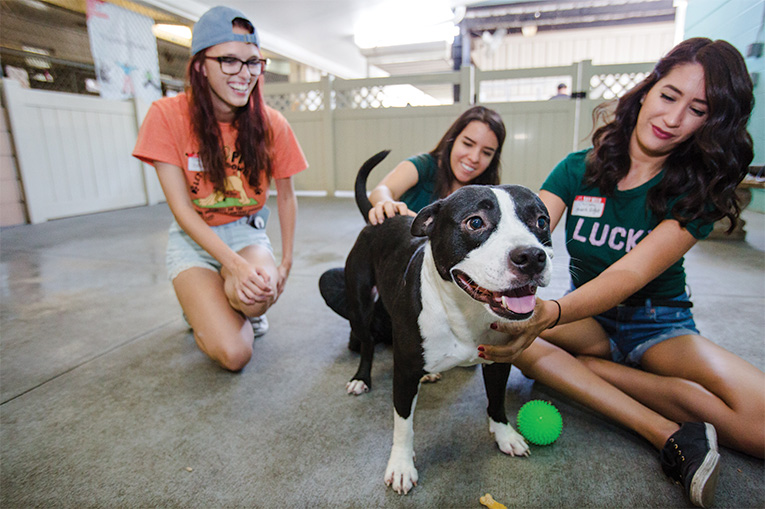 To help potential adopters get in the spirit, Pet Alliance displays Potter-inspired banners describing each house. For example, Gryffindogs are athletic, chase balls, and fetch sticks, while Hufflefluff dogs are the social butterflies of the canine crowd.

What’s the reaction among adopters? “Harry Potter is such an iconic brand. Most people overwhelmingly get what we do and embrace the concept,” Bardy says, adding that it’s a great way to engage people.

Sequoia Keney of Orlando agrees. “It’s fun! You get more involved in the dogs’ background and what they’re like,” says Keney. She was on the prowl recently looking for a dog that would fit in with her three pets at home.

Launched last October, Pawgwarts has sorted nearly 1,100 dogs, with the most assigned dog house (Hufflefluff) taking in 31 percent. Gryffindog houses about 28 percent of the sorted canines, while Slobberin and Ravenpaw come in at 25 and 16 percent respectively.

Interested in finding a good match? Call 407-351-7722 to arrange a tour or visit petallianceorlando.org