From dogs and cats to a tree frog, a chicken and even a chinchilla, it was a tough competition, but our editors chose Cheetah as the reigning queen. See her bio at the bottom and check out our adorable 16 runners-up below. 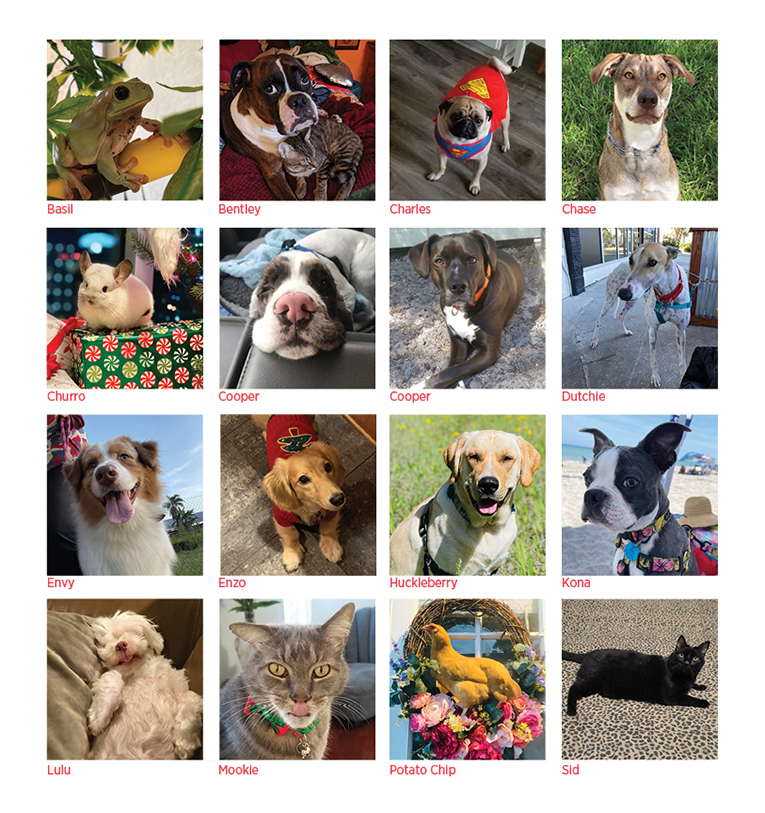 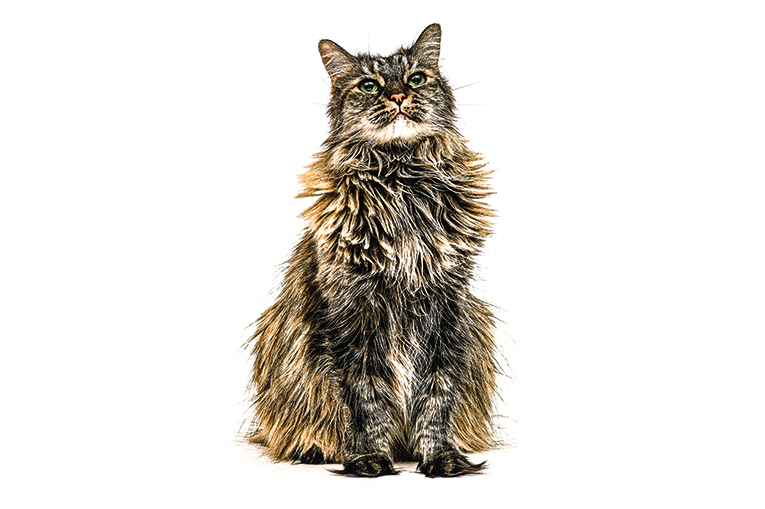 Home life. The Maine Coon feline is 11 years old (that’s 60 in human years) and lives with Bridget Lake and Boo Boo, her sister cat, in Orlando.

Size matters. Cheetah weighs in at a svelte 11 pounds and measures 22 inches from her nose to her butt, says Lake. Her fluffy tail adds another 15 inches in length.

It’s all in the name. When Lake adopted Cheetah, the cat had been recently spayed, so her belly was shaved. Lake says, “You could see all the cheetah-like spots on her tummy.” The feline responds to various other names, too, such as Cheech, Che Che, Cheetah Beetah (Fo Fi Feeda) and Chewy, as in
Chewbacca from “Star Wars.”

She’s the one. When Lake went to adopt, she knew Cheetah was the cat for her when she pet Cheetah. “She was soooo soft!”

What a life! Lake says Cheetah’s favorite pastimes include “sleeping on my head, leaving ‘fur bunnies’ in my closet, sunbathing on the patio and relaxing in a tuna can cardboard box on our living room table.”

Fearless feline. Cheetah is strictly an indoor cat, but there was that one time when she broke through the patio screen door chasing off an unwanted neighborhood cat.

You know you love me. When Lake gets home, Cheetah is on the floor by the door, belly up, waiting for her tummy rubs.

Social media? Nah! “Cheetah is way too lazy for that,” says Lake.

This article appears in the September 2021 issue of Orlando Magazine.
Categories: News and Features, Pets & Animals
Tags: pet cover contest
Want to read the whole issue? Download and read this issue and others on Magzter.

11+ Tips For The Best Travel or Move With Your Pets