What will be the popular tech gifts over the holidays? Glad you asked.

Some are disappointed the iPhone 4S sports the same chassis as its predecessor, but I think it will be a great upgrade for most smartphone users. The real selling point of the updated iPhone is Siri, Apple’s voice-recognition technology. While voice commands are hardly new, voice recognition that actually works has remained science fiction, which is exactly why Siri seems like something out of Star Trek. Ask Siri to add a calendar appointment and it will let you know if you have a conflict. Siri will find the weather in Tucson, tell you the price of gas in Miami, or give you the date of the next solar eclipse. $199/16GB, $299/32GB, $399/64GB; available at Apple Stores, apple.com, AT&T, Verizon and Sprint 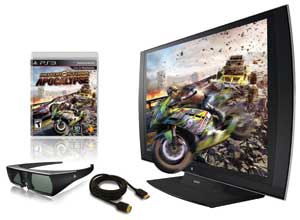 3D TV finally hits the pricing sweet spot with the Sony PlayStation 3D Display Bundle. It’s a 24-inch 1080p TV with 3D glasses and a 3D game, “MotorStorm Apocalypse” for PlayStation 3, all for $499. Though the TV isn’t solely for gaming, I think its most exciting feature is the ability to play two-player games without the need to split the screen. Using special glasses, two players can use the same full TV screen at the same time. Just like 3D sends a different image to each eye, unique two-dimensional content can be shown to each player on the exact same display. Available at several retailers starting Nov. 26; sony.com 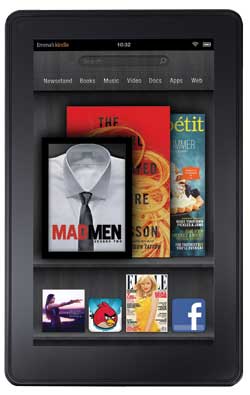 Amazon leaves black-and-white e-ink in the dust with its new Kindle Fire, a 7-inch color multitouch display that does a lot more than just serve up books. Priced at $199 at amazon.com, the online retailer’s new tablet will be an attractive option for those who aren’t quite ready to spend $499 on Apple’s cheapest iPad. The Kindle Fire will have access to movies, Android applications and games, all available through Amazon. I’m most impressed by its custom Silk Web browser, which will compress the file sizes of websites on Amazon’s servers and make them load faster on your Kindle Fire.