This longtime favorite festival returns—a little smaller, but no less colorful and outrageous. 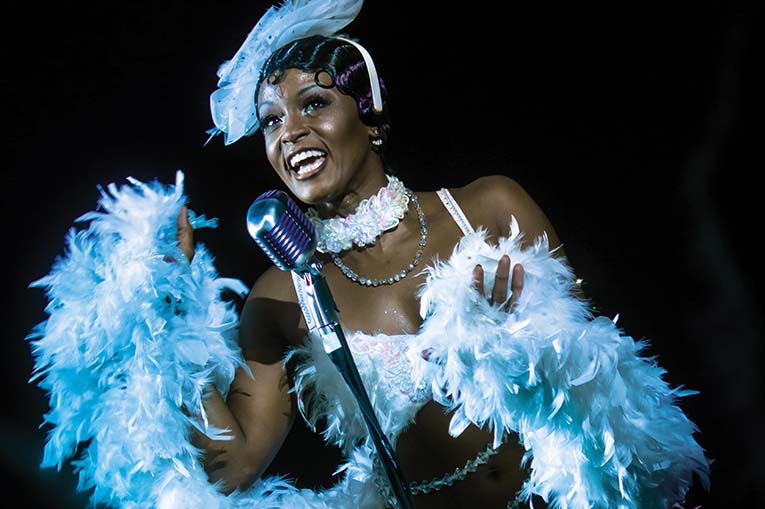 Let’s Be grateful. It’s back. Not exactly back to normal—this is, after all, the Fringe we’re talking about. But even so, the 30th annual collection of freewheeling, unconventional theatrical productions known as the Orlando International Fringe Theatre Festival will surely raise our collective and cooped-up spirits when it returns to Loch Haven Park, May 18-31.

All of which makes it that much harder to complain that the festival, whose live performances were cancelled last year because of COVID-19, will arrive in a foreshortened and just barely international incarnation of itself.

This year’s Fringe will consist of roughly 60 shows, half as many as the festival’s 2019 version. Because of ongoing virus-related travel restrictions, the festival will feature just two companies from outside the United States: GUMBO, from Japan, and Teater KEF, from Malmö, Sweden. Fringe 2021 will be notably bereft of its ordinarily sizeable, traditionally trend-setting, and immensely entertaining Canadian contingent, with perennial headliners like the irrepressibly irreverent Mike (God is a Scottish Drag Queen) Delamont.

Also MIA in terms of creative “out-there” iconography will be the garish posters that individual Fringe artists post near the venues to advertise their shows. Traditionally plastered on every fence and flat surface available, the display of posters served as an open-air sideshow in its own right. Instead, to keep crowds from accumulating, socially-distanced digital information outposts will be available to help Fringe supporters decide on which shows to see.

Servers will ferry food and drink to patrons of outdoor venues on the Fringe’s epicenter—the Loch Haven lawn—to reduce crowding. Seating in performance venues (apart from the Loch Haven venues, there will be two in downtown Orlando this year) will be similarly restricted.

“It will look a little different, but it will still be Fringe,” promises Lindsay Taylor, Fringe theater producer.

It will also draw attention, as the first Fringe in years with a hometown flair, to a sizeable and oft-underestimated pool of veteran Orlando performers, none of whom had to contend with the travel issues that kept their international counterparts away.

Josie & Grace is based on Baker’s relationship with actress Grace Kelly (later known as Princess Grace of Monaco), who came to her aid when Baker was deported and left penniless because of her activism.

Two other noteworthy shows, both local productions, are Alchemist of Dreams, a frothy burlesque concocted by performer/entrepreneur/goddess-in-residence Blue Star and her VarieTEASE team, and The Impossible Club, a musical about middle school bullying that was written by multi-talented musician and director Ned Wilkinson and will feature Orlando Fringe vet Christopher Leavy.

The Show Must Go Online

You can also catch DigiFringe, a digital version of this year’s festival, June 4-18. orlandofringe.org

This article appears in the May 2021 issue of Orlando Magazine.
Categories: Arts and Events
Tags: fringe festival, orlando fringe festival
Want to read the whole issue? Download and read this issue and others on Magzter.