Finding interim homes for rescues is critical to success. And “failure’’ isn’t all bad.

Meet the most dedicated of all pet lovers—those who rescue and foster pets. They don’t just watch the commercials featuring abused and abandoned animals but do something about it.

“Everyone in rescue is fighting an uphill battle,” says Stephanie Harris (right), the secretary and self-described “crazy cat lady” of Family Forever Animal Foundation, based in Apopka. “There are more animals than loving homes, and without consistent spaying and neutering, the numbers increase exponentially. For us, fosters are the key to successful rescue. Many times, saying yes to taking an animal into our organization is contingent on finding a foster.” 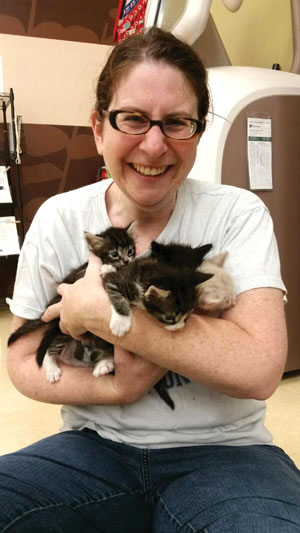 Some organizations—such as Pet Alliance of Greater Orlando and Pet Rescue by Judy—have shelters where pets can stay until fostered or adopted. Others rely exclusively on foster families.

Longtime adoption volunteer Janie Nelson of Pet Rescue by Judy says foster programs work on several levels. First, they let animal lovers enjoy pet perks without a long-term commitment. Second, because foster families get to know their foster pets, they’re better able to identify suitable forever homes. Third, fostering is an instant twofer: “Every time a dog is fostered, it makes room in the shelter to save another dog, so you’re really saving two dogs each time you foster,” Nelson says.

Rescue organizations generally provide everything a foster pet will need, including food, grooming and medical care. Some families buy their own special food or toys, or they choose to donate toward the pet’s needs themselves to reduce the load on the rescue group. “You just need to provide daily care and love,” Nelson says.

Many foster parents, like Florida Little Dog Rescue Director Laurie Johnson, are “foster failures”—those who end up adopting pets in their care. But many find great satisfaction in having a critical, albeit short-term role in an animal’s life. Johnson recalls one foster parent who, when asked how she can let foster pets go, responded, “I’d rather cry when they go than cry when they die.”

Patricia Parker, president and founder of RUFF Rescue of Central Florida Inc., says she “flunked the first few times I fostered, so needless to say I have a houseful of dogs. We finally stopped adopting because the more dogs you keep, the fewer you foster.” Parker, who has two fosters in addition to her own adopted brood, has lost the services of some foster families because their homes are so full of pets from repeated “failures.’’

For Johnson, who rescued pets with her mother each summer as a child, it remains a family mission as her daughter, Caitlin, makes appearances on the Today show and The View to promote pet adoption. “We’re not going to fix the problem of pet overpopulation in our generation,” Laurie Johnson says. The way to fix it is we need to get the kids thinking the right way. They won’t go into pet stores. They won’t go into puppy mills. They’ll adopt and spay and neuter.”

Are you interested in adopting a pet or seeing if you have what it takes to foster one? Check out these Orlando-area rescue organizations. 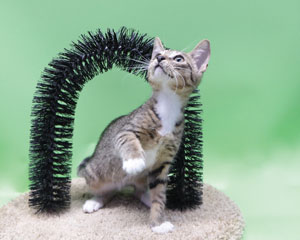 Everybody deserves a glamour shot—but especially dogs and cats whose lives hang in the balance as they their bide time in shelters. That’s where Pawsitive Shelter Photography has made an impact since 2011, with an army of volunteers photographing shelter animals spruced up by bows, bandanas and backgrounds so they look their best online as candidates for adoption. Orange County Mayor Teresa Jacobs recently presented Pawsitive founders Paul Wean, Joan Wean and Barbara Sheridan with the mayor’s 2015 Citizen of the Year Award for their work in helping save untold numbers of animals. To find your future companion go to Facebook and search Pawsitive Shelter Photography or to Orange County Animal Services at orangecountyfl.net/AnimalsPets