The Riverwalk provides a clear path to the city’s museums and other enriching experiences.

Like a ribbon weaving along the Hillsborough River, Tampa’s 2.4-mile Riverwalk is a picture-perfect showpiece, dotted with waterside parks as well as spectacular views of the city skyline. Perhaps best of all, though, the downtown pedestrian trail offers the opportunity to visit numerous museums, many within walking distance of each other (or you can rent a bike from Coast Bike Share and cycle from one to another). Whatever method of getting around you choose, your senses—and sense of culture—are in for an awakening.

The Tampa Museum of Art (tampamuseum.org) is housed in an award-winning architectural work of art itself, designed by San Francisco architect Stanley Saitowitz. Inside, an impressive permanent collection of contemporary and classical art awaits, as well as enticing traveling exhibitions. Through May 31, “American Chronicles: The Art of Norman Rockwell,” showcases the work of one of the most popular artists of the past century. The museum’s Sono Café, overlooking the river, is the perfect place to pause for reflection. 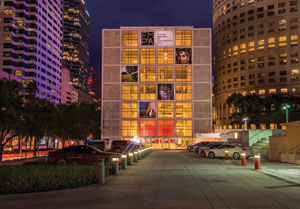 Housed in The Cube, another distinctive downtown building, the Florida Museum of Photographic Arts (fmopa.org) features works by local, national and international photographers, as well as historical collections. Currently on exhibit is “Ezra Stoller: Photographing Modernism,” through April 26. Stoller’s architectural images from the 1940s through the ’70s helped shaped the public’s perception of mid-century modernism. One of his most recognizable images is of the Guggenheim Museum in New York City.

For a look back at the city’s roots, check out the Tampa Bay History Center (tampa-bayhistorycenter.org), with interactive displays that appeal to children and adults alike. A walk through the replicas of historic buildings found in Tampa’s Ybor City district highlights the city’s cigar industry—the area was known as the “Cigar Capital of the World” in the late 1800s.

Take a short trolley ride east from the History Center, and you’ll find yourself at Ybor City Museum State Park (ybormuseum.org), one of only two National Historic Landmark Districts in the state. Two exhibits on display, “Immigration and Ybor City 1886-1930” and “The Mutual Aid Societies” tell the stories of the area’s immigrants—Cuban, Spanish, Sicilian, Romania Jew, and German—who brought their cultures and traditions to their new home and created a rich and diverse community.

Scheduled to open later this year in Ybor City, the Tampa Baseball Museum (tampa-baseballmuseum.org) is housed in Hall of Famer Al Lopez’s childhood home. Exhibits will examine our country’s national pastime as well as Tampa’s 125 years of baseball history. 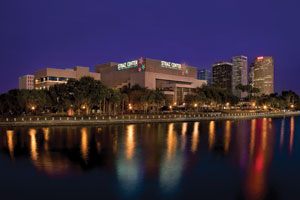 Perched on the Riverwalk north of the art museum is the Straz Center for the Performing Arts (strazcenter.org). In addition to its popular “Best of Broadway” series, the Straz presents opera, concerts and comedy shows on its main stage and in smaller, more intimate venues. On the schedule for the 2015 season are Broadway hits Once, Newsies and Kinky Boots.

Side notes: Across Tampa Bay are the Ruth Eckerd Hall in Clearwater and the Mahaffey Theater in St. Petersburg, two performance venues with fantastic acoustics that offer star-studded line-ups throughout the year. 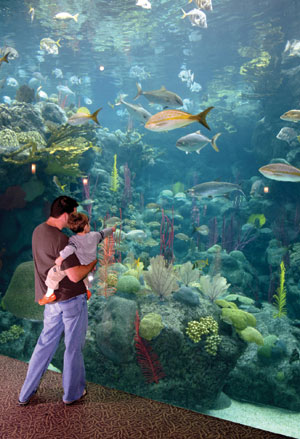 At the Glazer Children’s Museum (glazer-museum.org), more than 170 exhibits and “interactivities” are found throughout two levels of multiple-themed areas. “The Wizard of Oz’’ has blown into Tampa and landed at the museum; simply follow the yellow brick road to the exhibit, which runs through September. Just beyond the museum’s doors is Curtis Hixon Waterfront Park, eight acres of urban green space where you can let the kids burn off excess energy.

Spend an afternoon at The Florida Aquarium (flaquarium.org), where you can glimpse the undersea world and the creatures that live beneath the water’s surface. During your visit, take the opportunity to meet the penguins; touch sea stars, urchins and mollusks; dive with the sharks (if you’re SCUBA-certified, that is); and swim with the fishes (if you’re six years old or older). You can even go out onto Tampa Bay in one of the aquarium’s boats and search for dolphins.

Off-the-beaten-path nugget: Another place to get up close and personal with the animals, is the Lowry Park Zoo (lowryparkzoo.com), consistently recognized as “Best Zoo in the U.S.” by Parents magazine. It’s just six miles north of the Riverwalk, off Interstate 275. Hands-on experiences include walking with the wallabies, petting the goats, and feeding the giraffes. Be sure to stay until the sun goes down for “Zoominations,” a Chinese lantern festival, through May 31.

Here’s what else awaits in the Tampa Bay area, just a 90-minute drive from Orlando:

A number of new hotels have opened downtown, including Le Méridien Tampa (lemeridientampa.com) in the century-old historic federal courthouse, and Aloft Tampa Downtown (alofttampadowntown.com), located on the Hillsborough River.

Not to be outdone, several new restaurants have opened too, such as Ava (avatampa.com), featuring Italian cuisine; Fodder & Shine (fodderandshine.com), specializing in Old Cracker recipes; and Rooster & the Till (roosterandthetill.com), with modern American dishes sourced from local farms and gardens.

If high-wire adventure is more your speed, discover new heights on the Sky Trail Ropes Course & Zip Line at the Museum of Science and Industry (mosi.org).

Venture to nearby St. Petersburg and Clearwater for the Dalí Museum, the Chihuly Collection, the Museum of Fine Arts and the Clearwater Marine Aquarium.