One of the best coastal drives in the South, this meandering ride along the Emerald Coast places you in an Old Florida state of mind.

Like a seam on a well-tailored suit, Highways 98, 30 and 30A are stitched into the coast of Florida’s Panhandle; shiny black threads weaving together coastal communities seldom seen by most Floridians. Travel these roads between Pensacola and Apalachicola and your odometer will say you’ve traveled 160 miles, but you’ve actually traveled back in time. Back to a time before towering condos and waterfront mansions built a wall between you and the water.

Start in Pensacola and the calendar spins further back to 1559 and the Spanish settlement that remains the heart of Historic Pensacola Village. After a walking tour of the village and its notable homes and churches, stroll a few blocks east to Pensacola’s Seville Quarter, and you’ll find a familiar face. Bob Snow’s original Rosie O’Grady’s Good Time Emporium is a flashback for anyone who recalls the clubs of Snow’s Church Street Station in Orlando: Rosie’s, Lili Marlene’s and Apple Annie’s Courtyard. Before leaving town, check out the free National Naval Aviation Museum where 4,000 artifacts include more than 150 jets as well as helicopters, space capsules, salvaged fighters, and flight simulators. 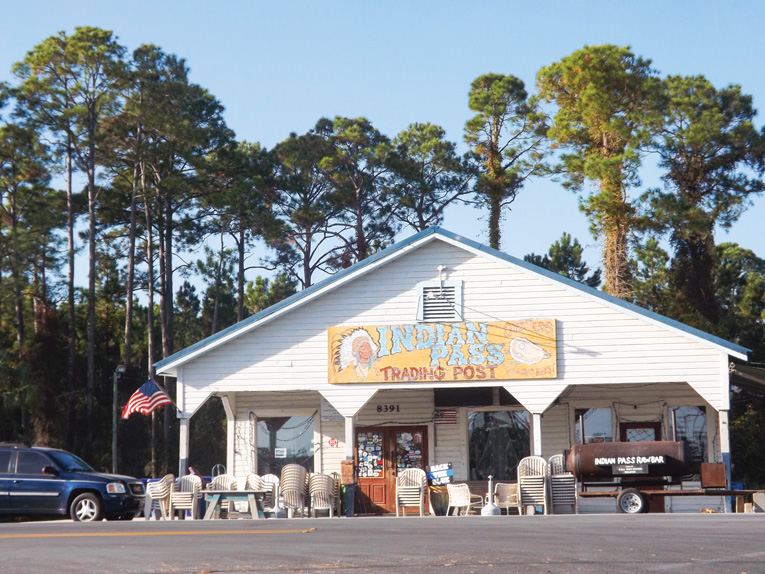 To head east, cross Three-Mile Bridge toward Pensacola Beach, leaving 98 to catch CR 399 for a 15-mile ride along the Gulf Islands National Seashore. While driving the thin line of black asphalt that runs a crease across the clean white sands, pull over and savor the luxury of the nearly empty strand. Sunbathe, surf cast, or simply gaze across the crystal green Gulf of Mexico.

CR 399 links into 98 at Navarre Beach, and more liquid assets—bays, bayous, inlets, rivers, creeks, glades, ponds and estuaries—are found en route to Fort Walton Beach where fishing boats fill the marinas on Santa Rosa Sound and fishermen cast their lines from the Okaloosa Island Pier. From the pier, the slow curve of the gleaming white coastline recedes in the distance. Return to the road and follow it as it slips through vacant land preserved by 724- square-mile Eglin Air Force Base. In neighboring Destin, a rustic marina and fleets of charter boats are at the center of “Florida’s Luckiest Fishing Village,” its authenticity a trait lost in neighboring Sandestin, where overdevelopment puts a strain on traffic. After passing Topsail Hill Preserve State Park, Highway 98 offers an escape route: County Road 30.

Drop southeast toward the coast, and in historic Grayton Beach you’ll sense the vibe is Florida, circa 1930s. Dirt roads, seaside shacks, and weatherworn cottages are sprinkled beneath a canopy of oaks beside a small downtown. Best capturing the town’s appeal, miles of undisturbed shoreline highlight nearby Grayton Beach State Park, which offers fully equipped duplexes for rent, making this the perfect place to stay the night.

Come morning, you’ll want to connect with nearby CR 30A, which a little further down the road rolls into the planned development of Seaside, followed by similar communities in Alys Beach and Rosemary Beach. It’s when 30A snaps back to 98 on the outskirts of Panama City Beach that you’re reminded what a present-day city looks like. For some, the coast’s powder-soft sands and clear waters are tempered by traffic and a dense concentration of hotels, but after clearing Panama City, traffic is replaced by trees as Highway 98 rolls undisturbed for miles through the piney woods protected within Tyndall Air Force Base. The drive takes you from woods to waters in the unadorned, sleepy Florida waterfront town of Mexico Beach. Things are comparably more active in neighboring Port St. Joe where independent shops and restaurants fill the retro-style business district—perfect for a lunch break and a walking tour of the district. When you leave, take Highway 98 to the junction of 30A where the road again clings to the coast. Follow 30A south along the eastern shore of picturesque St. Joseph Bay—its waters wrapped within the arms of Cape San Blas. A narrow road leads to the end of the cape where T.H. Stone Memorial St. Joseph Peninsula State Park offers waterfront cabins for rent, miles of pristine beach to explore and, if you truly want to get away from it all, a hiking trail leading to the tip of the cape and primitive camping in one of the most remote sites in Florida. 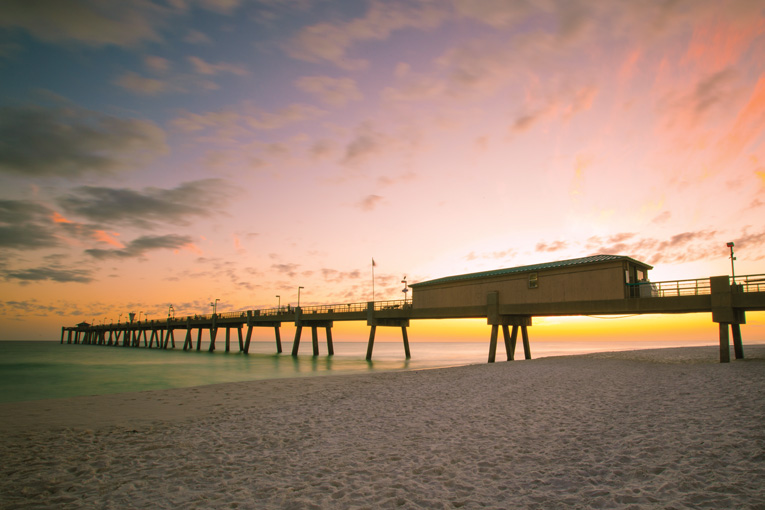 State Road 30A continues to capture the magic of a Florida road trip as it heads to the junction of Indian Pass Road where an old filling station is often packed with diners waiting for a table at the oyster bar of the Indian Pass Trading Post. At the end of the road, the Indian Pass Campground is meant for people who seek nature and tranquility. Perched at the edge of bay and gulf, it overlooks St. Vincent National Wildlife Refuge, 12,500 acres of undeveloped wilderness and nine miles of beachfront. From the landing, a shuttle crosses the Sound to carry passengers to the refuge.

From here, this road trip winds to a close in Apalachicola, the small village founded on cotton and timber and oysters before finding new life as a community of artists, innkeepers and independent merchants. One of the most interesting towns in Florida, it is meant to be walked and explored. Stop at a local raw bar for a platter of Apalachicola oysters and a cold beer. And while you’re there, consider that in just two days you’ve accomplished something that took Ponce de Leon years. You’ve discovered Florida.

If you’ve become accustomed to the state’s cluttered coastlines, Highway 98 and its rural roads are refreshingly different.

Take It Easy
This is a road trip, not a race. While you could complete this journey in half a day, it’s likely that every place you visit will be new to you. So take your time in getting to know the Emerald Coast. emeraldcoastfl.com

Local Flavor
In every town and city between Pensacola and Apalachicola, seafood (obviously) is a specialty. In fishing villages such as Destin, you can trust that the “catch of the day” was actually caught that day.

Where to Stay
​After an overnight stay in a Grayton Beach State Park cabin, check into the Gibson Inn in Apalachicola’s historic district. Its angled streets, wide boulevards and quaint buildings are reminiscent of a movie set.