Site Staff,
Q: Where is the real Shingle Creek?

A: Those who haven’t lived in Central Florida very long most likely associate the name Shingle Creek with Harris Rosen’s hotel and golf resort. But the waterway is real—it runs by the hotel—and plays an important role in the ecosystem because it forms the headwaters of the Everglades. Shingle Creek begins near Pine Hills and becomes more prominent the farther south it flows, crossing under numerous roadways, including the Beachline Expressway, before ending its 23-mile journey at Lake Tohopekaliga in Kissimmee.
Although much of the creek and surrounding land have been afforded protected wetlands status, it wasn’t always that way. Up until 1986, treated wastewater was dumped directly into the creek. And development has encroached over the years. But you can still enjoy a canoe trip on the waters, especially in the area near Lake Toho, and hike fascinating nature pockets like the Shingle Creek Management Area. This 1,750-acre parcel, restored by the South Florida Water Management District, is near Hunter’s Creek and hemmed in by International Drive, Central Florida Parkway, John Young Parkway and the 417 expressway. Amazingly, however, it’s possible to spend a few hours walking through the woods beside the creek or along trails next to palmetto and pine without hearing traffic.
The story of this portion of the creek is one for the ages: This is where, in the 1980s, an archaeology team from Rollins College unearthed the remains of prehistoric stone tools. The implements had been used by Indians as far back as 9,000 years ago. 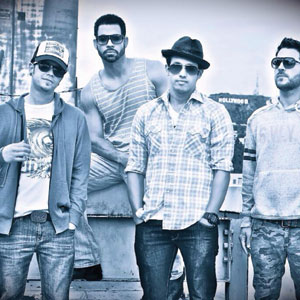 Q: Whatever happened to the boy band O-Town?

A: Many of us recall fondly the heady days at the turn of the century, when we were inundated by acts from the boy band factory of local impresario Lou Pearlman. One of those was O-Town, whose creation was the subject of an ABC/MTV reality series called Making the Band, in which five guys got their musical act together while living in a upscale house in Windermere. The show ran from 2000-2002, and O-Town enjoyed a measure of success, with two albums and the hit singles “Liquid Dreams’’ and “All or Nothing.’’ But the popularity of the band—composed of Jacob Underwood, Ashley Parker Angel, Erik-Michael Estrada, Trevor Penick and Dan Miller—eventually waned, and O-Town broke up in 2003.
Each member embarked on a solo career; then in 2011 there was talk of a reunion (although Angel said he wouldn’t be taking part). Finally, two months ago the group declared on social media that O-Town was officially back. They’ll have their first reunion concert June 13 at the Under the Bridge club in London, with three performances in Germany the following week. A spokesman for the group confirmed that O-Town is working on a new album. No word yet on U.S. concert dates, although the group offered this recent Tweet: “Do you really think we won’t come home? Keep your eyes peeled…it’s coming soon.’’
OMG, count Answer Man among those who thinks the boys owe it to their namesake city to do a concert here. One person who won’t be attending, however, is Lou Pearlman. His empire came crashing down several years ago, and he’s serving a 25-year sentence for masterminding a Ponzi scheme, with a release date from federal prison of 2029.

This article appears in the June 2014 issue of Orlando Magazine.
Categories: Community