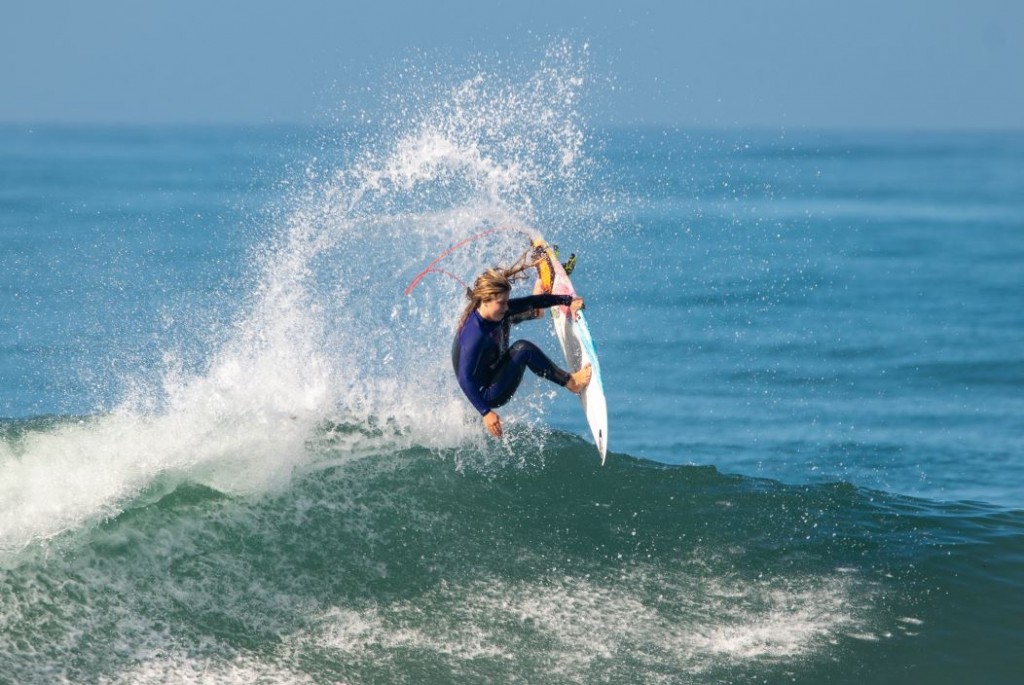 Surfing makes its Olympic debut at the 2020 Tokyo Games, and only two women will don the red, white, and blue representing the United States. One of those is 18-year-old Caroline Marks, a Melbourne Beach native who is 10 years younger than teammate Carissa Moore and was the youngest person ever to qualify for the World Surf League.

“My dad took me on his board when I was two years old,” Marks says. “My older brother Luke was a national level surfer and inspired me to surf full-time.”

By age 15, Marks was taking the surfing world by storm as the youngest female to compete in a World Surf League event. Her accolades included the 2016 International Surfing Association Under 16 Champion, 2015 and 2016 Vans U.S. Open Pro Junior Champion, NSSA Open Girls National Champion of 2015 and 2016, member of the Space Coast Surfing Hall of Fame, and 17 national titles.

“I want to be the best,” she explains. “I set goals and work super hard to reach them. A lot goes into this, including coaching, diet, training, and working with my board shaper.”

With so much success at such a young age, Marks isn’t worried about getting tired of the sport anytime soon.

“I love to surf!” she says. “When I’m surfing, I’m having fun and I don’t base my happiness off results. I’m traveling the world surfing the best waves with the best surfers in the world. I’m having the time of my life.”

The road to Tokyo wasn’t smooth waters. In 2015, Marks suffered a broken ankle and was in a full leg cast, then a boot for 15 weeks.

“It took seven months for me to get back,” she says. “Being out of the water made me realize I was missing what I loved to do. I worked hard to come back!”

In 2018, she won Rookie of the Year, an honor she called the biggest accomplishment of her surfing life at the time. Marks finished the year ranked seventh in the world, but she had larger goals–like the Olympic Games.

“I’m over the moon excited to represent my amazing country,” she says. “My uncle, my aunt, and my grandfather all serve or served in the military. So on top of representing the USA, I feel like I’m representing them too.”

Not only does Marks want to make her mark in Tokyo and bring home the gold. She wants to leave a lasting legacy as well.

“I want people to say ‘she inspired young people to go for their dreams and she had fun doing it.’ ”

And don’t forget to read all about 10 other local Olympic Hopefuls here.