Story of a Brewmaster: Garrett Ward of Sideward Brewing

The co-owner of the Milk District brewery says, “There’s nothing a beer can’t solve.” 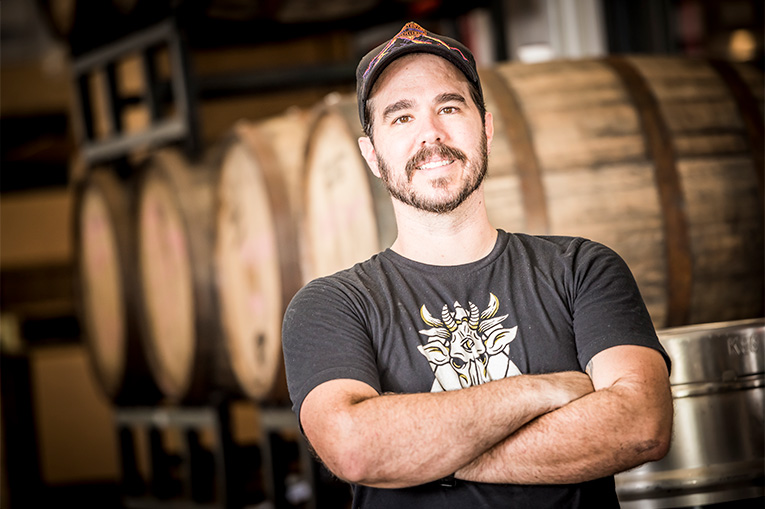 It started as a home project. Ward began brewing beer when his partner Mandy Protheroe “bought me a home-brew kit for my birthday almost a decade ago. I went from taking it very seriously to being an assistant at the old Cask & Larder brewery, which is now The Ravenous Pig Brewing Co. It took off from there.”

Beer on a budget. “Brewing in your garage is a fun, but difficult hobby. At home, it’s garden hoses and propane tanks—the bare necessities. The infrastructure we have here at the brewery is way different. What doesn’t change is you brew it and taste it. As you’re tasting, you’re adjusting things.” And yes, even once you’re a pro, “beer is going to go down the drain. It’s part of trying to be the best.” 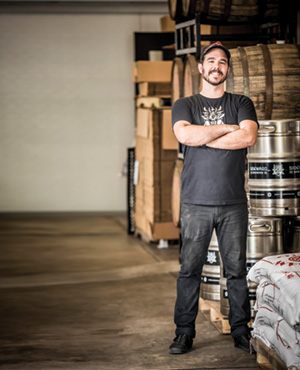 Here’s to the Milk District. Ward says he, Protheroe and his brother, Austin, “wanted to give Orlando a place for high-quality beer, a place where people could hang out.” Sideward Brewing, which opened in March, “is welcoming and friendly.”

Not a sports bar. Don’t expect to find any TVs at Sideward. “We want people to focus on talking to each other and enjoying each other. Beer helps with that.”

Room for creativity. Sideward—named for the Ward family—has a 15-barrel system and produces 500 to 1,000 gallons of beer a week, almost all of which is sold on site, with the rest on small-scale distribution. “It’s about having fun and giving the customer something new.” Some of his creative brews: a taro-boba beer and a Mountain Dew Berliner. For the holidays, “we’ve got a coconut imperial stout, along with a big barley wine-type beer.”

The brewers’ version of Chopped. Ward has competed several times in Bowigens Beer Company’s Top Brewers Festival, where competitors must create a brew using a secret ingredient. “Last year it was chamomile and coconut. Past years have included things like apples, cranberries and lavender.” Ward has been the recipient of a Great American Beer Festival award and a Best of Florida beer award.

Driven by passion. Some people approach brewing like a science. Not Ward. “I see myself as more of a chef or an artist.”

The essential ingredient. If you don’t have reliable taste buds, brewing isn’t for you, Ward says. “You can have all the education in the world, but your palate doesn’t lie.”

It’s a lifestyle. “People find it interesting when they find out I drink only beer. It’s something I live and breathe.” When he’s not working, “I’m drinking beer”—typically with friends or over a meal.

Roll out the barrels. Moving kegs helps keep Ward in shape. “I tell myself I don’t work out. I work in a brewery. We call it brewery CrossFit.”

This article appears in the November 2019 issue of Orlando Magazine.
Categories: People
Tags: beer, brewing, brewmaster, story, story-of
Want to read the whole issue? Download and read this issue and others on Magzter.