Alexandra Cooper and Nicole Hogan like doing everything together—talking, laughing, playing Wii, listening and dancing to Justin Timberlake songs, watching sports, even just sitting quietly. In July, they will reach another milestone in their friendship: competing in the Special Olympics 2018 USA Games together for the first time.

“I’m really excited to go. I can’t wait to see Seattle and get on my plane,” says the 24-year-old Hogan as she prepares for the national contest after 13 years of swimming with Special Olympics Florida. Her favorite moment was this past October: “winning a gold medal and a silver medal at the state swim competition.”

Cooper began swimming in the Special Olympics 16 years ago, and Hogan followed suit three years later after the girls had already become BFFs at Gotha Middle School. Hogan, 24, is cognitively delayed, and Cooper, 26, has Down Syndrome.

Both athletes have earned bagloads of gold, silver and bronze medals over their swimming careers. Freestyle is each one’s favorite event, and neither will hesitate to admit Cooper is faster, to Hogan’s feigned chagrin. 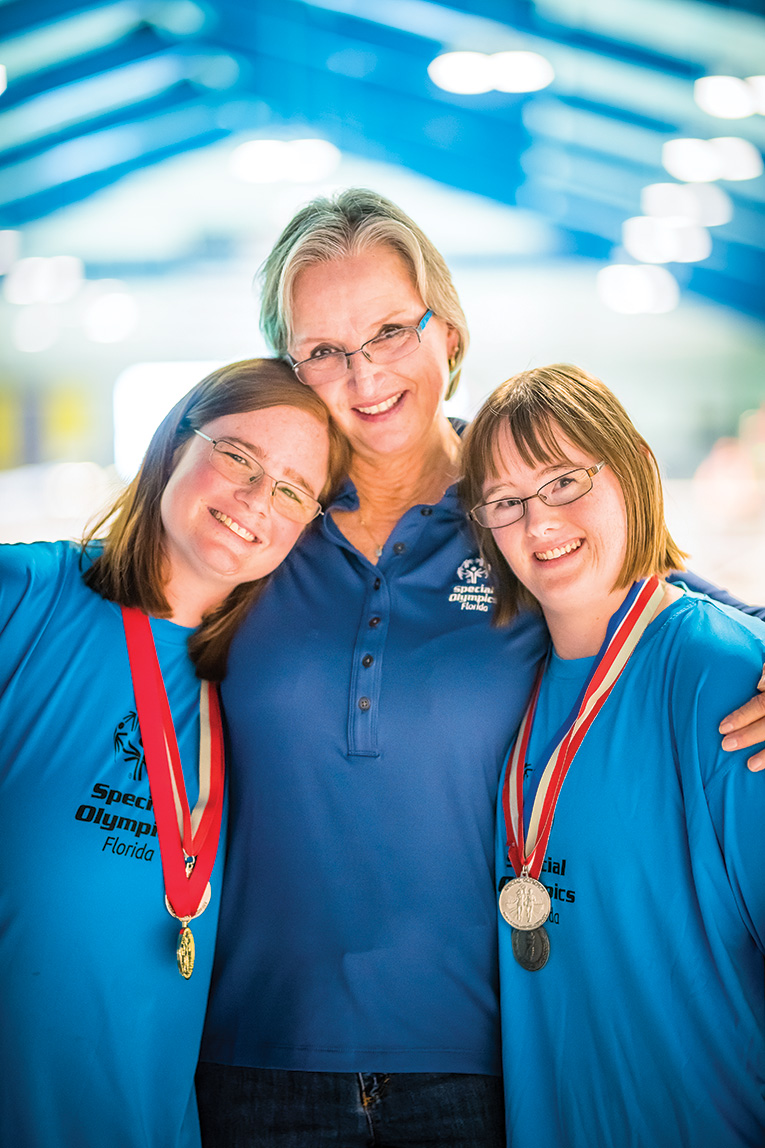 Hogan now lives in Winter Garden and Cooper in Orlando, but the pair have a bond that transcends time and distance. The bond is now shared by their families, which have merged into what Cooper’s stepdad, Tom Endre, calls a “double family.”

“Nicole is my best friend. We have sleepovers, play games, color, sing and dance. We love going out to eat together. I would be sad if I couldn’t see her all the time,” Cooper says. Competing against and alongside her best friend in the nationals makes the opportunity “more special” for Cooper.

The Special Olympians are two of seven swimmers who will represent Florida at the Seattle games from July 1 to 6. A total of 200 Florida athletes will compete in various sports. Cooper’s and Hogan’s coach, Apryle Nickson, will serve as head coach for the Florida swimmers at the games.

“Apryle is a cool and tough coach—the toughest and the coolest,” Cooper says with a seemingly unfading smile. She and Hogan have been training each week at the West Orange YMCA one night and the YMCA Aquatic Center the next in preparation for the games.

“I’ve been fortunate enough to be selected for two world games as well as the nationals,” says Nickson, a onetime Special Olympics North America Coach of the Year who challenges perceptions of special-needs athletes. “People will say, ‘No, they [Special Olympians] can’t do that.’ Yes, they can. I want no limits set on what my athletes can do.”

And according to Cooper, Nickson works her athletes hard. “She makes us do four laps!” Cooper says.

“Four laps?” Nickson laughs. “That’s a warmup! They probably do at least a thousand yards when they’re in with me,” she explains, “which is 40 laps – and that’s not even a real practice.”

The young women are working to overcome their weaknesses before the games. “I’m working on turning my head and breathing,” Hogan says. As for Cooper, “I’m going to keep working on my backstroke” – her best friend’s strongest stroke – because in the pool, it’s every woman for herself. 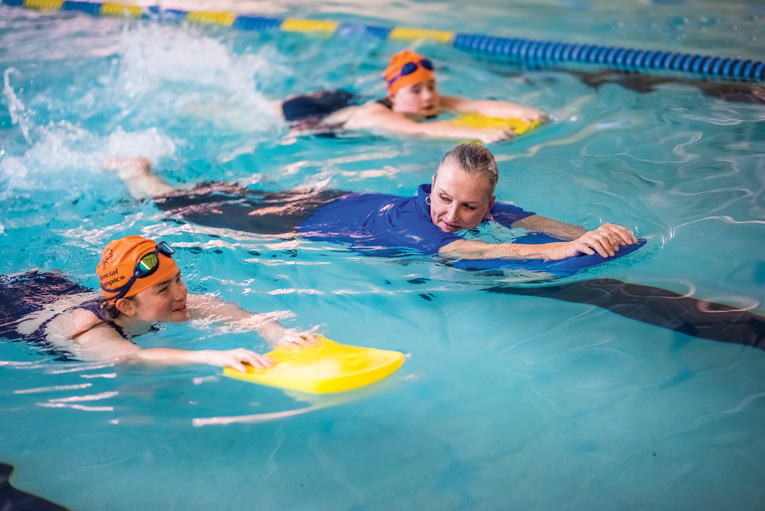 Despite the constant competition between the two athletes, the mutual cheerleading is equally constant. “Their smiles are so tremendous. I love how supportive they are. Their enthusiasm and joy for their sport was really what stood out to me,” says Sherry Wheelock, Special Olympics Florida president and CEO.

According to Wheelock, athletes are chosen for the national games based on athletic skills in addition to leadership and participation within the organization. “As part of the criteria to participate in the games, they have to attend a training camp. They’ll go through different competition experiences. It’s also about their ability to travel, their ability to have great interaction and their socialization skills,” she adds.

Participation in the games “gives them a platform. In that moment they can share their abilities, and it helps them build confidence,” Wheelock says.

Cooper’s and Hogan’s families have seen the transformation in their daughters through their years of participation. Cooper “has gained a lot of confidence and independence because a lot of times she’s going and spending the night with trainers, and not with her parents. That was scarier for me than it was for her. She did much better than I did,” admits Cooper’s mom, Karen Endre.

“Alex has thrived. They thrive together. It’s hard to find pals in the special-needs world,” Tom Endre adds.

“Nicole has gained tremendous confidence,” her mom, Kim Hogan, says. And, according to every member of her double family, participation has fed her obsession with all things sports. “We’re more passionate about individual teams we follow, where Nicole has her passions about any team. Any team that Tom likes or I like or Alex likes or anybody likes, she will then become an expert on that team,” insists her dad, Jim Hogan.

When not training, competing or just hanging out together, the girls both work as baggers at Publix. “They’re very nice people,” says Cooper, who has worked at the Kirkman Road Publix for five years. “I like to give customers an awesome smile.” Hogan, a bagger at the Plantation Groves store for three years, says she enjoys interacting with customers and keeping them up to date on her Special Olympics endeavors. “They say ‘congrats’ to me and Alex,” she says.

While in Seattle, Cooper and Hogan will attend a Mariners baseball game – and Hogan, no doubt, is up on her stats. “I’m excited to go to Mariners game and see the stadium. Maybe the player will throw me a ball,” she says grinning.

But the high point remains the competition itself. So how will Cooper and Hogan celebrate after swimming their events? “After I’m done, I want to hug my best friend,” Cooper says. “I’m so proud of her.”