Tony Award nominee Denée Benton was hitting the red carpet at the 2017 ceremony for her celebrated Broadway debut in Natasha, Pierre & The Great Comet of 1812 when a mic-wielding celebrity interviewer asked how she chose her sparkly green-and-white leaf-embossed Oscar de la Renta gown. The Central Florida native, who made it to Broadway as leading lady Natasha in record-breaking follow-your-heart fashion, flashed her dazzling smile, performed a tasteful half-twirl and shared, “It was a journey, but this one just kind of spoke to us. It’s full of life. It’s green. I’m green. It’s time, you know?”

It’s Benton’s time, no question. Now playing female lead Eliza Hamilton in Lin-Manuel Miranda’s smash musical hit Hamilton, at the Richard Rodgers Theatre on Broadway, she’s performing eight shows a week, living, breathing and singing the character of Alexander Hamilton’s young wife. At the Tony Awards, she may have been green up against Broadway veterans like Bette Midler, who won that night for Hello, Dolly, but Benton earned critical raves for Great Comet and has continued rising at light speed since her Oct. 30 Hamilton debut. Benton, just turned 27, looks back in wonder at that star-studded awards night she attended with her family. 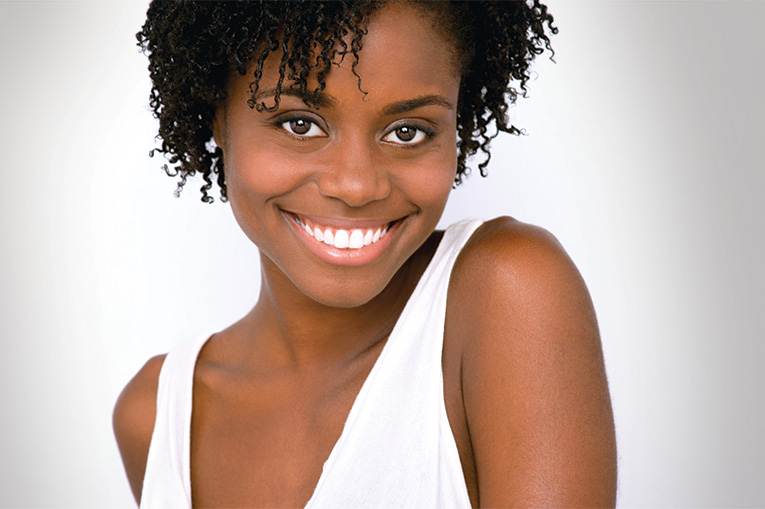 It all began for Benton at age 4 with a church performance of ‘Amazing Grace.’ Later, she immersed herself in school productions.

“It was incredibly humbling,” she says in an Orlando magazine interview. “My Broadway debut was very challenging for me, physically, mentally, spiritually. So to be nominated alongside women who had been starring and excelling and ceiling-shattering in Broadway shows for longer than I’ve been alive elicited nothing but dumbfounded respect from me.”

Benton’s transformation from the lovestruck 19th-century Russian countess Natasha in Great Comet—a musical subplot of Tolstoy’s War and Peace—to 18th-century Eliza has been challenging but not daunting, Benton says.

“I feel old enough for her, now,” she says. “A few years ago, I think I was perfect for Natasha, but Eliza is a bit more of a woman—her arc spans more time, and it’s cool to notice that my maturity level as a performer, and as a woman, has grown and is ready to fill Eliza’s shoes in a way that I [couldn’t have] when I was playing Natasha.”

Benton’s arc as a performer began when she was a toddler, says her mom, former Orlando broadcast journalist Jackie Benton.

“She seemed like she was always on stage, dancing and singing at just 3 and 4 years old,” her mom says. When Denée was 4 and attending a church music function with the family, she decided in the moment that she wanted to sing “Amazing Grace” for the congregation.

“I said, ‘Okay, go ahead,’ and she pranced up there and started singing, and that was the beginning,” says Jackie Benton, now a professional counselor who shares homes in Maryland and Florida with husband Derryl, an executive with HMS Host International.

Young Denée, who has two older brothers, immersed herself in school arts programs at Rainbow Elementary and Indian Trails Middle School in Winter Springs, then Trinity Preparatory School in Winter Park. “The school plays and chorus concerts in the cafeterias and auditoriums of these schools is where my dreams were born,” says Benton, who stood out right away when Trinity Prep Fine Arts Chair Janine Papin watched her audition.

“Denée has an inner light that shone through from the beginning,” says Papin, who cast Benton as Rapunzel in her first high-school production, Into the Woods. “What gave me impetus to do shows that would feature her, like Ragtime and Aida, was the light she had. It’s that ‘it’ factor.”

Even so, insecurity shadowed Benton at first during those teen years.

“I was always scared that my singing voice wasn’t good enough, that there wouldn’t be roles for me as a black woman who spoke and sounded like me,” says the 2010 Trinity Prep grad. “But Ms. Papin always gave me opportunities to shine instead of shrink.”

Her many talents landed Benton a coveted spot in the Carnegie Mellon University Musical Theatre program. By her senior year, she was tapped to play Nabulungi in The Book of Mormon on the U.S. national tour, which stopped at Orlando’s Dr. Phillips Center for the Performing Arts in early 2015. She also played in Mormon at Prince of Wales Theatre in London and earned enough credit from her performances to graduate with her college peers in 2014.

Within months, Benton took on the challenging role of Natasha in the pre-Broadway run of Great Comet at the American Repertory Theatre in Boston. The Broadway cast had not yet been announced and, at home with her mom in early 2016, Benton got a call from director Rachel Chavkin. She recalls running to tell her mother: “ ‘They picked me! We’re going to Broadway!’ And we squealed and cried and jumped and called my dad, and squealed and cried and jumped some more!”

Chavkin praised Benton for her “extraordinary” pipes, telling a Backstage magazine reporter in late 2016 that she’s “an unbelievably skilled actress in terms of her nuance and her ability to mingle vulnerability with core strength.”

Less than a month after the Nov. 14, 2016, Great Comet Broadway opening, Benton aced her first talk show on The Late Show with Stephen Colbert, establishing a quick camaraderie with Primetime Emmy-winning host Colbert. By June 2017, she was a Tony nominee at Radio City Music Hall for the show hailed byThe New York Times as “the most innovative and the best new musical to open on Broadway since Hamilton.”

Benton hasn’t limited her acting to the stage: She appeared as Ruby Carter on the second season of the Lifetime series UnREAL, a character who, according to the Vulture pop culture website “quickly became a fan favorite for her honesty, activism, and the way her story line resonated emotionally.”

In her Eliza role, Benton hasn’t worked directly with Hamilton creator Lin-Manuel Miranda. But she had met him a few times backstage while working on Great Comet, and “he’s as awesome and gracious as he seems.”

“One of the things that moves me most about the importance of this show is that it doesn’t present the often ‘whitewashed’ history that we receive in school,” Benton says. “While Eliza Hamilton was not historically a black woman, and I doubt George Washington rapped, it reminds the world that people of color have been on this planet and in this nation making incomparable contributions and that it could have never thrived without us.”

She’s hoping that her leading lady portrayals will help create greater opportunity for performers of color and diversity on the Great White Way. But while stage doors are opening for actors like herself, “I can still name all the shows that have people of color starring in them on Broadway, which means that there simply aren’t enough yet.”

Despite her grueling performance schedule, Benton is a proud activist who credits her grandmothers, both living in Eustis where Benton was born, as role models.

“They raised their families as black women in the Jim Crow South and made sweet delicious lemonade out of more lemons than life should ever throw at anyone,” Benton says. “I look at them and all they worked and fought for, and it’s impossible for me not to stay grounded and hope for the world around me. I see little black girls and know that the world many times isn’t going to make them feel seen, beautiful, supported and capable—things I struggled with many times over the years. . . . I want them to know that they’re not alone and that the only limits are the ones they place on themselves.”

As she navigates her New York life in all its cacophonous, bright-lights glory, one of the things Benton says she misses is the scenic journey from Orlando to Lake County to visit loved ones.

“The moss, the trees, the lakes—it’s an aesthetic I didn’t fully appreciate when I was growing up, but now it feels so nostalgic to me. Those trees feel like home.”