The award-winning journalist and the late-night talk show host invite fans to tag along for an intimate, onstage happy hour.

“I hope you know,” I tell Anderson Cooper, when his voice comes onto the other end of the line, “that never in a million years will you be able to pay for your own drinks in this town.”

Not that the CNN broadcast journalist of the silver hair and sober mien is actually much of a drinker. When Lady Gaga talked him into knocking back a glass of Jameson, he became too woozy to continue his interview with her. He may qualify as a man of the world and look like he could play James Bond, but he didn’t know the ingredients of a martini—shaken, stirred or otherwise—until Anthony Bourdain enlightened him. 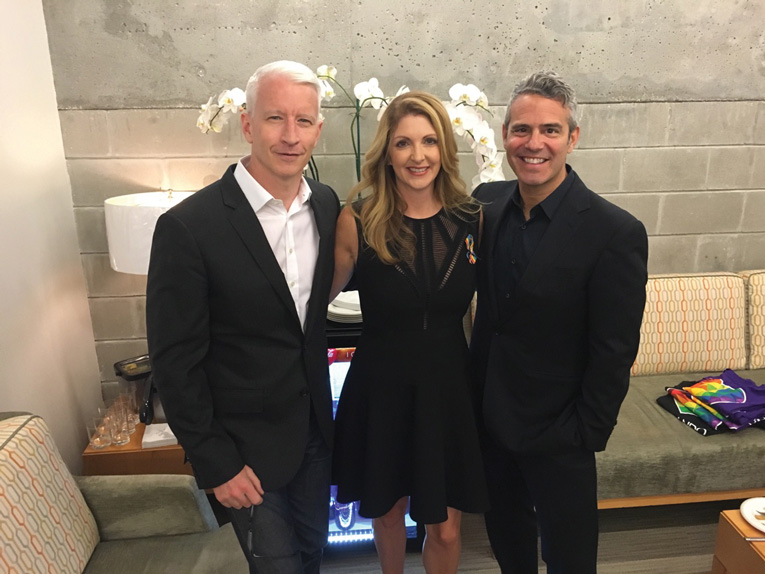 So it’s safe to say that Cooper is less likely to indulge than either the people in the audience or his Fresquila-sipping, pop culture-dishing best friend, Andy Cohen, when they return to the Dr. Phillips Center on June 16 with another installment of AC2: An Intimate Evening with Anderson Cooper & Andy Cohen. The nationally touring, pop-up happy hour gives the award-winning newsman and the Real Housewives reality-TV pioneer the chance to mock each other with faux interviews, show mutually embarrassing film clips, and dispense the latest celebrity intel.

“People are always telling Andy and me they wish they could hang out with us some evening,” says Cooper. “That’s what we try to make this feel like.”

Cooper will forever be remembered by Orlando viewers for his sensitive reportage of the Pulse nightclub tragedy two years ago. He and Cohen also brought AC2 to Orlando two weeks after the attack as a benefit and a way to help the community heal.

“The evening is time out from all that,” he says. “I’m enmeshed all day long in my work. So is everybody else. People like to have a night off, put politics aside, have a laugh whether they are gay people or straight people, Democrats or Republicans.”

Escape is somewhat of a theme in Cooper’s life. He is a Vanderbilt on his mother’s side: When, as a little boy, he was shown the statue of his great-great-great grandfather Cornelius that stands in front of Grand Central Terminal, he took it as evidence that when old people die, they turn to stone. But he’s embarrassed by his carriage-trade genealogy and has no interest in inheriting the fortune that’s part of the package: It has been arranged that he won’t get so much as a cent from the mother he adores, 94-year old fashionista and socialite Gloria Vanderbilt, and he’s fine with that, having eschewed trust-fund-baby status in favor of the millions he’s accumulated on his own in his journalism career.

His ratings are enviable: Anderson Cooper 360 is CNN’s top-rated prime-time show. His interview with Daniels netted the iconic CBS in-depth show its biggest single-episode audience in more than a decade. But having spent half his life as a talking head, Cooper, who describes himself as “painfully shy,” is positively giddy – well, what apparently passes for positively giddy if you are Anderson Cooper – about spending an evening with a rowdy crowd and a wingman who gives him the giggles.

“Being on stage in front of a live audience, getting that immediate response – it’s not staring at a camera. It’s intimate. That’s an extraordinary feeling for an introvert like me.”

He has been covering tragedies ever since deciding, at 24, that he wanted to be a foreign correspondent. It was a choice driven by both ambition and desperation. As he explains in a poignant memoir, Dispatches from the Edge, he was trying to outrun his grief at losing his older brother, who had committed suicide by leaping from the balcony of his family’s 14th-floor Manhattan apartment. 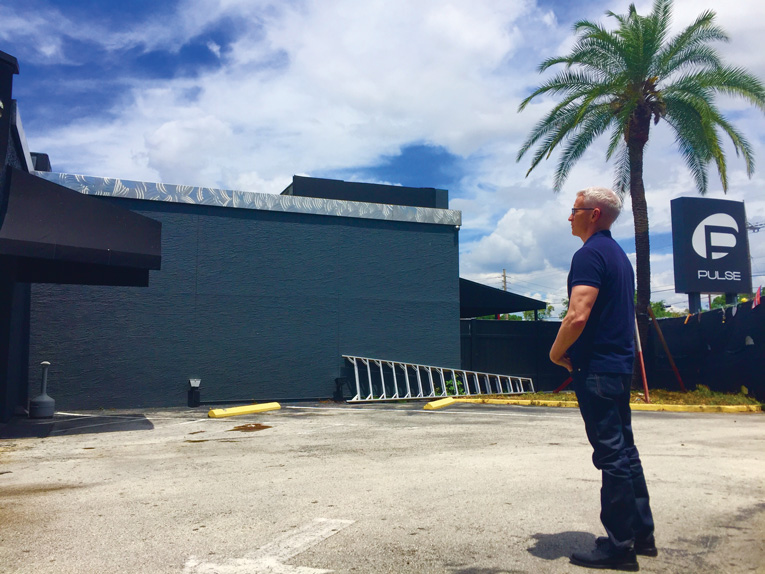 Cooper kicked off his career single-handedly, buying a home-video camera, drafting a friend to forge a press pass for him, and flying to Myanmar to cover a revolution. His footage there and elsewhere was eventually picked up by networks, and he has since covered the likes of a tsunami in Sri Lanka, mass starvation in Nigeria, battles in Baghdad and Bosnia, and, back in the U.S., flooding in New Orleans.

But among all those tragedies, his compassion and hard-fought composure in covering the Pulse nightclub attack has a place all its own.

Cooper, the second network news correspondent in the country to come out as gay (MSNBC’s Rachel Maddow was the first), had just arrived in London for a brief vacation when he heard about the attack and asked CNN if he could return to cover it.

He adheres to a personal policy of never uttering the name of an attacker in mass shootings on camera. Instead, in a shaky but resolute stand-up outside the nightclub, he recited the names of all 49 victims of the massacre and delivered a brief biographical sketch of each. Somehow, he made it all the way through.

When he interviewed Florida Attorney General Pam Bondi, he challenged her about her track record on gay marriage. When he interviewed Christine Leinonen, whose son, Drew, was killed in the attack, he held her hand from start to finish.

“I didn’t know I needed it. But he knew,” remembers Leinonen.

He later did the first in-depth interview with Pulse owner Barbara Poma on the anniversary of the attack.

“He’s my favorite, and he was even before Pulse,” says Poma. “He is just an amazing human being.”

It’s tempting to view Cooper as the brains of AC2, and Cohen, whose most recent book is Superficial: More Adventures from the Andy Cohen Diaries, as his comic-relief sidekick. Not so, says Cooper.

“We couldn’t be any more different. I’m shy, and he’s the life of the party. He’s an optimist and I’m a catastrophist. But people are a little surprised when they discover how thoughtful he is.”

It was actually Cohen’s idea to bring AC2 to Orlando for the 2016 benefit, which raised $240,000 for the OneOrlando Fund. Like Cooper, his success represents a gay rights milestone: He is the first openly gay host of a network talk show, Bravo’s Watch What Happens Live with Andy Cohen. Also, like Cooper, he’s not afraid to take a stand. He was slated to emcee the Miss Universe pageant that Donald Trump staged in Moscow as a way of currying favor with Russia in 2013. But he wound up resigning from the show as a protest against that country’s institutionalized prejudice against gays. Among other things, the peacock insignia of NBC, one of the sponsors of the event, was broadcast in black-and-white because it was feared its rainbow colors might represent a gay-friendly vibe.

Though the two have both recently ended long-term relationships and often vacation together, they say they’re not romantically involved. “Eww – awkward,” says Cooper, when the question comes up.

The inspiration for the onstage Cooper-Cohen partnership is a bit of a shadowy,  “Luke, I am your father” origin story: An agent, mentioning the successful two-man talk-show tour of comedian Dennis Miller and conservative Bill O’Reilly, suggested that the two of them could put something similar together.

Thanks to O’Reilly’s dismissal from Fox News after the revelation that he had paid $50 million to settle several sexual harassment lawsuits, the Miller and O’Reilly tandem is no more. AC2 is still going strong.

“I feel like what people will wind up seeing on this show is the best possible version of myself,” says Cooper.

You could argue that we’ve had a pretty good view of that already.

For ticket information about AC2, go to drphillipscenter.org