Spotlight: A New Happily Ever After

A diagnosis turns a young woman’s life upside down, leading her to rethink storybook heroes for kids.

Before February 2017, Kristen Waldbieser was teaching fifth grade at Sunrise Elementary School in Orlando and enjoying the active lifestyle of a 20-something that included time with friends and family at Walt Disney World.

But a diagnosis of postural orthostatic tachycardia syndrome (POTS)—a heart condition that could cause Waldbieser to pass out from exertion, a change in position, heat, or going from heat to cold—changed everything.

“My doctor looked at me and said, ‘Is your job at all stressful or physical?’ I said, ‘I teach fifth grade.’ He said, ‘Yeah, I think it’s time you not do that, at least for now,’” the Celebration resident recalls. “My doctor said, ‘You can’t go on roller coasters anymore. You can’t be out in the heat. You can’t go up stairs. You must always use an elevator.’ There was this long list of things I could never do again.”

For months Waldbieser’s life was on hold as she struggled to regain strength and establish her new normal, which would mean using a wheelchair occasionally, especially when a lot of walking would be required. But her first trip to Disney in a wheelchair gave her inspiration. 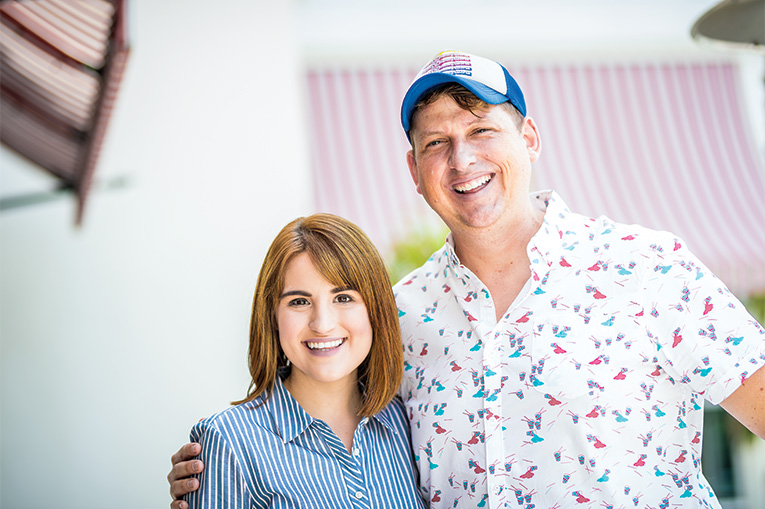 She got busy. Waldbieser, who had already written a series of fanciful tales titled Stories from the Magic Kingdom with co-author Patrick Kling, created a new kind of princess—Princess Audrey, a heroine who uses a wheelchair and exudes positivity and ability—and wrote a collection of stories about her.

But Waldbieser didn’t have an illustrator, so in her newfound free time, she taught herself to draw. “I had a lot of time, and I really wanted to work on drawing. So every day I would sit down and say, ‘Okay, this is what a face shape looks like. This is what eyes look like.’ Finally I said, ‘She’s starting to look less like an alien and more like a person.’”

The Story of Princess Audrey was published in November by Amazon and immediately made the site’s “Hot New Releases” list. “That was one of those surreal moments,” Waldbieser recalls. “I was blown away.”

Shortly after publication, Waldbieser read the book aloud for the first time to children at Give Kids the World Village, where she has volunteered for several years. Village entertainment manager Deborah Berk says youngsters found the story positive and relatable. “Kids love seeing other people who are like them. A lot of the stories about disabled or terminally ill kids are sad. [Princess Audrey] is not focused on her limitations. She goes on the same adventures her friends do.”

The stories echo Princess Audrey’s mantra: “You can do anything beyond your wildest dreams, and nothing can stop you from shining brighter than any star!” Waldbieser says the mantra is straight out of her own playbook. Kling has seen his friend live it out.

“When we were writing Stories from the Magic Kingdom, that’s when she first began to realize she couldn’t teach anymore because it was too strenuous for her,” recalls Kling. “She always has had a positive attitude about it. She has an amazing perspective,” he says.

Waldbieser recently released Princess Audrey Saves the Prince, a chapter book in which a dragon kidnaps Prince Emmet. The book, at a third-grade reading level, comes with a teacher’s guide.

“Audrey doesn’t want to just wait for him to be rescued, so she gathers her friends and plans to rescue him herself,” Waldbieser says. Audrey enlists the help of a blind pirate named Buccaneer Billy and his seeing-eye parrot, Ruby.  The author-illustrator plans to continue the series, with each subsequent book featuring a character with a different disability.

Waldbieser continues to make appearances to bridge the gap between ability and disability. She has read her first book to kids at the Crayola Experience, the Orlando Science Center and the Bohemian Hotel Celebration.